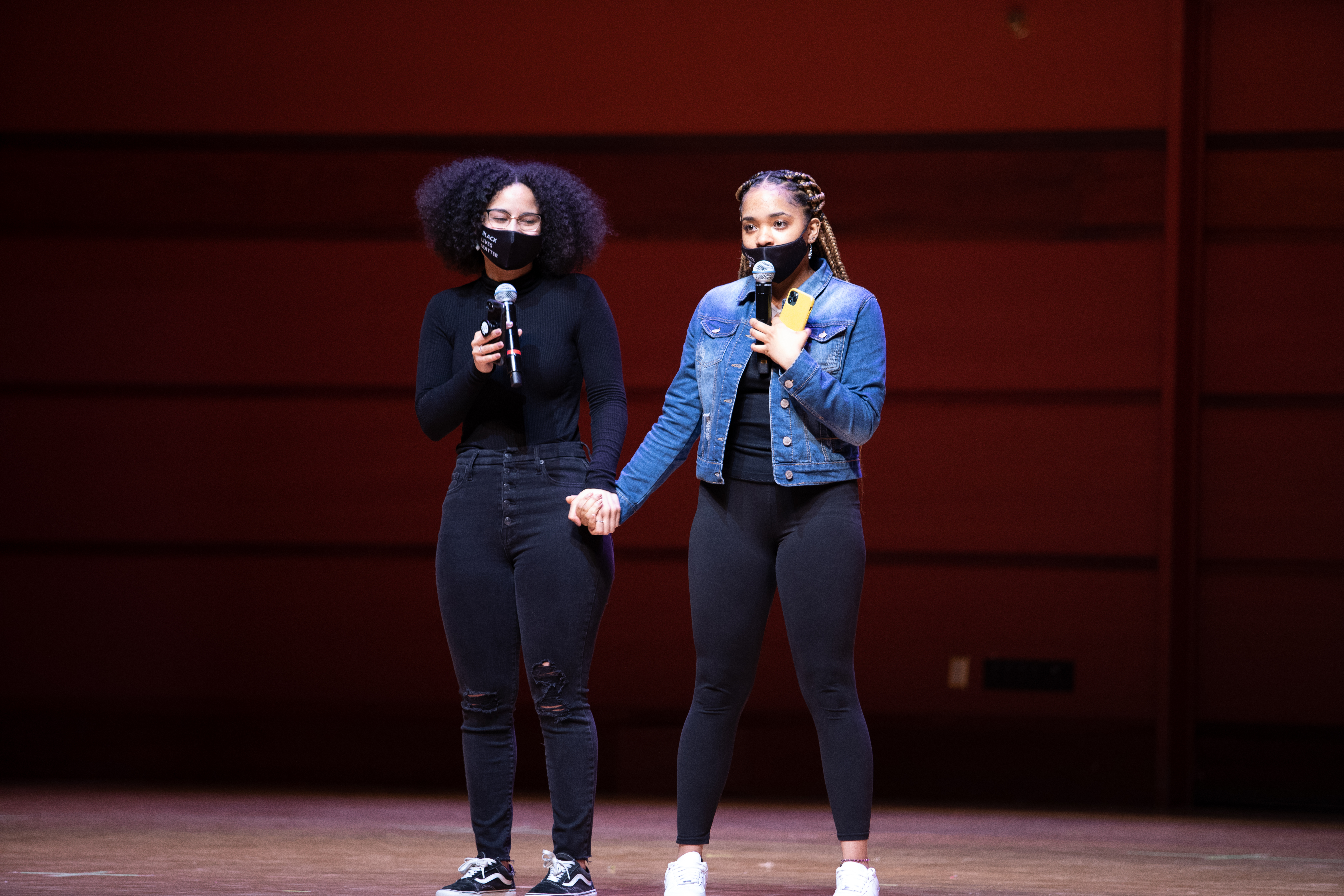 The United Cultures of Bethel held a celebration of Black History Month on Thursday.

Benson Great Hall was filled with Bethel students on Thursday, the red, yellow and blue clothing brightening up the space. The atmosphere was full of excitement as the students shared an important part of who they are.

The event, organized by Black Student Union leader Jireh Babalola and United Cultures of Bethel, started with an opening prayer followed by a video featuring several Bethel students explaining what Black History Month means to them.

“Today is a day to honor our history,” Babalola said.

The event started with a mashup of songs including “A Change Is Gonna Come” by Sam Cooke and “We Shall Overcome” by Pete Seeger. The night was full of cultural dancing, students singing and teachings about the history of Black culture. Guest speakers included Campus Pastor Laurel Bunker and a local artist by the name of MPLS Drew, who performed two original songs titled “Listen” and “Simple Lies.”

“I think it’s really important to not only educate, but to showcase the beauty of Black culture,” Esther Adeniyi, a freshman who participated in the event, said. “I really enjoyed how we were able to represent not just one sector of who we are, but multiple sectors.”

In a spoken word by Talia McWright and Diameshia Ford about Black history, the concept of American freedom was critiqued.

“We call it land of the free, but for our people it can be like more of a living hell,” McWright said.

0 comments on ““A showcasing of Black culture””