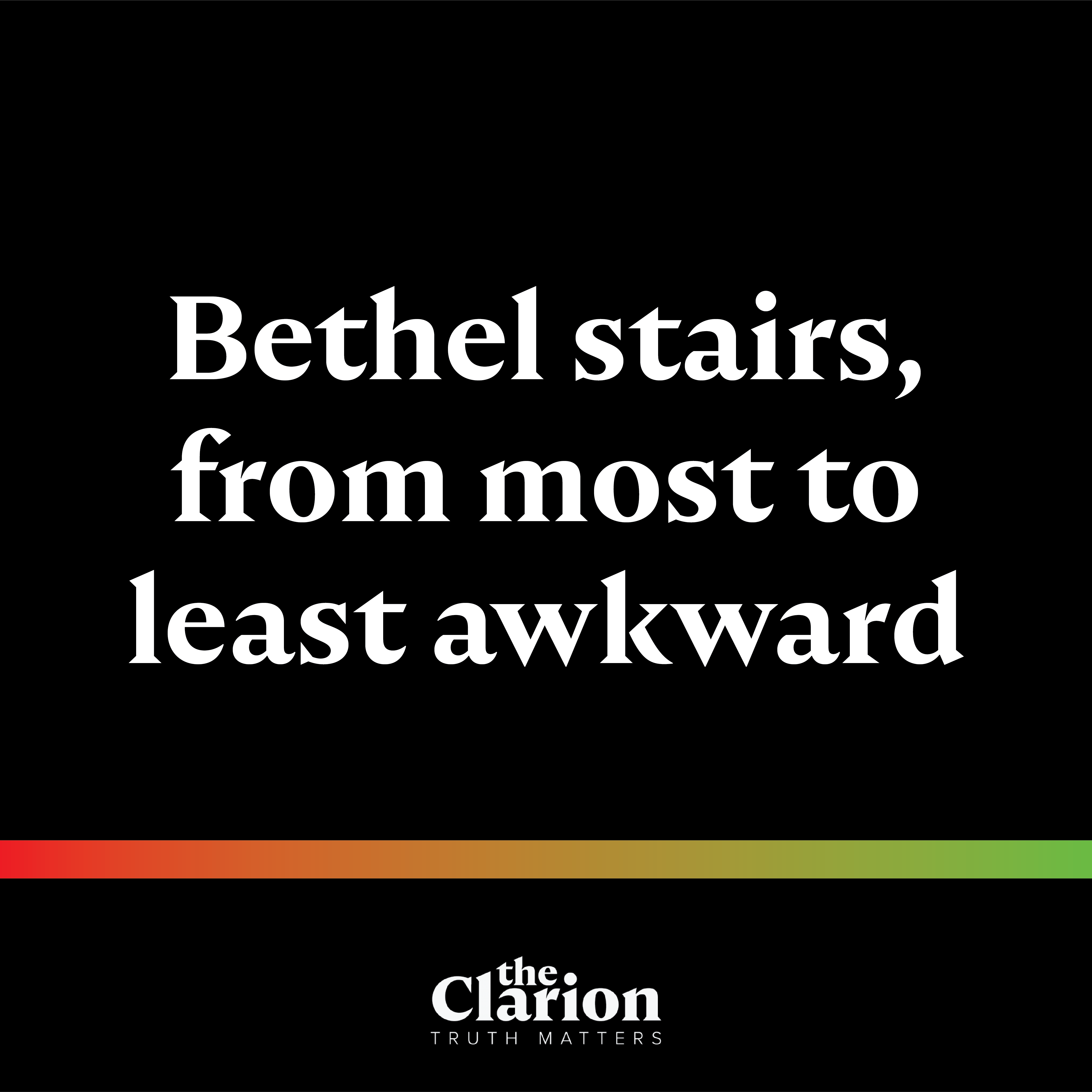 By my second semester at Bethel, I’ve come to the irrefutable conclusion that the architects responsible for the campus stairs were unusually tall with little to no empathy for those of us with below-average leg length. To further avoid public humiliation, I recommend that the vertically challenged take a look at this list and make changes to your routes accordingly.

INSANELY AWKWARD: The stairs between HC and CC. Are you supposed to take two steps? Or three? Or just get a running start and try to only take one? This campus was designed for oddly proportioned people like Matt James.

SLIGHTLY LESS AWKWARD, BUT STILL AWKWARD: The stairs leading up to the BC Patio. There are two parts to the staircase and they’re not the same size. What’s with that?

POSSIBLY SLIGHTLY MORE TOLERABLE: The Arden West staircases. In stark contrast to the atrocities listed above, these are so short and close together that I can take them two at a time without feeling like an asthmatic. Not exactly the vibe when they’re frozen over, but I can’t hold Minnesota weather against them.

SORT OF NORMAL, MAYBE: The Egg stairs. They’re fine, I guess, but also a wonderful spot to trip and spill whatever overpriced beverage you happen to be holding, and only when people happen to be watching!

LEAST HAZARDOUS FOR SHORT PEOPLE: The CC and HC staircases. Finally, some standardized step sizes that don’t make me feel inferior to the above-average-leg-length people of the world.

1 comment on “Hotlist: Bethel stairs, from most to least awkward”