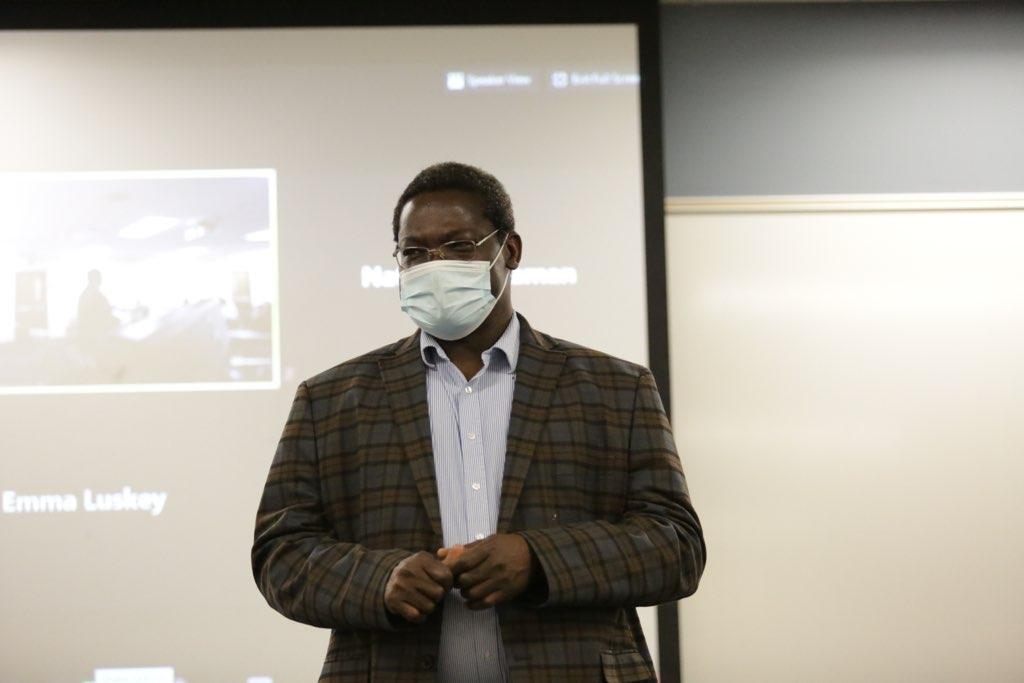 Four professors from diverse backgrounds share how growing up outside of the United States has shaped their teaching style.

Professor Ann Job has lived on four continents throughout her life. She was born in India, grew up in Nigeria and the United States, and eventually pursued higher education in France and Switzerland before returning to the U.S. Although difficult at times, Job appreciates this diverse cultural background that she was exposed to.

“It forces you to think about who you really are and what your relationship with others is,” Job said. “At a certain point I realized I am more American than Indian…but I’m Christian first.”

Job enjoys teaching at a Christian school because she can use a teaching approach that integrates her faith. At the start of the Principles of Economics course, Job begins with a prayer for the persecuted church around the world. Along with this, she uses the opportunity to not just teach economics, but also bring her perspective that students might not otherwise have.

By bringing in real life economic examples from an international perspective, such as the Dutch Disease and the advantages of free trade between countries, she helps students step out of their comfort zone and learn about different parts of the world.

“In terms of teaching, what I try to do as much as I can is deliberately move a little bit away from us just thinking about ‘America, America, America’ all the time,” Job said.

When Professor Bernon Lee first arrived in Canada to study at the University of Calgary, he was told by his host family that the way he ate his rice and curry was wrong. The way he mixed his food together, as he would do back in Singapore, was unusual. While living in Singapore, Lee was used to one specific way of living because more than 70% of the population was ethnic Chinese.

He was also surprised by the strong sense of individuality and personal freedom in North America.

“At first it was actually exhilarating,” Lee said. “It was wonderful because it was that brand of thinking that allowed me to do what I did.”

Within the very competitive academic culture of Singapore, Lee felt like he was wearing a straightjacket in which the only two ways to succeed were either to become an engineer or a doctor. However, when he studied in Canada, Lee was able to pursue whatever he found interesting. History. Classics. And eventually the Hebrew Bible.

Lee admits that it is challenging to connect to students at times because he is sometimes one of the first people to propose an entirely new way of thinking to them. This cognitive disequilibrium can cause some students to brush off his classes in favor of more straightforward ones.

“You learn one thing,” he said. “And over time you convince yourself that that is the thing.”

In his classes, Lee often challenges students to think critically past what they have always believed to be true.

“You really read the Bible over a lifetime, and the meaning of the Bible is not the same in the course of your lifetime,” Lee said. “Your journey in life will change the meanings that you discover in Scripture.”

Bringing in his own global perspective allows students to figure out what they actually believe and why they believe it. Although this can be overwhelming, Lee reassures students that these shifts aren’t unusual, but natural.

Every Sunday, as an 8-year-old, Professor Andy Bramsen pushed around couches and benches in their family living room in Saint Louis, Senegal. Each week, 20 to 30 friends and neighbors joined his family to make room for the house church. As the child of missionaries, Bramsen’s family moved to the west African country of Senegal when he was a baby, and he lived there until he was 17-years-old.

“Having grown up in this very hospitable, people-focused environment, [I realized] that I wanted to invest my life in people,” Bramsen said.

Although he didn’t continue on as a missionary, Bramsen looked to teaching in order to fulfill this calling. In the classroom, Bramsen tries to bring the process of becoming more people-focused into his teaching.

“Not that careers and goals aren’t important, but in Senegal, people are very focused on relationships and people,” Bramsen said. “When a person shows up, you are going to prioritize that person.”

In a normal year, Bramsen and his wife Sara would have entire classes over for meals in order to get to know them on a deeper level, outside the classroom. They try to continue the legacy of hospitality that Bramsen grew up with in Senegal.

With more than 95% of Senegal’s population being Muslim, Bramsen was a part of the religious minority. Christians in his community would come together, regardless of denomination affiliations or cultural backgrounds. Through this, Bramsen learned to “appreciate the Body of Christ in a bigger way.” Methodist. Southern Baptist. Lutheran. French. Togolese. Senegalese.

“Those other identities are secondary to that identity in Christ,” Bramsen said.

Teaching at a place like Bethel, Bramsen has been able to highlight denominational differences while also reminding students that they are united with Christians as a whole. In the political science and humanities courses that he teaches, Bramsen wants students to realize that their reality is not the only valid reality.

“I think it’s easy for us to look down on the developing world,” Bramsen said. “And that’s often a really wrong perspective.”

In Senegal, Bramsen saw a greater appreciation of relationships over material possessions and socioeconomic status. The Senegalese focus more on connecting with God and others, and Bramsen tries to live this out every day.

Professor Samuel Zalanga was born to low-income farmers in northeastern Nigeria, one of the poorest regions of the country. Zalanga attended the local Bible school and eventually received a scholarship to continue his education at Bayero University.

Zalanga originally wanted to study law, but after learning about Karl Marx, he was drawn to sociology. Although Marx’s beliefs eventually laid the foundation for communism, learning about him was a turning point for Zalanga because of his emphasis on justice, not just charity.

“I never had heard anybody who spoke very clearly to me caring for the poor,” he said. “So when I heard that lecture on Karl Marx I thought, here is a European German, but he seems to be aware that there are poor people like me in the world.”

After receiving his master’s degree, Zalanga realized that he could not have a promising future in Nigeria due to his socioeconomic status. His Christian family were also religious and ethnic minorities in Nigeria, so Zalanga wrote letters to more than 60 universities all over the world, wanting a scholarship for his doctorate degree. The director of graduate studies at the University of Minnesota Department of Sociology responded.

Zalanga had no money to pay the application fee so the director paid for it himself. He also loaned the Nigerian student money for airfare to the U.S.

“I think one of the ways I can honor him is to invest in students like he invested in me,” Zalanga said.

Zalanga struggled to make meaningful connections with students when he first started teaching at Bethel in 1999.

“For a minute or two, my mind would go off kilter because I would be thinking: what is happening here?” he said. “All these white students, and here is me, this boy from rural Africa who grew up very poor standing before them.”

Zalanga had to get used to this new dynamic, and he eventually opened up to his students. He realized that his background brought a unique perspective to the topic of sociology that many of his students had never heard before.

“I started understanding the need to talk about myself,” Zalanga said. And once he started doing that, he began to connect with his students and engage them in the course material. Through this approach to teaching, Zalanga hopes to equip his students with the passion and perspective to help the less fortunate in Nigeria and all over the world.

0 comments on “Teaching through a world lens”