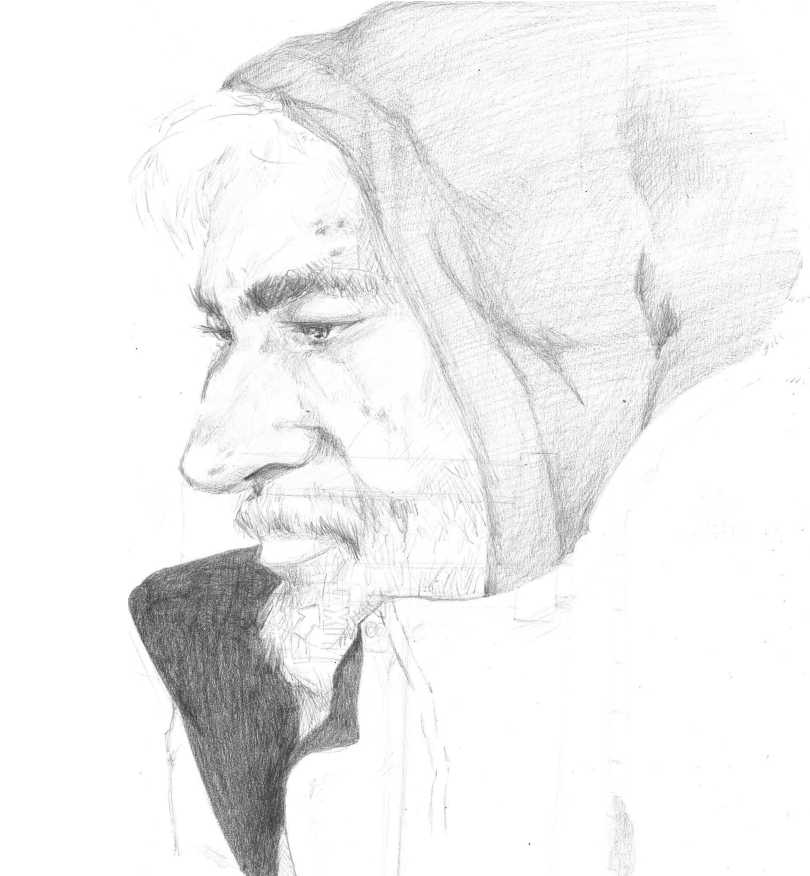 Lent is a season of penitence and lament. It is the road that begins at a manger and ends at the cross. As I write this, we are little over halfway through this journey. And as we inch closer to the cross, I’m beginning to wonder how faithful we as a community––myself included––have walked this road.

Before we begin this journey though, I must make a confession: I didn’t attend an Ash Wednesday service. While most walked around campus with their foreheads covered with ashes, I sat with mine in a Dietrich Bonhoeffer book. For everyone around me, time had shifted—now was when the annual “taking a break from social media” posts and casual comments about giving up caffeine would begin.

Lenten time is different from ordinary time, because time itself slows down––we take time to face the things we usually neglect. But while everyone around me seemed to be making this transition, I sat, taking notes on Bonhoeffer’s sociology of the church, not feeling slowed down––or penitent––at all.

A few days later, I finished the book. I won’t lecture, but I will share with you his sentiment: Christ exists as community. This is Bonhoeffer’s genius (and why I label myself a “Bonhoefferian” in my Instagram bio): he claims that we encounter Jesus Christ in community, in other persons.

The same day I turned the last page of “Sanctorum Communio,” I went to my favorite coffee shop in Minneapolis. With flurries of snow collecting on my windshield, I drove down I-35 and onto I-94. As I got off the interstate, I saw a man standing on the side of the road. With his hands in pockets, he was watching the cars go by. His hood was up, and his face was hidden from me. He was homeless, I assumed.

In that moment, I heard the words of the prophet Isaiah: “He was despised and abandoned by men, a man of great pain and familiar with sickness; and like one from whom people hide their faces, he was despised, and we had no regard for Him. It was our sickness that he himself bore, and our pains that he carried. We assumed he had been afflicted, but he was pierced for our offenses, he was crushed for our wrongdoings, and the price of our peace was laid upon him.”

Encountering a homeless person on the streets of Minneapolis isn’t uncommon. And yet, in that moment, I felt a change. I felt time slow down. I felt its weight catch up to me. Most notably, I felt sorry.

Five minutes later, I sat down with my coffee and thought of the homeless man again. As I relived that moment, I saw something I hadn’t before. I saw his face. And I recognized him. When I looked back at the man on the street, I no longer saw a stranger; I saw Jesus Christ––and I had driven right past him. I had neglected him. I left him there, standing in the cold.

Driving down Lyndale, I hadn’t just seen a homeless person. I had seen the perishing Jesus. And, as I looked at him, I saw my own sin––my participation in a society that refused to make room for or regard a man on the street––and felt the weight of its tragedy.

Lent, like sin, is relational. The point of reflecting on the reality of sin is that it leads us to look for hope—it points us toward the cross. But when we reflect on ourselves and walk the road of Lent with our heads bent toward the ground and our hearts turned inward, we disregard the person on its side; the one stripped and beaten, half on his way to death; the one despised and abandoned. And as we walk toward the cross, we fail to acknowledge the one for whom it waits.

This, I believe, is what Lent has become for us today––and I say this not as a faithful exemplar or self-proposed saint, but as a sinner who, on this very road, stands guilty. We no longer lament the tragedy of sin, but focus instead on our own sinfulness, believing that individual penitence is this journey’s only demand. We choose cheap grace over costly grace, the grace of the cross, the grace of the other and the grace of Jesus Christ. Such grace is costly because it condemns our sin––it requires us to set aside ourselves––and it is grace because it meets us in the face of our neighbor.

The road of Lent is costly, but it leads us toward hope. So, Bethel community, this is my hope: that we confess our inwardness and disregard for our neighbor (the vulnerable, the homeless, and those outside the bubble). That we slow down and notice those on the side of the road––and lament with them. And that we see in them the face of Christ and walk with them to the cross.