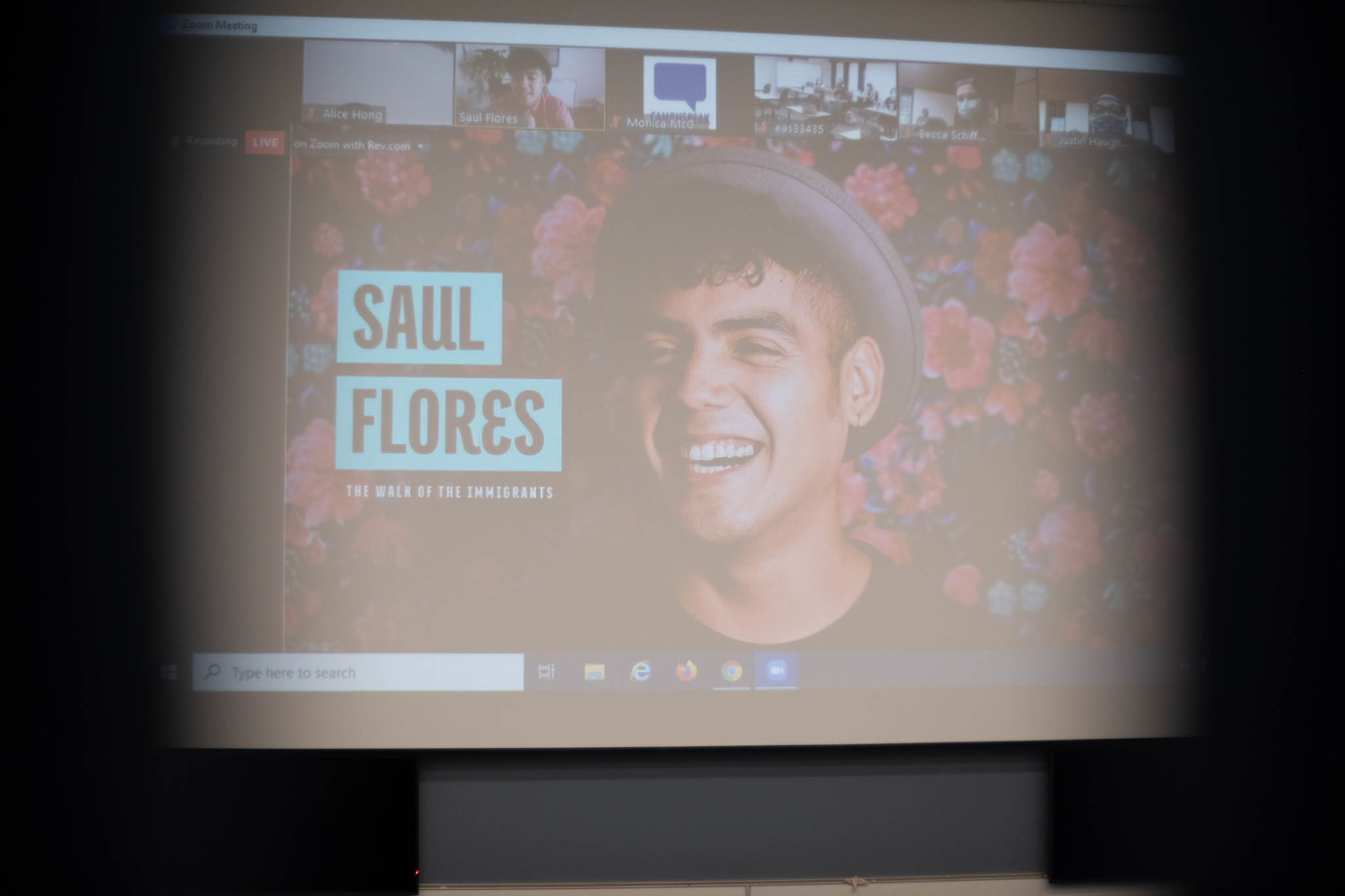 Bethel University hosted Saul Flores, who traveled 5,328 miles from Ecuador to North Carolina to photograph the experience of immigrants like his parents.

With a house of five children, Jaunita Garcia’s father, Mario, was the only one bringing home money from a job working long hours in California agriculture. Since Mario passed away last year, his legacy lives through his children, including Garcia, a senior Social Work major at Bethel.

“Because of his hard work it made me want to work hard to give back to him what he gave us,” Garcia said. “I am not sure if the general public takes into consideration the sacrifices many had to go through to immigrate to the United States to give a better life to their family.”

On April 6, UCB director Alice Hong and Campus Speaks, a program that provides motivational speakers for colleges, hosted an event called The Walk of the Immigrants.

“Immigration is such an important topic that’s not discussed very well, especially in the politicized setting,” Hong said. “I thought that it would be really productive and healthy for us to host this sort of event, especially at this time.”

The speaker Saul Flores still remembers being a freshman in college and realizing for the first time how American media talked about illegal immigrants like his family. On the news, a woman was swimming the Rio Grande on her way to the United States with a baby tied to her back.

Flores heard the newscaster say, “It would be easier if the river just swallowed her whole.”

This news story came days after he had been in Mexico visiting his grandmother and extended family when he was told his mother’s school in Mexico was being abandoned. If their families could afford it, the kids could go somewhere else. Most couldn’t. Flores started his journey to the United States with four goals: Walk from Ecuador to North Carolina, raise awareness for the immigrant experience, photograph the journey and sell it to raise money to rebuild the school in his family’s hometown.

Flores left a village in Columbia and headed toward Panama City, deciding to take a boat with a man named Remundo. It took days of paddling to reach Panama City, and when they did, Flores tried to pay the man. Instead, Remundo wanted him to deliver a message to fellow Americans: There are good people in Latin America.

“I feel like when you hear about a statistic made about a group of people it’s really easy to create this narrative in your head, but sitting down and actually listening to someone’s story humanizes [them],” Hong said.

Flores gained national attention and succeeded in all his goals. He visited the school in his mother’s hometown when it was completely rebuilt. Students in white shirts lined up in front of their new building for the first time and one parent gave him a gift to remember the families he helped.

“I want you to know that if you cement yourself in a passion and you use that passion to serve your own community, you will have the capacity to create incredible change,” Flores said.

Some of Flores’ favorite childhood memories are Saturdays he would spend going to his mom’s cleaning job with her, where her boss always let them eat food from her pantry. Once, his sister was eating a croissant and Flores smelled bleach. He followed it and saw his mother cleaning the floors. He then prompted participants.

“[My dad] was about 8 years old when he immigrated to the United States,” Garcia said. “Till this day I’m not sure how he managed everything with five kids and one income. He sacrificed so many things for us so we can have a good life.”

The Zoom recording is available for the next 30 days and Flores will be coming out with a documentary “Love Walk” soon to tell the story of his mother and three girls from the school.

0 comments on “‘The Walk of the Immigrants’”