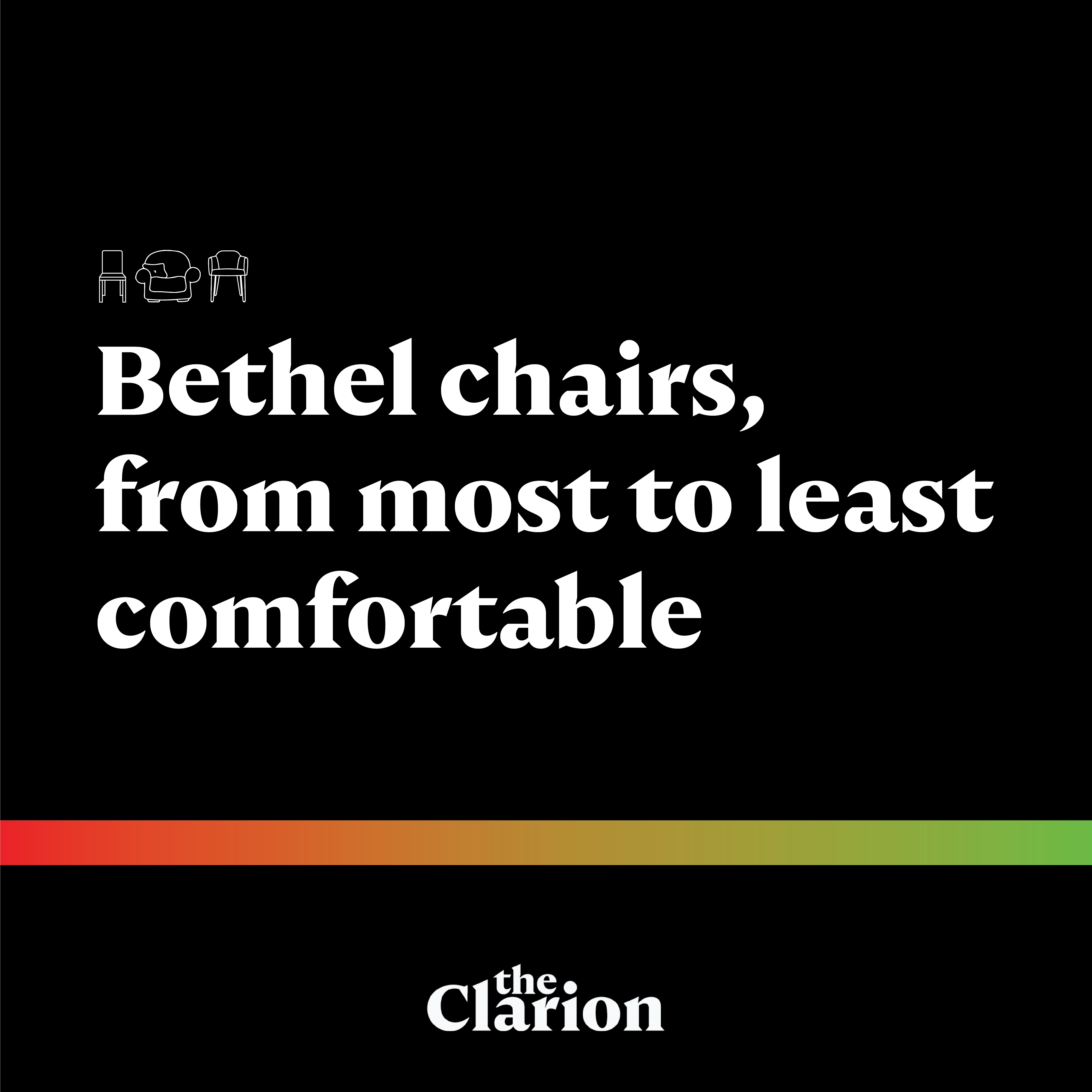 From the pen that brought you the rankings of Bethel’s ridiculous staircases comes a new, but no less necessary, ranking: Bethel chairs.

Could qualify as a cloud: The “Comfy Chairs”

Maybe you’ve never gotten the chance to sit in one because they’re constantly full of students enjoying their meals and lack of homework in the luxury of a leather seat. Or maybe it’s because they’re in pods of three or four, and if one of them is taken, there’s this unspoken rule that you don’t sit in the one next to it, because it’s weird, right? But if you have gotten the chance to sit in one, I can’t believe you gave up that seat. I’d move in there. In all its glory, I think we pay Bethel’s tuition for the BC’s comfy chairs.

The very definition of underrated. They don’t look like much, but I’m telling you, you sit down in one and you’ll probably never get back up. I’m kind of jealous whenever I walk by someone sleeping in one, headphones in and with absolutely zero care in the world. Oh, to be sleeping. I was going to specify what and where the HC is, but then I realized I still don’t know what it stands for.

Not even any specific type of rolling chair. Just in general. All the rolling chairs. I don’t know if this makes me childish, but if it does, I absolutely refuse to succumb to the terror that is adulthood. A world without rolling chairs is not a world I want to live in.

The folding seats in BGH definitely could be worse. They’re honestly not bad during a two hour lecture, by any means. And they’re good for slouching. Not my choice seating, but also not to be taken for granted, given that they’re college auditorium seats.

Dining Center seating is just so incredibly… average, which isn’t a compliment, really. If somebody came up to me and said “you’re average,” I think I would be mortally offended. So, with apologies to the DC chairs… they really aren’t the move. Petition to sit on those giant yoga balls while dining in the DC, anyone?

These really shouldn’t exist. I’m not sure they qualify as chairs as much as they do a collection of wooden planks. They rock, which is kind of fun, but you can really only sit in one for so long before your rear end begs for mercy. (And by “rock,” I mean rock back and forth, not rock in the way that the Jonas Brothers do). I find myself doing homework (or putting it off) on my dorm room floor or straight up on top of the desk more often than sitting in those slightly untrustworthy wooden abominations.

0 comments on “Hotlist: Bethel chairs, from most to least comfortable”