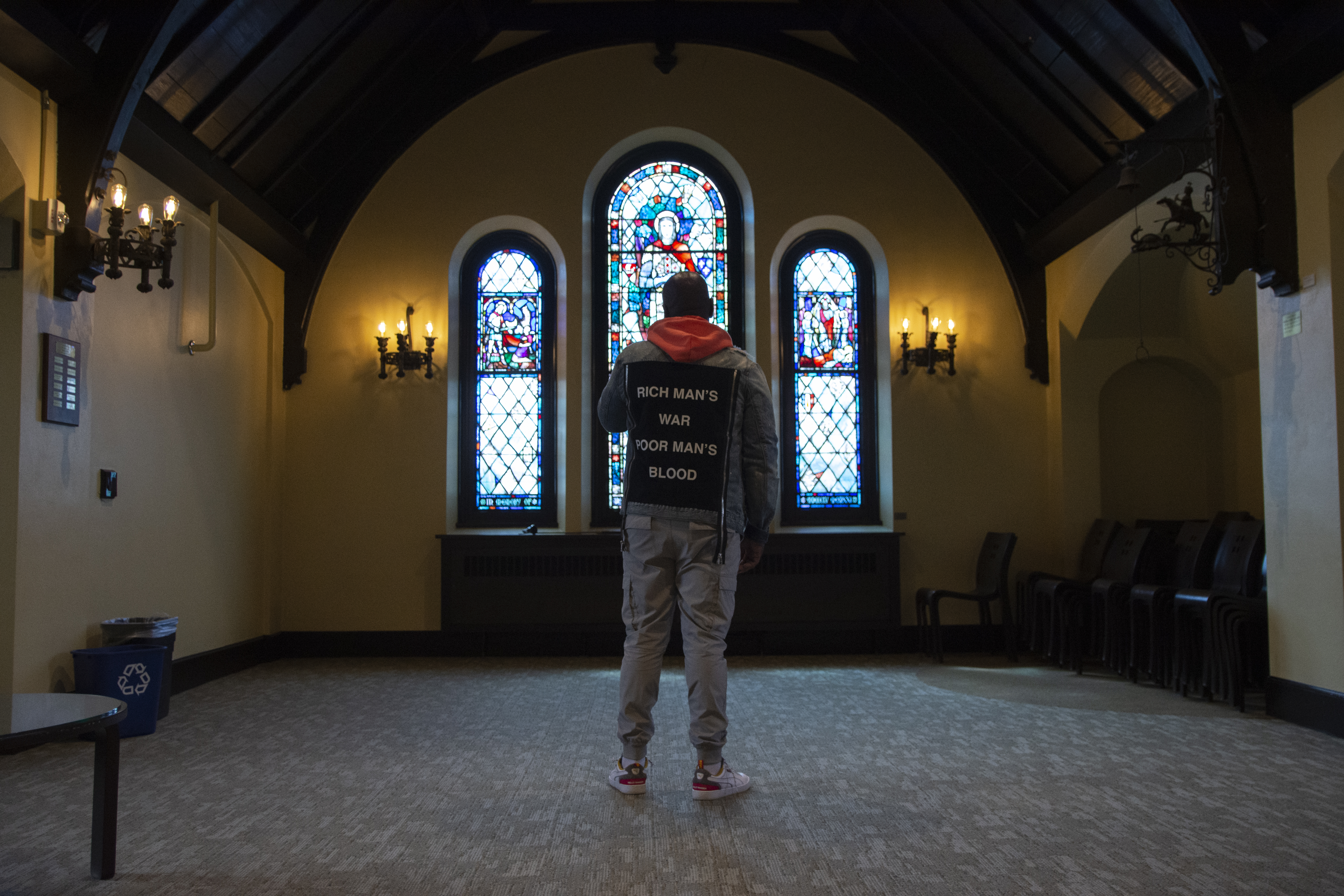 After being forgiven by the man he shot, Pastor Danny Givens transformed his life into one of activism and spiritual leadership.

He had been in prison for six years already when he decided he needed to start going back to church.

“I really just reached the end of myself,” Givens said. “I didn’t care what it was, I just needed to go somewhere and hear some word. You know, I needed to hear some hope.”

Six months into his churchgoing, Givens heard a message on Jeremiah 29:11: “For I know the plans I have for you, declares the Lord, plans for welfare and not for evil, to give you a future and a hope.”

Givens couldn’t believe that God was thinking about him. A man who started selling drugs at the age of 10. A gang leader. Someone who had shot an off-duty police officer in the stomach.

Givens was incarcerated for attempted armed robbery of a Veterans of Foreign Wars Hall, a popular Rondo neighborhood hangout in St. Paul, when he was 19. He exchanged fire with off-duty Ramsey County sheriff’s deputy Art Blakely, a pillar in the Rondo community. Blakely was shot once in the stomach. Givens was shot twice.

After his surgery, the first thing Blakely said was “How is the young man?”

Blakely lived only a few blocks from Givens and his family, so immediately after being discharged from the hospital, he went to Givens’ mom’s house to see how she was holding up.

“This is our community. This is Rondo,” Givens said. “We lean into tension.”

Blakely didn’t want 19-year-old Givens to be stuck in prison for the majority of his life. Unbeknownst to Givens, Blakely wrote to the judge to get him out early. He wanted to give Givens a second chance. Instead of having to serve up to 60 years, Givens ended up serving 12.

Givens, now 43, had grown up in the church, attending regularly with his grandparents. When he was nine years old, Givens’ grandmother told him he was going to be a preacher when grew up. She said she just knew it. Yet Givens ran from this life, getting involved in the drug-filled violence that soon became normal to him. It wasn’t until after those first six years in prison that Givens noticed God working in his life.

Sitting in the very back of that Saturday service on Jeremiah, it finally clicked for Givens. The preacher held an altar call, saying everyone in the congregation was saved if they wanted to be.

“I was almost kind of stunned or numb, and the Holy Spirit shook my head no,” Givens said.

The preacher then called out to him saying, “Young brother in the back, you ain’t saved?”

The Holy Spirit shook his head even harder. That was when Givens was invited to receive the Baptism of the Holy Spirit with the evidence of speaking in tongues. He walked up to the front of the church and bowed his head in prayer to start, but the preacher tilted his chin up.

And the Baptism took place.

“God touched me then,” Givens said. “I received my call.”

After the ceremony, he was told to leave and tell people that God changed his life. Immediately the next day, Givens was in the prison yard leading Bible study and prayer groups.

Although he was not officially ordained until being released from prison in 2008, Givens already knew he wanted to take his faith further, so he enrolled in Bethel’s Adult Undergraduate Christian Ministries program.

“I was going to school to be an informed believer,” Givens said.

The program introduced Givens to his mentor and friend, Dr. Gary Stratton. As the director of the Christian Ministries program at the time, Stratton held interviews with all incoming students.

After their first interaction, Stratton knew that Givens was going to be a compelling asset to the program.

“His insight into human nature because of his life experiences was just kind of breathtaking,” Stratton said.

Through Bethel’s Christian Ministries program and into his creation of Above Every Name Ministries, a congregation that, according to its website, prides itself on being a “church for the people.” Givens has not been afraid to confront hurt within his community and form close relationships.

Above Every Name has become a pillar within the Rondo community and the greater Twin Cities area.

“I think he is one of the most important alumnus spokespeople for Bethel,” Stratton said. “Just how passionate and articulate he is in terms of articulating Bethel’s values of being both a peacemaker and a justice-bringer. He is doing it.”

In 2010, two years after being released from prison, Givens was walking near his mother’s house when a truck stopped in the street. Blakely’s truck. He rolled down the window and asked Givens, “And your name is, young man?”

Givens responded. Blakely put his truck in park. And the next thing Givens knew, he was enveloped in a hug.

“I love you. I forgive you. I am so proud of you,” Blakely said to Givens.

This love that Blakely shared has stayed with Givens through his ministry.

“When I received my calling, the charge that I got from God was to be to others what nobody has been to you,” Givens said. “And Chief Art Blakely was to me what nobody had been before.”

Givens commends Blakely for his continued service to the Rondo community and hopes to mirror that with Above Every Name.

“[Blakely] was a man in our community that has done great work as a sheriff but also as a man. As a father. As a leader,” Givens said. “And so I continue to carry on that legacy of keeping my heart open and that ministry of presence.”

As the clergy liaison to the #BlackLivesMatterMpls movement, Givens leads prayer vigils, provides spiritual counsel and does interfaith work with other religious groups who are working towards equality.

Givens has received pushback for the support he has given this movement as well as that of the LGBTQ+ community, but he doesn’t regret it.

“I’m out here with God’s children,” Givens said. “Love is my gospel, and justice is my religion.”