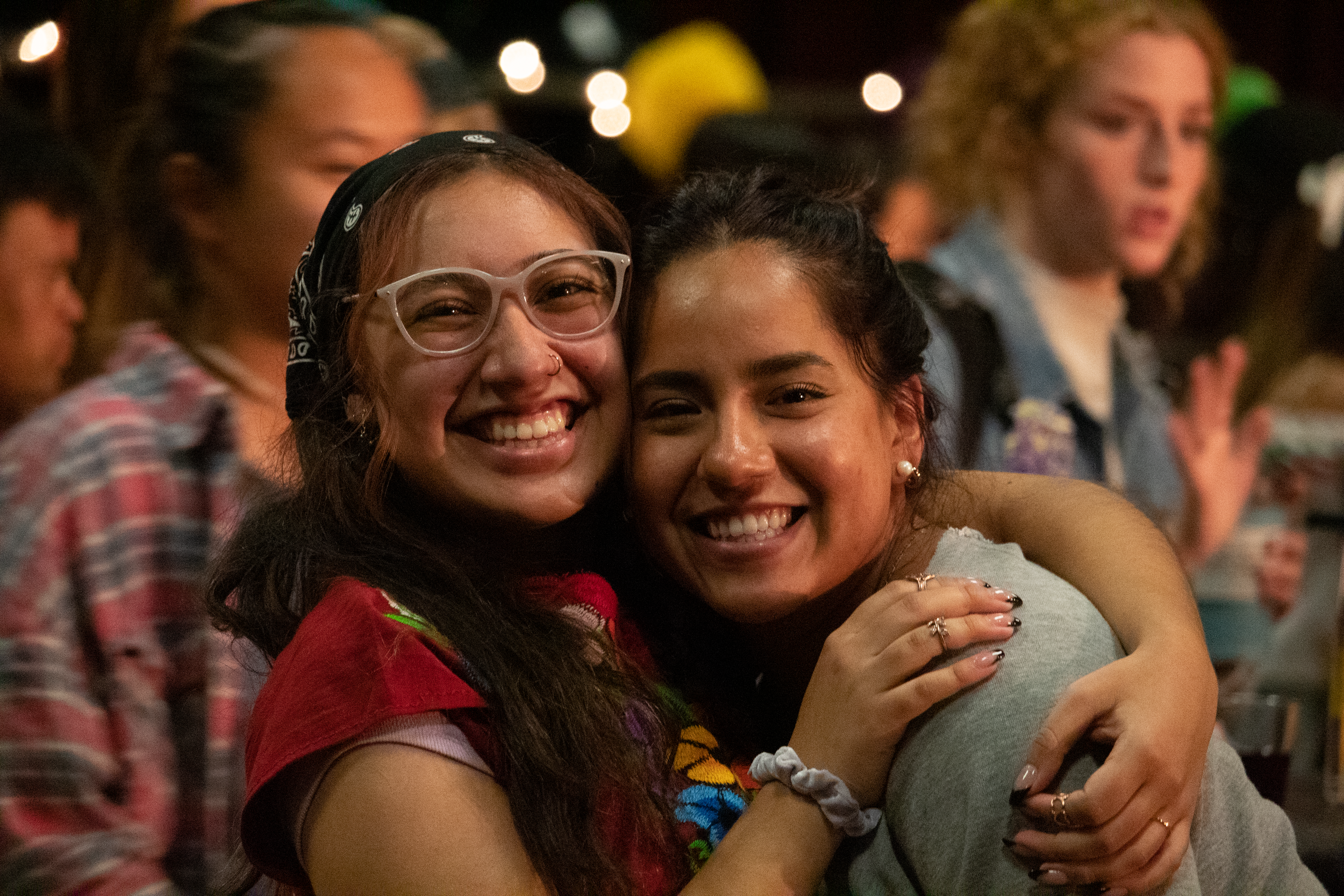 Voz Latinx hosted a Hispanic Heritage Month celebration Tuesday, highlighting culture and tradition with a combination of music and community.

Junior Amy Ruiz Plaza stands inside the doors of The Underground, ready to direct students to the various dishes set out on tables. High-top tables throughout the room wait for bowls of chips and guacamole to start piling up. On stage, live musicians give a taste of Latin American music.

Students eat mini flans as they gather, trying to figure out which of the small flags hung around the room represent what country: Puerto Rico has one star while Venezuela has eight. There used to be seven.

The room grows quiet as Ruiz Plaza takes the stage with Vice President Joshua Lopez to introduce the events of the night: three spoken word artists and a fashion show.

The Hispanic Heritage Month Celebration was hosted by the United Cultures of Bethel subgroup Voz Latinx, whose goal is to bring together students of all racial and ethnic backgrounds to learn more about Hispanic culture. Ruiz Plaza is the Director.

Lopez is the first to deliver his spoken-word piece, “Mamá,” about the complicated relationship between him and his immigrant mother.

“It was just a letter explaining how our relationship is … and how that looks between a father and mother of an immigrant and the son of one. I love how it came out,” Lopez said.

He then introduced the next speaker, senior Nancy Alquicira, who spoke about the violence against women occurring across Latin and South America.

“Every day I hear about another one of my friends who has gone through what I describe, whether it’s actual assault or harassment,” Alquicira said. “ I just wanted to share a little bit about it and spread awareness to educate and also just to tell anyone in the audience who has gone through it that there are people who are there for them.”

The final speaker, sophomore Alan Coronado, wrote a rap to his younger cousins and family who he has seen hesitant about sharing their culture.

After a round of applause, members of Voz Latinx lined up on the sides of the stage for a fashion show. Students walked out two at a time, mixing their traditional ruffle dresses and embroidered shirts with peace signs.

Once everyone had the chance to show off their style, music started blaring once more, this time a mix of live and recorded. The night ended with dance circles, a conga line and the macarena.

“I was really excited about how it turned out and all of you that showed up here, which is really great,” Ruiz Plaza said.