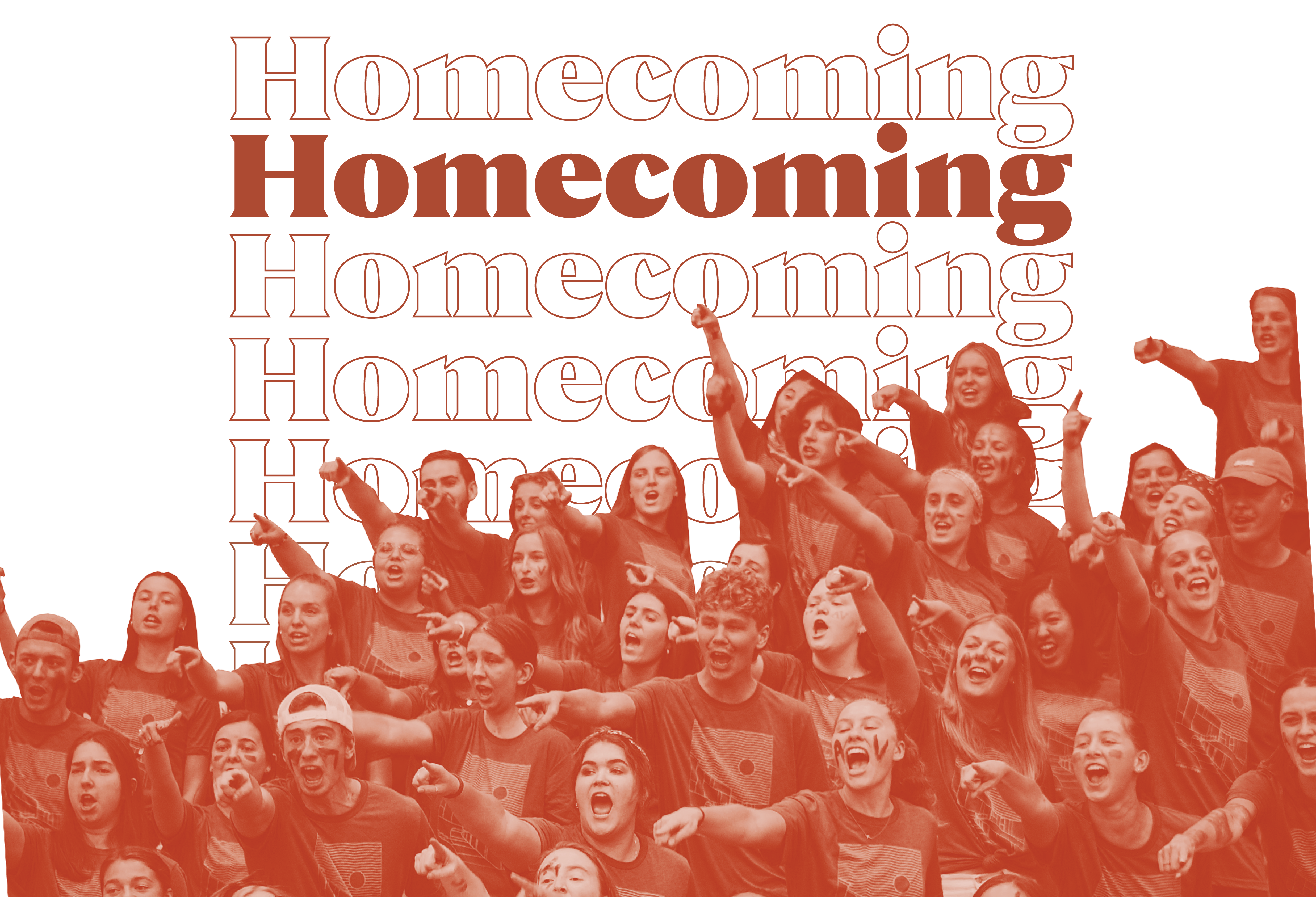 By Makenzi Johnson and Rachel Blood

What’s that coming from the RC gym? That’s the sound of all eight residence halls (and Commuters) yelling out inside jokes, singing along to trending songs and holding cardboard cutouts of President Ross Allen — the sound of Cheer Night. Nelson took first place.

The eight halls and commuters faced off in a double-elimination bracket Tuesday in the SRC, returning to their middle school dodgeball days. The final matchup between Arden Village and the Commuters ended in a Commuter victory.

In a display of artistic prowess, each hall and the Commuters created a painted canvas banner to be voted on Wednesday. Lissner took the win with an image of a lighthouse illuminating Jesus’ walk on water.

Every girl’s dream is seeing the men of Bethel do kicklines, backflips and shake their hips to the music of “Dirty Dancing” and “Mamma Mia” — bonus points for a kiss being blown into the crowd. Men’s Dance did not disappoint for being one of the most anticipated events of Bethel Homecoming. In the end, Edgren took first.

After Men’s Dance, the annual Tug of War Tournament took place right in the RC gym. Halls faced off in a double-elimination bracket until Arden Village and Heritage took the floor for the final showdown. In the end, Heritage prevailed.

The women of each residence hall (and Commuters) laced up their sneakers and put their war paint on for the annual Powderpuff game. Coached by guys from each hall, ‘girl power’ took on a whole new meaning as the women yanked belt flags and scored touchdowns. Getsch took the win.

The SRC was transformed into a banquet hall Friday night, a large screen at the center of attention as sophomore Karina Nelson announced the highly anticipated homecoming placements. Event by event, the top five halls were named one by one until Arden Village took the win, ending Nelson’s reign with Getsch as the runner-up. Students then cleared out and returned at 8 p.m. for a dance.

Despite rain and muggy weather, Bethel students, alumni and families crowded the football stadium Saturday afternoon to watch Bethel’s football team compete against Gustavus Adolphus College. The match ended with a Bethel victory in a 34-9 score.