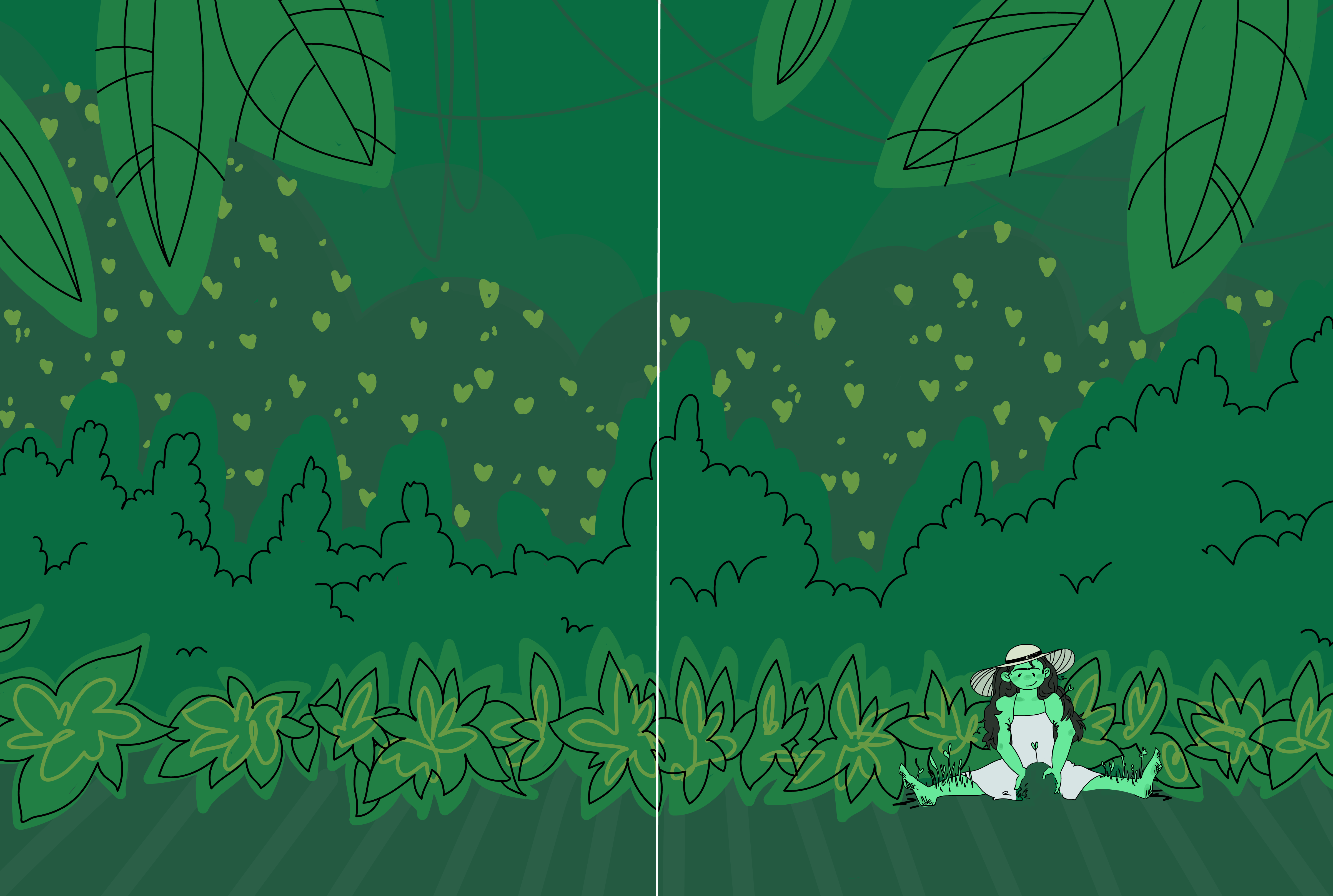 This fall, my leg hair is teaching me how to grow.

The dandelion’s existence was an act of defiance. The golden yellow puff sprung up from the tiny crack in dry concrete, stretching towards the sky. I squatted down to take it all in, its leaves brushing against my light-up Sketchers and petals tickling my nose.

“Funny to think these little guys are weeds,” my dad said. “Although,” he added, “there’s really no scientific difference between what we call weeds and what we don’t.”

I felt terrible for weeds. Their identity was defined by other people’s distaste. I would grow up and be a gardener—yeah, a gardener!— and my garden would swell with dandelion puffs, thistle and ragweed entwining with each other and reaching for the sun.

Of course, I was eventually informed that “weed activism” was not an appropriate vocation for a six-year-old, so I slipped that one in my back pocket. Later, I dreamed of becoming an author, a marine biologist and a thousand careers after that.  Despite my lifelong shifting of vocational gears, I always knew there was one thing I wanted to be, more than anything else:

It was always there, bubbling and all-consuming, a craving that tasted like Claire’s cherry lip gloss and burned like acid reflux. Nobody ever asked me why— wanting to be pretty is an implied desire in women— but I think it was because I wanted to bloom, too. As any former future gardener can tell you, the most important thing one can do for a flower is cultivation. And I was not afraid to cultivate.

I had my first laser hair removal treatment when I was twelve. Goodbye, Alaina Sandbrow! By the end of it, I had two eyebrows, a scarlet strip of angry skin connecting them, and a sense of pride. I was sowing the seeds of my dream.

Sometimes I could smell myself burning. With every single stinging light, I promised that this, too, was a choice I wanted to make for myself. This is how I wanted to grow. Because the alternative was that I was doing it for anyone else, and that felt like the most pathetic thing in the world.

It was a tweet. A woman was still putting on makeup, after two weeks of quarantine, for her own enjoyment. I felt an initial wave of feminist pride. Real women don’t change their appearance for anyone other than themselves! I knew that. I believed that. I always have.

That wave of pride lasted just until I caught a glimpse of my own reflection in the glass of my phone screen. Staring back at me was a girl with half a femstache peeking in, bare-faced for exactly the number of days since she had seen That Guy in English class. A girl with an entire sleeve’s worth of Ritz cracker crumbs circling her mouth. A girl who used to watch Youtube videos with titles like “How to be IRRESISTIBLE to Guys” while eating a compressed cheese sandwich in the middle school library.

I was on the verge of discovering something key about myself. Something deeply and cosmically… embarrassing. If it was true— that I didn’t really like shaving my legs— then I would have to, you know, stop shaving my legs. I would become so much worse than a woman living a lie: I would become a hairy woman. I couldn’t bear that. As I was apt to do to an entire sleeve of Ritz crackers, I stuffed that seed of truth deep down inside of me, where no light could get to it at all.

Until about three weeks ago.

I moved into a new place, an old house in Minneapolis. The foliage grows so strong and so thick that only yesterday I noticed the front of our house has an entire bike in a tight embrace of leafy vines against the paneling. Everywhere I walk, I see what I used to call weeds making a garden of a crack in pavement or a broken-down car. I’ve followed the vines of the city and met beautiful men who shave their legs and beautiful women who don’t. I’ve fallen in and out of love with different gardens so often that I can’t remember which plants are supposed to be the good ones and which are supposed to be the bad ones anymore.

I put on a skirt in front of the mirror. It was so quick I almost missed it– but years of staring at my reflection made me reflexively attuned to any sort of changes.

Five little scraggly, thin hairs, peeking out from under my formerly laser-scathed leg as the sun shone on them. Five hairs who couldn’t take a hint.

0 comments on “I don’t believe in weeds anymore”