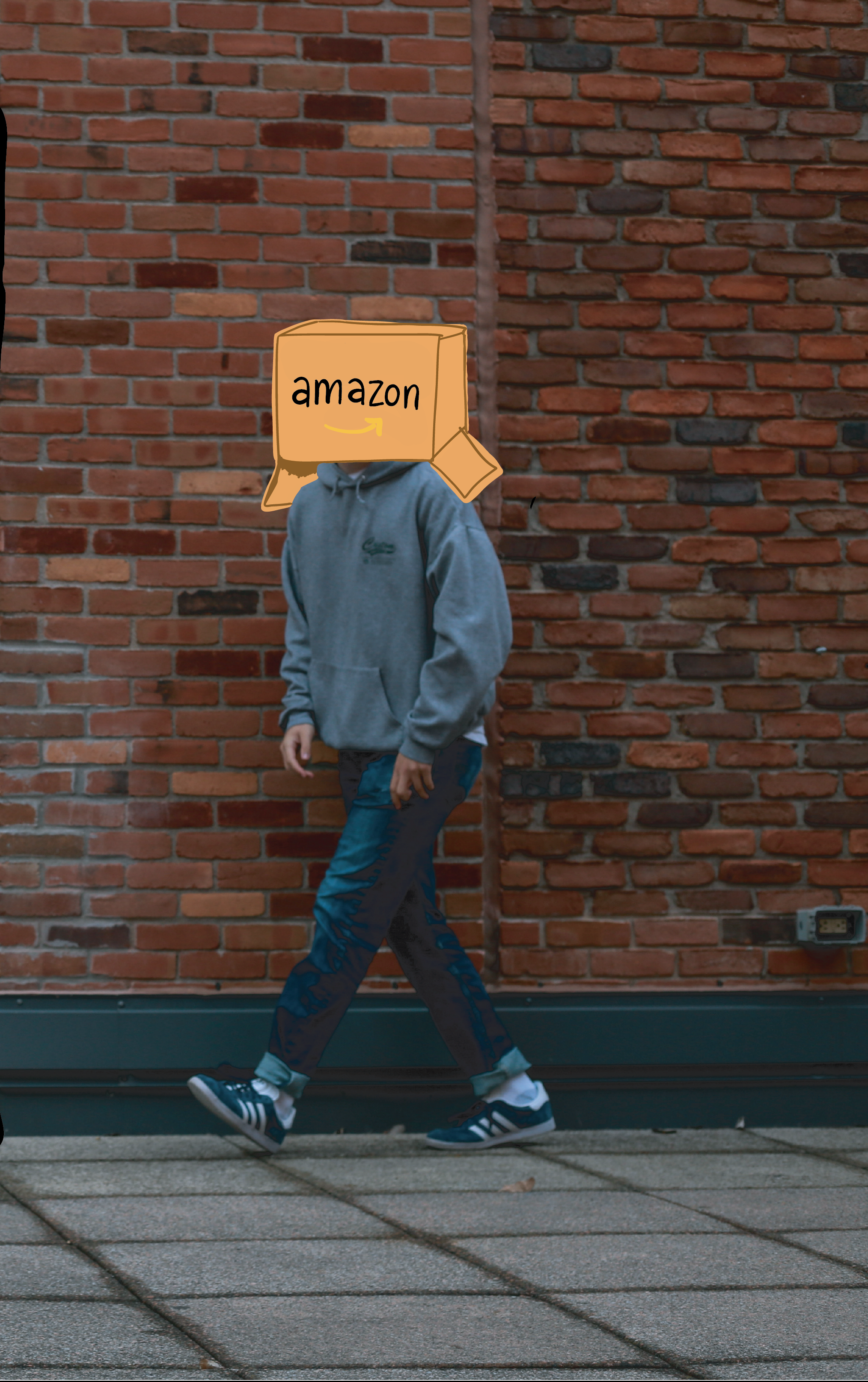 Is Mr. Jeffrey Bezos, Amazon CEO, truly the villain in our story?

Are all villains just plain bad?

The cynicism inside me reminds me that Mr. Bezos is a blood sucking capitalist who rules his kingdom by making its citizens rely upon his greedy hands, which separate the worker from the means of production. This cynicism is the same voice that causes me to believe Mr. Bezos is stingy and unwilling to be charitable. It makes me look up into the polluted air and wonder: If this world were not made for the straight, white male, would I be able to breathe easier?

I still make purchases from Amazon. I recently purchased deodorant, origami paper and was very close to clicking “buy” on a stick and poke tattoo kit.

As much as I try to limit my purchases or abstain from typing the website into my computer, I rely upon Amazon to send me goods fast and cheap. While I still come home to find an Amazon package at my doorstep every so often, my dislike for Mr. Bezos prevails. I roll down my windows in my car and sing at the top of my lungs, “CEO ENTREPRENEUR BORN IN 1964 JEFFREY JEFFREY BEZOS.” Bo Burnham’s Bezos I and Bezos II have spoken to the ever-burning flame of pessimism that fuels my continued animosity towards Mr. Bezos.

Although he may be the human equivalent of the kids section of a waterpark, a pool full of piss and chaos, he has pushed the e-commerce market towards the needs of the consumer. Amazon has caused many other businesses toward free, fast shipping in order to compete. In the last year, people have come to be almost completely reliant on Amazon while quarantined, sick or caring for those affected by the pandemic.

Nevertheless, all this progress has led society to hold a magnifying glass onto the company and Mr. Bezos. He has become a villain to people like me, and a hero to others (and me when I hit the checkout button). A character. We, citizens of his kingdom, can point our fingers at him easily and direct our unfiltered hatred towards him.

He even has two theme songs, Bezos I and Bezos II,  that we scream-sing in our cars to wallow in our hatred, our mutual dislike. He went to space, funded by a company that he made to fulfill the whims of his extraterrestrial dreams.

Mr. Bezos’ company has caused many small businesses to close. The company has choked them out, made them fall to their knees and beg for mercy while the fearless leader galivants in a spaceship in the sky.

A long history of men like Mr. Bezos have taken advantage of a system that was made for them time and time again. It poses the question: is Mr. Bezos the villain, or are we?

As students, books needed for class cost less on Amazon most of the time. It saves time for us to click “add to cart” for deodorant and origami paper instead of picking up our feet and going to the store.

We buy what we like when we like for a price we like with fast shipping, which we also like, feeding the monster that was made by us. We have come face to face with our own creation, even though we have made a colony of insatiable CEOs before. “Zuckerberg, Gates, Buffet,” as Bezos I says. We look this one in the face as it acts as it was meant to and scorn it for its actions. A creation born of the American Dream, a farce, a scam, a fairytale feeding monopolistic monsters.

Maybe Mr. Bezos is the monster and we are the villains. I still want that stick and poke tattoo kit. I want to purchase even more origami paper and I really want to buy a fifth pair of overalls. My capitalistic instincts suffocate the draw of unadulterated hatred. As Christians, we’re called to compassion. So, when I do buy two hundred more sheets of origami paper, I will lie to myself. I will say that my choices are not capitalistic instinct, but a twisted form of compassion.

Nevertheless, Bezos might start to make us point our cynicism towards ourselves, not to further self-loathing, but to change. So, I’ll keep singing the song that fuels my cynicism and thinking that Mr. Bezos is a capitalistic dirtbag, the Marie Antoinette of our age, the human equivalent of gas station sushi, because that is enough for me – a belief that I am changing, and that the world around me is, too.

0 comments on “Sincerely, Your Shell of a Subject”