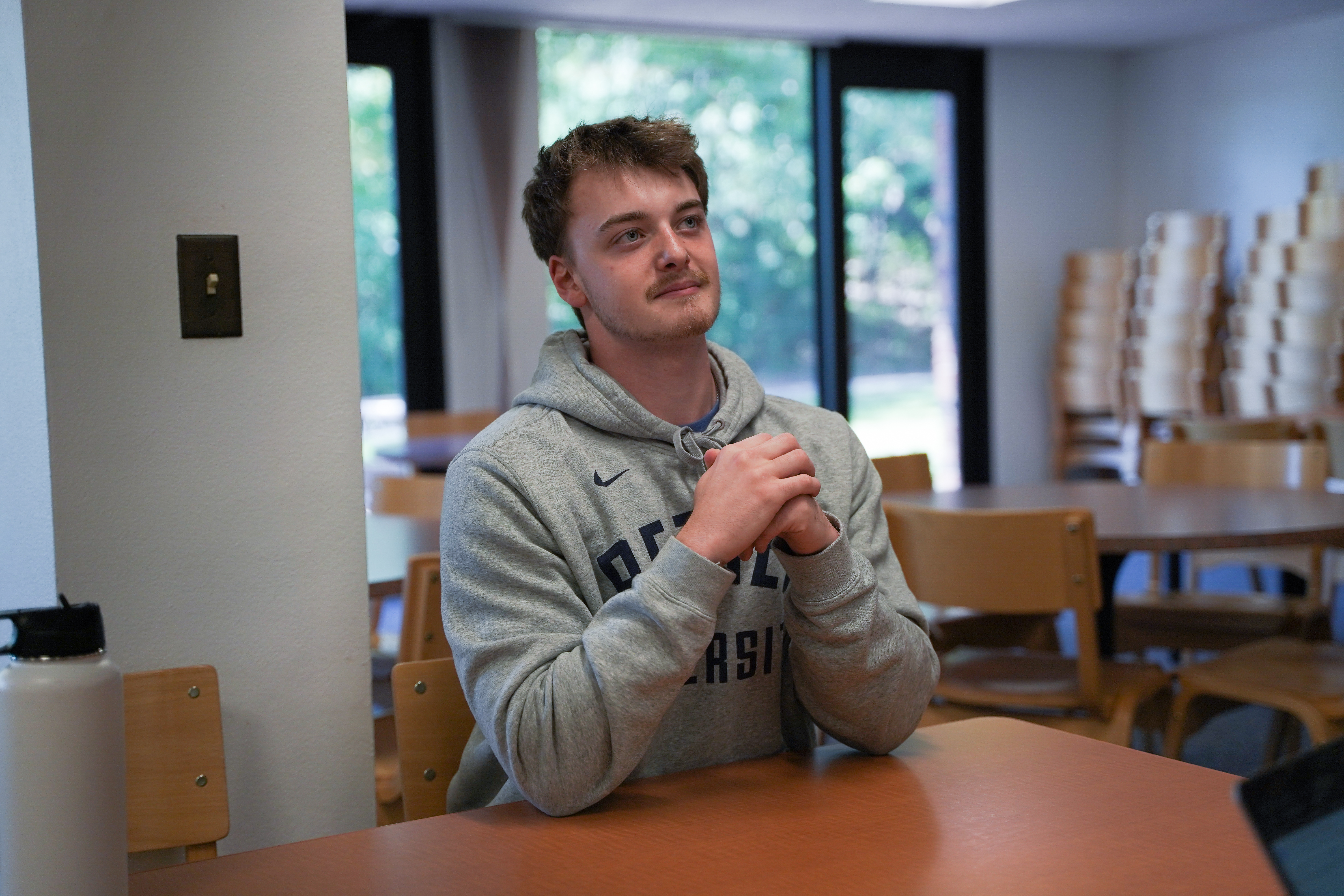 Preston Hetland pulls into the Metropolitan Valet private lot next to Target Field at 5 p.m. and begins helping set up the valet lots for the 200-plus VIP customers and season ticket holders who will be spending the evening at the stadium. He waves to Minnesota Twins center fielder Byron Buxton as he walks through the player’s entrance to get ready for the 7:10 p.m. game, but for Hetland and the rest of the crew, game time is just around the corner.

Hetland, a sophomore at Bethel University, has been working for his dad’s company, Metropolitan Valet, since he was 15 years old. After being recruited to play baseball at the University of Dubuque in Dubuque, Iowa, Hetland transferred to Bethel for the 2021-2022 school year where he studies pre-med and works Minnesota Twins and Timberwolves games, valeting both season ticket holders and players.

“I based my entire high school career on getting recruited to play college baseball,” Hetland said, “and eventually when I got to college, I realized there is a lot more to college than just sports.”

After giving up baseball to focus on his education, sports have remained a staple in Hetland’s life, as most of his weeknights are spent in downtown Minneapolis at Target Center or Target Field. Hetland’s dad, Mark, established Metropolitan Valet in 1986 at the age of 19 after getting out of the Minnesota National Guard and attending the University of Minnesota. He began working for David Webb, a successful restaurant and nightclub owner in the Twin Cities, at a nightclub called Ruperts in Golden Valley, Minnesota.

“He was having some issues on the service end with his valet service, so I got a little bit lucky and I took over and found out that the job came really easy to me,” said Mark Hetland. “We work outside, which is what I prefer. I couldn’t really sit inside at a desk for eight hours like a lot of people can.”

In its 35 years in operation, Metropolitan Valet has served over 50 different restaurants and now operates with over 40 employees.

“It’s kind of just grown from word of mouth, and [my dad] knows everybody in Minneapolis,” said Hetland.

“It’s kind of just grown from word of mouth and he [Mark] knows everybody in Minneapolis.”

Word of the quickly growing company made its way to multi-billion dollar sports franchises in Minneapolis. Mark received an email from the Timberwolves in 2004 asking Metropolitan Valet to provide services during games, and after an interview with the franchise’s director of operations, he was picked for the job. A decade later, Mark received a call from Twins owner Jim Pohlad before the inaugural season at Target Field. Mark met the Pohlad family on New Year’s Eve in 1986 and was asked to valet an event at Jim Pohlad’s house, and with the Twins in need of valet services in 2010, the relationship rekindled and Metropolitan Valet began servicing the Twins Champion Club during games.

“We’re just very lucky that the ownership groups at all the stadiums are quite down-to-earth people. They care about their product and they care about how their guests are served,” said Mark Hetland.

Hetland is now in his fifth season working for the Twins and fourth season with the Timberwolves. Shifts range anywhere from five to seven hours as employees enjoy a two-hour paid break during the game in which Hetland and his coworkers grab Chipotle for dinner, work on homework or just hang out. As the game concludes, the Metropolitan Valet team prepares for the rush of people trying to exit the stadium and begin running up to 20 valets at once to move the line of people out of the lot as fast as possible.

“When I was 17, I think Jimmy Butler and Derrick Rose were playing for the Timberwolves and I got to park Derrick Rose’s Lamborghini.”

Despite such a hectic environment, Hetland enjoys interacting with fans, players and coaches.

“When I was 17, Jimmy Butler and Derrick Rose were playing for the Timberwolves and I got to park Derrick Rose’s Lamborghini,” said Hetland. “I get to see all the players all the time.”

0 comments on “Put it in park”