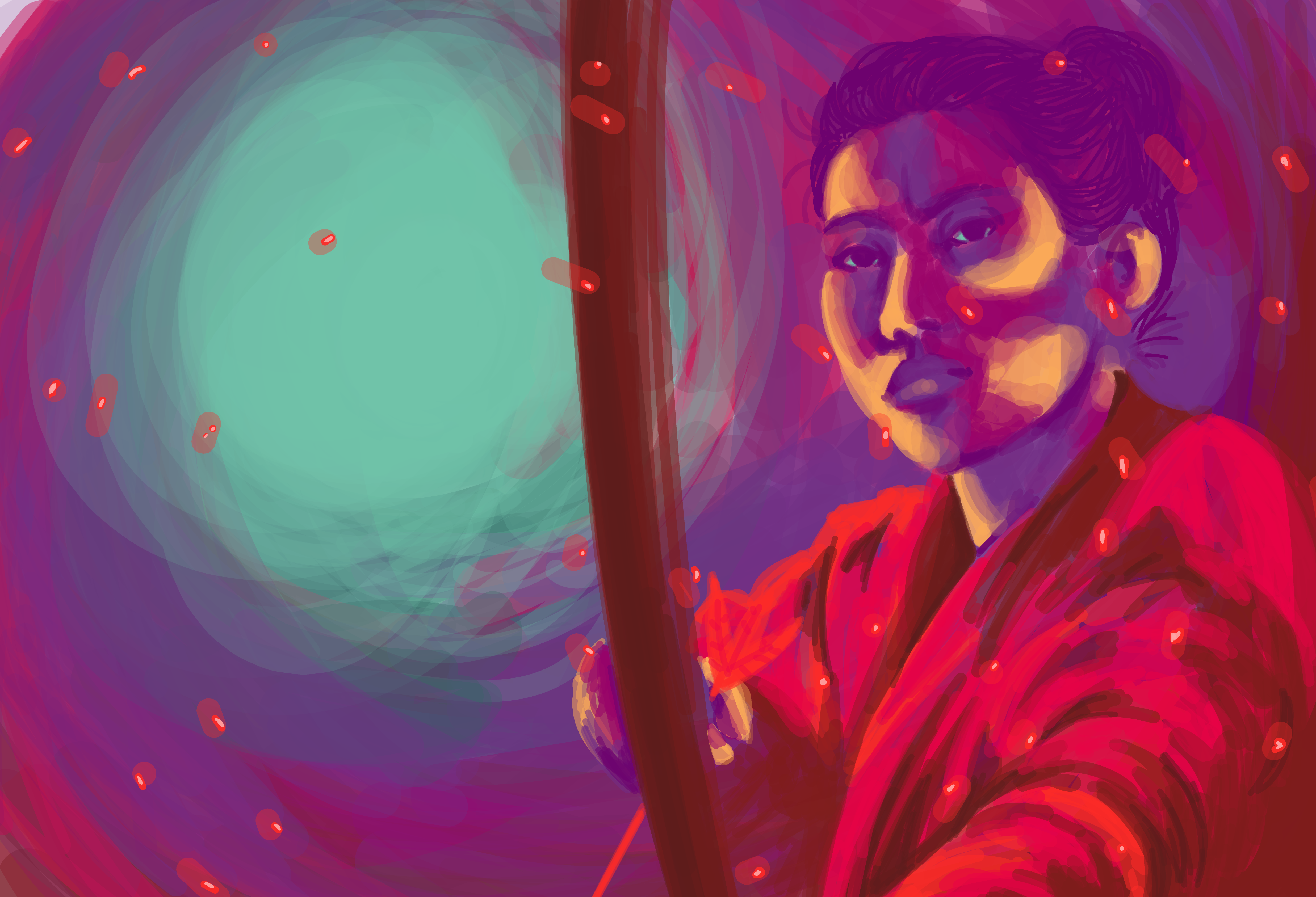 I sat in a dark Mounds View theater with my roommate at my side crunching popcorn, some annoying kid in the front row loudly explaining what was happening to his companion and the armrest of my seat digging into my side.

That probably doesn’t give you the image of a perfect movie theater experience, but it was one of the best nights of my life.

Watching Shang-Chi and the Legend of the Ten Rings, I could see myself reflected in the warriors on screen. I could be that badass—one of the sword-swinging, bow-wielding Asians slaying CGI monsters of darkness.

I’m a die-hard Marvel enthusiast, but superheroes never have my trademark dark hair and light skin and almond eyes. In the classic middle school thought game of “which superhero would you be,” the only one with dark hair was Gal Gadot’s Wonder Woman, and DC is just inferior to all things Marvel, so it seemed irrelevant regardless.

For someone whose whole life has been dictated by stories, both on the page and on the screen, never seeing myself in the media hurt.

I never even realized it.

In terms of Asians, Hollywood is not diverse. I realized this when I watched Crazy Rich Asians and Shang-Chi back-to-back and saw most of the same actors in each. There’s a small pool of Asian actors who actually get a shot in Hollywood, and when a movie centers around Asian culture, they have to pull out all the stops. Shang-Chi focuses on Chinese characters, but not all the actors are Chinese. Most people can’t tell different Asian backgrounds apart.

It’s like the second grade birthday party where every little girl inevitably decides which of her friends is which Disney princess. I was always Mulan – not Chinese, but what other options were there? It’s like automatically being compared to Cho Chang from Harry Potter.

Everyone with even a speck of good taste loves Dr. Strange’s iconic sidekick, Wong. And everyone whose opinions matter agrees that Simu Liu’s portrayal of Shang-Chi is phenomenal. But that wasn’t what stuck out to me in this one. It was Awkwafina.

Half Chinese and half Korean, Awkwafina’s Katy character drives busses into garbage trucks and demonstrates a level of badassery I aspire toward. I looked at her on the screen and saw long, dark hair, light skin, eyes that aren’t lidded as heavily as all the white girls. Then she whipped out a bow and shot a giant dragon through the throat.

Rachel Blood is not a badass.

She felt like one once when a high schooler asked for her number and she shot back, “Why, need a babysitter?” She hasn’t felt that cool since.

Rachel Blood can barely drive her little Nissan around tight corners without hitting the curb. So when Katy drove a bus into a garbage truck while a war was being waged in the backseat, I wanted to be her.

Asian characters are stars only when Hollywood decides a movie revolves around their Asianness, like their Meyers-Briggs result is “Asian” instead of “INFJ.” But Shang-Chi made strides that have needed to happen for ages, and sitting in that theater with a cardigan haphazardly tugged over my shoulders, I felt so seen.

There’s a scene where Katy sits at a table with Shang’s father, who asks Katy what her Chinese name is. She looks to Shang for help and then spits out some random two-syllable name that has no relation to “Katy.” That was relatable. That was an Asian American separated from her heritage and unsure of how to tread the unfamiliar terrain that came with meeting a “real” Asian family. That was me.

The same thing happened with Crazy Rich Asians’ Rachel Chu. Same name, same status as an Asian American who very much leans into the American side.

I don’t have a Korean name. If an immortal Asian assassin sat me down with a bowl of noodles and asked me for my Asian name, I’d probably panic and say Raichu and hope that he wouldn’t realize that’s just a Pokémon I thought was cute. Nobody in my family speaks Korean at all, but I can ask you if I can pet your dog in Spanish.

I don’t know much about Korean culture or any Asian culture in general, but that was never the problem. It was that I didn’t have a Marvel character to dress up as for Halloween in fifth grade. It was that if, for some insane reason, I ever wanted to be an actress, there wouldn’t be any characters from the comics that I could accurately portray.

Marvel is taking the leaps that all of Hollywood should have taken years ago. With Gemma Chan taking a lead role in The Eternals following Simu Liu’s kickass performance in Shang-Chi, Wong’s Dr. Strange tie-ins and Chloe Bennet’s role in the Netflix series Agents of S.H.I.E.L.D, I have choices when someone asks me which Marvel character I am.

The film industry has a long way to go. I want to see Asian actresses actually representing the heritage that their characters have. I want to see a main character who just happens to be Asian and never feels the need to address it. I want my future kids to be able to be Marvel characters for Halloween, because you bet I’m going to sit them down and make them watch every movie in release order.

We aren’t there yet. But it’s a start.