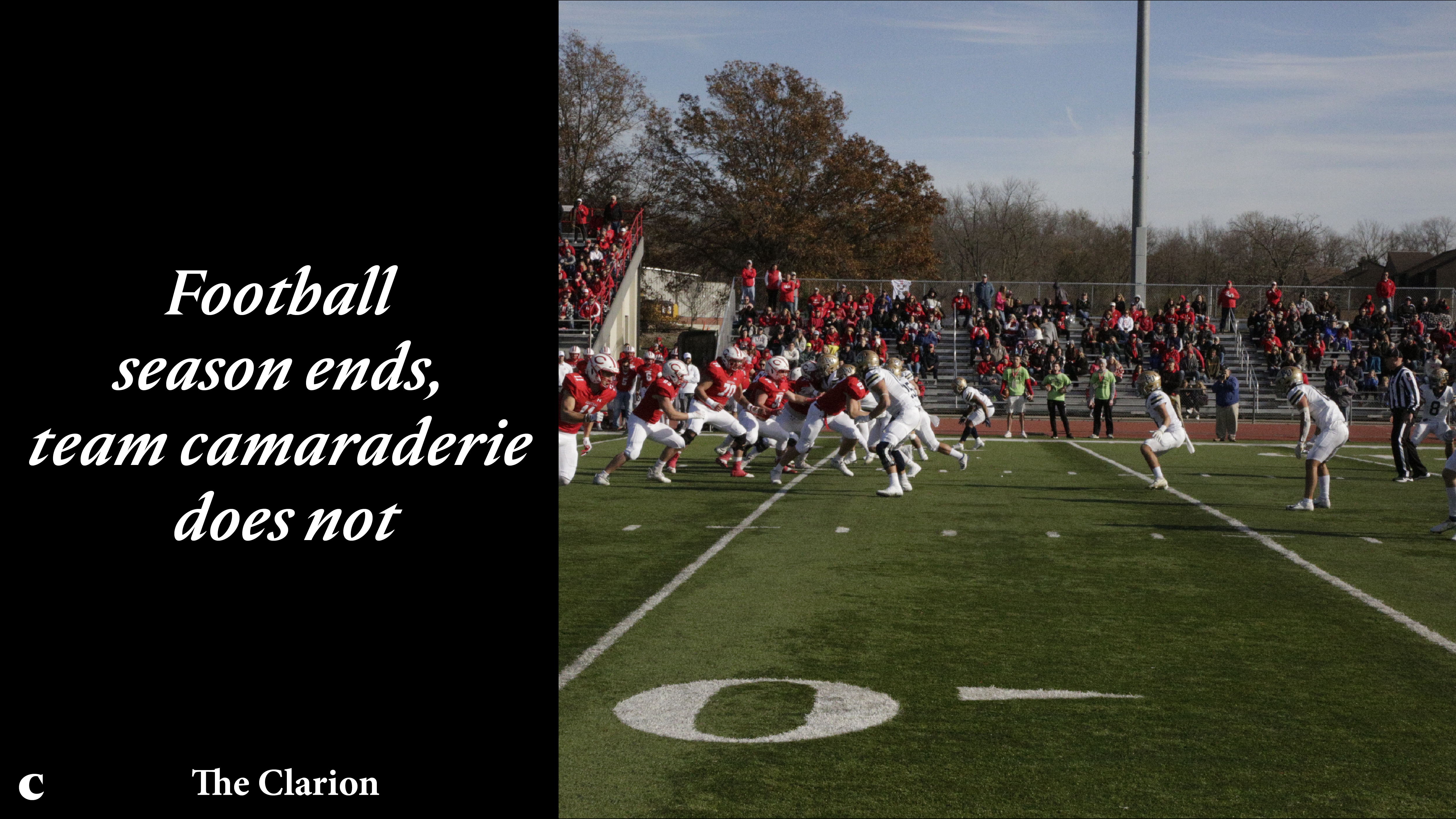 After receiving its 10th playoff berth in the past 20 seasons, the Bethel University football team’s season came to a close Saturday in a 61-35 loss to an undefeated Central College in the opening round of the NCAA Division III playoffs in Pella, Iowa.

The Royals found themselves in an early 14-0 hole three minutes into the game after multiple Central pass completions and a Bethel pass was intercepted at Bethel’s 31-yard line and returned to the endzone. Bethel fought their way to Central’s 4-yard line and got on the board after receiving an automatic first down on a pass interference penalty. They scored off of an 8-yard completion from senior quarterback Jaran Roste to sophomore wide receiver Joey Kidder, who caught two touchdowns on the day and finished the season with 10.

From there, the Bethel defense started to stiffen, holding Central to a pair of field goals in the second quarter while the Royals’ offense scored two touchdowns to close the deficit to 27-21 at halftime.

The second half started out promising for the Royals when freshman wide receiver Micah Niewald picked off a Blaine Hawkins pass on the opening possession. However, the Royals were unable to generate any offense, allowing Central to pull away again in the second half and keeping the Royals scoreless in the third quarter. Central added its final touchdown with 2:22 left in the game for the 61-35 final.

Central came into the game leading the country in most offensive categories and it showed why with a combination of quick passes and big plays.

“They are terrific on offense.Their quarterback Hawkins is a great player,” coach Steve Johnson said prior to the game. “They are good all over, but especially on offense and throwing the ball.”

The Royals’ Roste, bouncing back from injury, threw for a career high of 353 yards and three touchdowns.

“The playoffs aren’t a guarantee,” Roste said. “Today was a gift.”

Bethel’s defense picked off Central’s quarterback Hawkins twice, which was his season total coming into the game. Junior linebacker Colin Curtis made a career high of 16 stops, including a tackle for loss.

“We have a great bunch of dudes with Mathew Feldick, Nate Farm and just another corner who had to step up in the times, Danny Kulus. I take pride in our secondary,” senior cornerback Tavian Swanson said. “We’re not easy to put away. Defense stepped up big time.”

Johnson credits the team’s overall success this season to the love his players show for one another.

“I love these guys,” Johnson said, fighting back tears.“There’s a special deal with our football team, and we might be a bunch of ragamuffins, but we love each other. It’s as close on earth as you can get to unconditional love.”

0 comments on “Football season ends, team camaraderie does not”