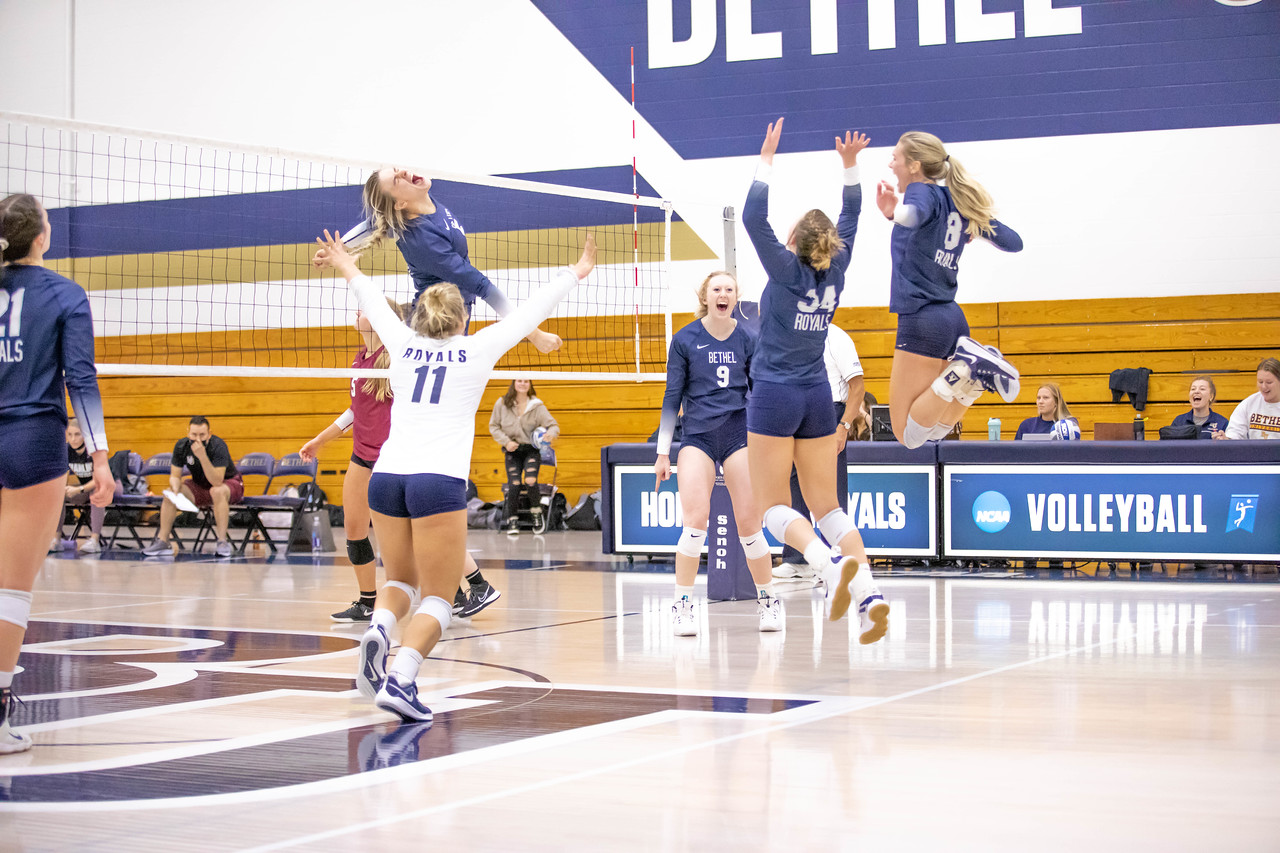 Please, don’t challenge me to a game of spikeball. It’s not that I don’t like it. In fact, I love it. I love it so much I’m scared of what you’ll think of me afterward. I get mean in spikeball. I’ll call you names and taunt you and get really, really mad when you start to beat me. I’ll bloody up my knees and rip my leggings, but it’s all worth it to me if I win.

At the risk of sounding cocky, I’ll say that this is part of what makes me a good volleyball player. I have an inner drive (maybe compulsion?) to do the best I can, especially when it involves winners and losers. I’m even more motivated when I have a team whose success is somewhat dependent on my performance. I love the adrenaline rush. There’s nothing better than beating Hamline in volleyball after a five-set struggle that ends with a regular season conference title.

Sometimes I wonder where Jesus is in that.

For so long, I’ve married the words “Christian” and “athlete” in my mind. To say I’m a Christian athlete is something I wear with pride. Sacrifice, hard-work, drive – these are all qualities I like to think Jesus had.

But the cockiness, the pride, the arguing with refs… is that something He had, too?

Maybe it’s inevitable. It’s almost as if these things are embedded into the very nature of sport. I mean, do I really care about the success of my team if I don’t argue a call that’s clearly wrong? So naturally, I am going to get a little bit heated. I think that’s understandable for anyone who loves sport and puts countless hours into it.

But I think the rub for me is how much I sense Bethel athletes and coaches alike act like we are on such moral high ground because of “how hard we sacrifice for each other,” when in fact, we are just acting like any other student athlete would. In this way, I don’t really know who a Christian athlete is, or at least, how she’s different from a non-Christian athlete.

In preparation for this piece, I talked to a few athletes and coaches about this idea. Track and Field Coach Andrew Rock said giving an opponent anything less than his best would be insulting to the opponent. I guess that’s true. I certainly would be offended if someone I were playing against went easy on me.

Men’s Basketball Coach Zach Filzen teaches his team to live by the phrase “excellence is worship,” arguing that not fully leaning into the gifts and abilities God has gifted them is insulting to the Lord. Conversely, using them to achieve at a high level is glorifying to the Lord.

Maybe that’s true too, but it’s a dangerous idea for me. Once I’m on that stage of achieving at a high level, it’s virtually impossible for me to not claim some of the glory for myself. What does it look like to actually turn it over for the glory of the Lord, in a way that’s different from other student athletes? At the same time, what does it mean if I do everything I can, and still lose?

It’s something I haven’t figured out in my three years at Bethel, and I don’t expect to figure out in my final year either. But I think it’s important that we think about it as athletes who trash talk across the line of scrimmage and also represent Jesus. Jesus, who wasn’t born into any kind of status that we strive for (including a stud athlete), but as a humble baby in a manger. Though he was King of Kings and could have definitely dunked on anyone if he wanted to, he never acted like it. He spent his entire life denying himself of the spotlight and uplifting those around him instead, even those who persecuted him.

When I say I play for Christ, I hope this is what others see.