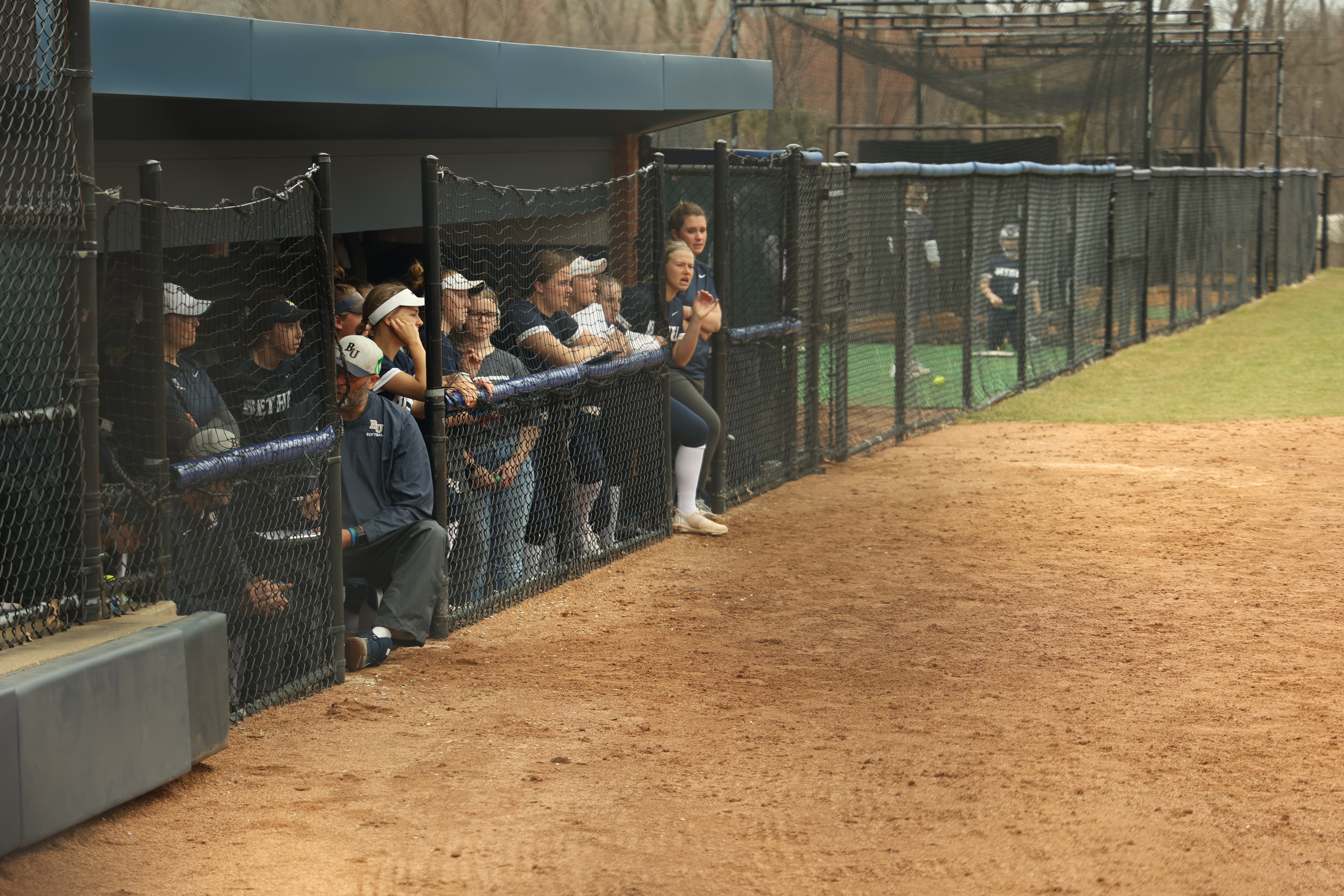 Being a backup is hard, but maybe that’s not a bad thing.

Aside from the blissful moment when your bat glides through the zone and cracks the ball with the juiciest part of the barrel, the best part of hitting a home run is rounding third base and seeing all of us pouring out of the dugout. Jumping up and down and waiting for your cleat to touch home plate. We’ll crowd all around you, shouting and slapping your helmet as if you had just taken down Goliath himself.

We’ll be there after you’re knocked to the hardwood under the basket. We’ll shove the player who fouled you and say “try that again, see what happens.” When you reach out your hands, we’ll help you up and remind you to sink the free-throws with a pat on the butt. After you make the free-throws and are running back on defense, we’ll coordinate a celebration on the bench that looks like we’re all rowing a boat with our water bottles.

When your final penalty kick bounces off the crossbar and the weight of defeat sinks into your chest, when you fall on your knees on the cold grass and feel more alone than ever before, we’ll be there to comfort you. We’ll put our arms around your shoulders and tell you how proud of you we are. We’ll let you sob into our jersey at the close of the season and we’ll tell your parents how much we loved playing with you.

When your breath is stolen by icy gatorade pouring over your head in a post-championship interview, we’ll be running away with the empty orange bucket.

We’re the benchwarmers. The scout players. The bums. We exist. And we’d do anything to be in your place.

You could say I was somewhat of a stud in high school. I soared through my classes, playing three varsity sports and earning a handful of accolades through the various clubs I was involved in. I had been set up well for success in my community and life was pretty easy. I had a well-known reputation to uphold, and I was comfortable in that identity. It was a classic “big fish, small pond” type of scenario.

Bethel actually didn’t show much interest in me as a quarterback, so I ended up recruiting myself to the team. I sent in my highlight reel and got a text from coach Chad Richards saying that I could play. His next message said “I am looking at depth charts for this fall. What position do you feel is best for you?” That should have been my first clue that things would not be the same at Bethel as they were in Plainview, Minnesota, where there are more cows than there are people.

I arrived on campus to find that the team had seven quarterbacks, four of which were in my freshman class. Out of the seven, I can’t even confidently say that I was number six on the depth chart. These dudes were bigger, faster, more experienced and just flat-out better at football than I was.

The biggest struggle was restructuring my identity in this new community. Back home, I could always just say, “You know, I’m Mr. Lamb’s son. The head football coach, I’m his oldest.”

On my new team, my own coaches called me Kaleb on more than one occasion. I was still introducing myself to some of my teammates in the spring of that school year. When they asked who I was, the best I could give was, “I wear a black practice jersey. Number 18.”

I wasn’t nobody, but I had a hard time believing I was anybody yet.

Senior Matt Teigland was in my shoes four years ago. In high school, he played well against some of the nations’ top recruits and thought he could hang with them. But when recruiting season came around, his mailbox remained void of any scholarship offers from bigger schools. Bethel had been in contact with him through his junior and senior years, and he ended up choosing to go to his father’s alma mater to play football for the Royals. Here, he had the same rude awakening many of us have experienced.

“I had that moment of realization that I’m not as good as I thought… just about every day in practice [during the fall] of my freshman year,” Teigland said.

In that freshman year, Teigland struggled with his identity leaning heavily on being an athlete. His self-esteem was in the dumps because he didn’t have much personal worth if he wasn’t getting any time in the games.

In that period of identity crisis, Teigland built some of his best friendships with his teammates on the football team. Still, the tearing pain of being a benchwarmer was not easily mended.

“The hard part is not feeling connected to the guys at the top of the depth chart,” he said. “Getting wrapped up in… the hierarchical status can rob you of feeling like a meaningful part of the team.”

Over his four years as a Bethel football player, Teigland’s view of himself has shifted. Aside from garbage minutes at the end of blowout games, he saw the field as a special teams player in his senior season, sprinting down the field on kickoffs. At the end of the season, he decided to come back for a fifth year because he loves being on the team, despite not playing much.

“I have two different identities when it comes to sports. One is being a competitor and the other is being a teammate… [In college] I’ve grown a lot more in my teammate side to balance it out,” Teigland said.

“Sports aren’t about trophies or minutes, [they’re] about building your character,” he said. “Being a scrub… is a blessing in disguise sometimes.”

I’m still pretty new to this whole benchwarmer thing, but I’m figuring it out the same way Teigland did. In my whole collegiate career, I may never step foot between the hashes on a Saturday afternoon. I might not ever get to hear my name announced over the booming speakers.

You better believe I’ll be doing everything I can to crack the starting lineup, but I’m learning that there’s more to myself than making highlight plays.

If I’m stuck being a benchwarmer, it’ll be okay. Not everyone gets to perform miracles. Afterall, somebody has to carry the clipboard on game day.