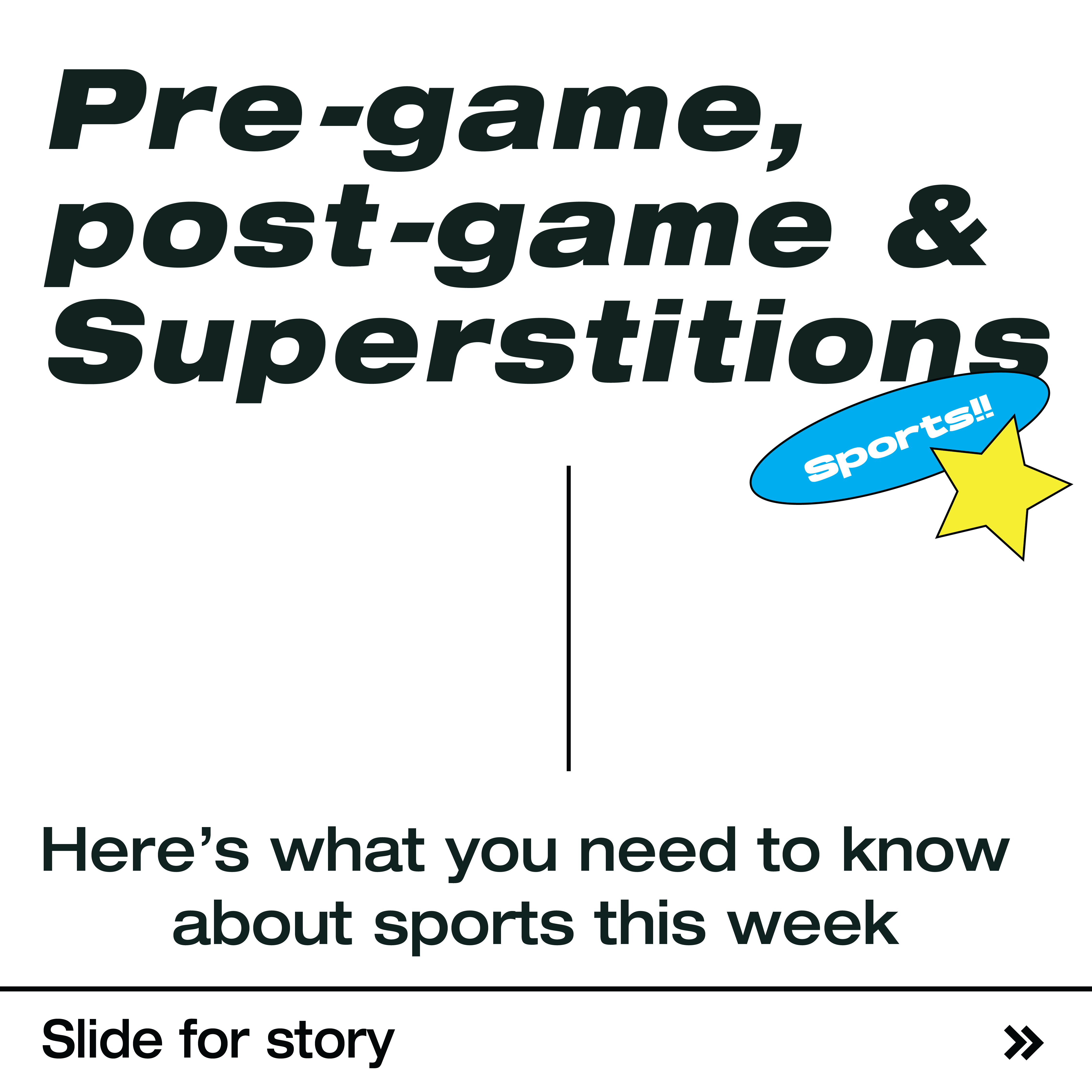 Here’s what you need to know about sports this week

By Clarion staff and contributing writers

The team always prays before every match, as well as goes through the same warm-up ritual every time. This includes a dynamic warmup, the same cycle of groundstrokes, volleys, overhead serves, and then partner drills of 1v1, 1v2, 3v4, et cetera.

After every game, Coach Drew talks to the team and gives them a word of encouragement or congratulations depending on the outcome. The team gathers in a circle to pray, and then often goes out to dinner post-game, spending time together and cultivating a greater team culture.

Cady Peterson taps her left foot before serving every time and it is a ritual that she has gotten herself into the habit of. No real reason stands behind the tap, just something she does every serve.

Before the game, a player leads a five-10 minute devotional and each time it is a new player leading it. They also have a clapping routine where they clap five times, three times, one time and is followed by a scream.

Hannah Wilhite needs to always have a braid in her hair. This started her freshman year after she won MIAC Rookie of the Year. She also prays during the national anthem, because it centers her back to why she plays.

The guys gather for team breakfast before a team lift and then they have a meeting. Before the players leave the locker room, one of the upperclassmen will give a speech to the team and then one of the classes will lead prayer. Each member of the class must contribute to the prayer.

The team huddles at one end of the field while Coach Johnson gives a short speech. They then say the Lord’s Prayer and go mingle with family and friends.

Starting running back Bryce Kunkle has a set of rubber armbands that he gives to another running back before each game, saying, “I have to get them out of my possession.”

Right before the gun goes off, the team always huddles up for a pep talk and prayer. They also do team high-fives and one or both captains offer words of encouragement along with the coaches.

As soon as one runner crosses the line, that person looks back for the teammate that is behind her. After hugs and congratulations are exchanged they go on a cool down. In other words, they run some more. Then it’s time for a dance party on the bus ride back to campus.

Junior Lydia Gessner reads a devotional or some of her favorite running Bible verses either by herself or with teammates. She also writes verses or words of encouragement on her hand with Sharpie. Her favorite verse is  from Matthew 14:28 where Peter asks Jesus to call him to walk on the water: “”Lord if it’s you, tell me to come to you on the water.” It’s a reminder for me to be courageous and step out and run the race God has called me to, both in cross country and in life,” she said.

The team prays before every race and they get dinner after every race.

Gabe Kuecker cuts his nails before every race. When asked what he does if he’s already cut them,  he said he doesn’t let that happen.

The team “hits the fence” to signify leaving other things of life outside of the game, forcing them to just focus on soccer. They also pray as a team and then the starters pray together right before the game.