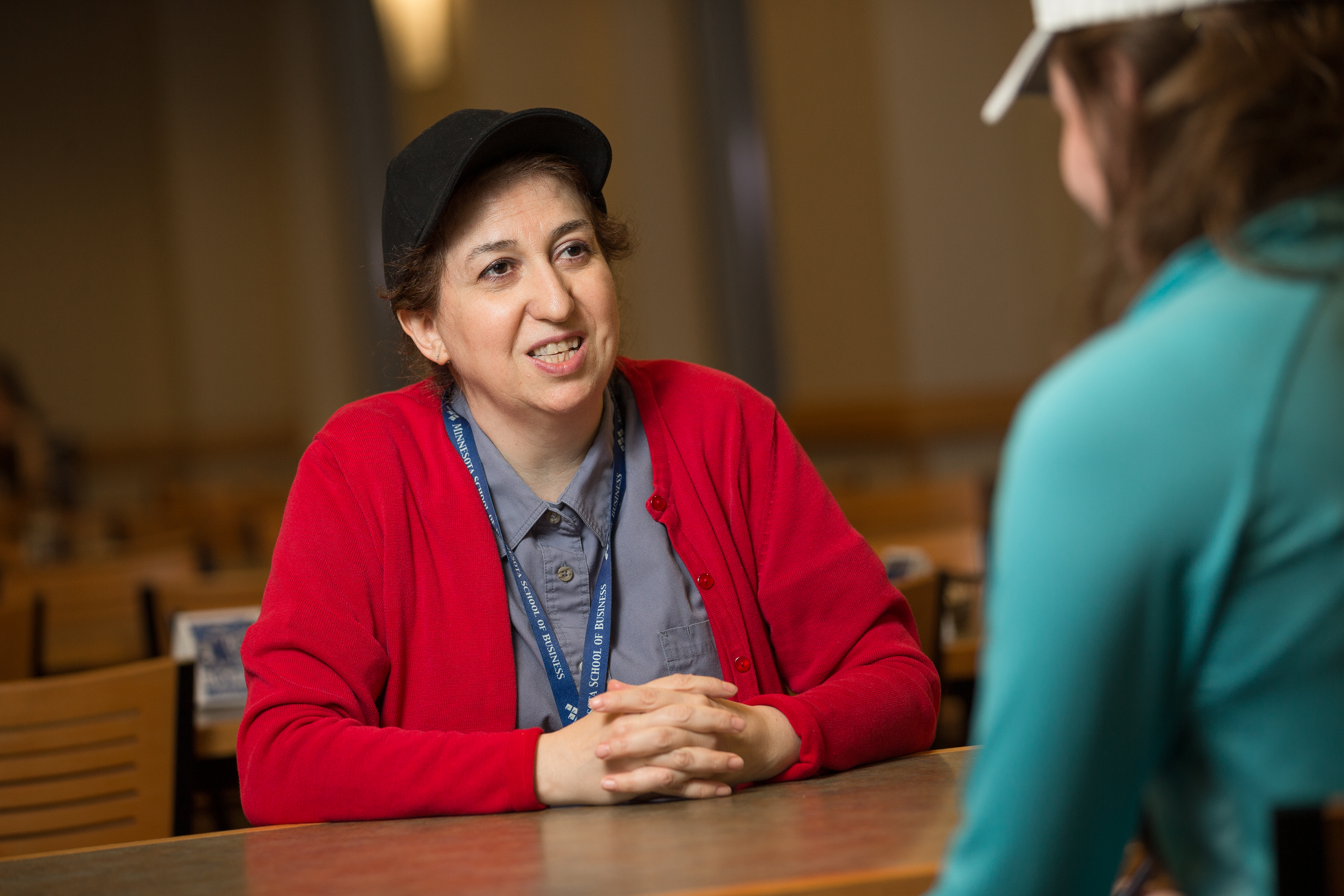 Syrian immigrant and longtime dining center worker fears for loved ones back home and sheds light on crisis of her people.

Fayzah Sattout lets out an infectious laugh and explains how her favorite time of the year is Ramadan, a holiday recognized by Muslims as a time of fasting. She’s no stranger to working shifts in the Dining Center without eating or drinking all day, and jokes about enjoying fewer bathroom breaks because of it. She recalls winning a $250 prize one August during a Sodexo meeting to prepare for the upcoming school year. Because the money was meant to buy food, she couldn’t accept the prize. But Sattout always presents her faith in a dignified manner.

“I’m proud of my religion,” Sattout, a devout Muslim said.

Sattout grew up in Syria, where she attended a university and earned a bachelor’s degree in economics. In 1999, she, along with her mother and now ex-husband, emigrated to the United States. She has worked in the DC for nine years, along with another job at a nursing home in New Brighton. During her first few years at Bethel, Sodexo worked with Student Life to provide housing for Sattout and her mother. She is one of four children in her family and all her siblings currently reside with their families in Syria. She reminisces about the fruits and meat in her country and wishes to invite others back to her home, but the ongoing Syrian civil war prevents her from returning. Damascus, Syria’s capital and Sattout’s home for 33 years, is now vacant and destroyed from shrapnel and war violence.

Contributing to the unrest in Syria is ISIS’s territorial claim in the country. The conflict is one of the largest driving factors behind the current global refugee crisis, the worst crisis since World War II. Thousands of Syrians have been forced to flee their homes to either find a safer city or seek asylum in a different country. Sattout’s brother is one of many attempting to leave, and plans on moving to Turkey early next week with his family.

Sattout is saddened to see ISIS commit these atrocities in the name Islam because of the way it paints an unfair view of her religion and Muslims everywhere.

“It is so disgusting to see ISIS adopt Islam, no they are not. They don’t have religion,” Sattout said.

To illustrate ISIS’ ignorance, Sattout tells a joke. A couple is stopped by a member of ISIS, who demands they recite scripture from the Q’uran as an indication of their allegiance to Islam. The husband responds and they are let free. The wife is in shock, as they are a Christian couple and her husband recited a passage from the Bible. ISIS does not understand anything, the husband says.

“Who is ISIS? I don’t even know who they are. Not Islam, not Christian. You know what is the meaning of Islam? Peace,” Sattout said after.

Her family evacuated targeted cities roughly three years ago, leaving everything behind. One of her brothers sold his car in an unsuccessful attempt to flee of the country. Many Syrians give money to the government so their kids will not be recruited into the Syrian army, an important part in understanding the refugee crisis, according to Sattout. She said the army intentionally ignores human rights laws and enables corruption. So bad is the corruption, the military hints trouble will come if citizens do not vote for the current president, the only man on the ballot. Cousins of Sattout’s family often vote in place of their aunt, who is too ill to move.

Bethel prides itself on a strong sense of community, and Sattout encourages students to enhance the sense of community by broadening their perspective on issues of global importance. “Community comes from two or more,” she said. “Go to the other side. Do something to hear [the] other side.”

With the holidays approaching, Bob Schuchardt, overseer of Bethel student employees and Sodexo associates, is excited to see Sattout thrive. According to Schuchardt, she does very well over the holidays and often brings Syrian treats to share with employees.

Schuchardt’s wife, Ruth, often discusses faith and the crisis with Sattout. Ruth’s compassion is not something that goes unnoticed. “She’s so cooperative, just to support me,” Sattout said as her eyes welled with tears.

Ultimately, Sattout wants everyone to know the truth about Islam and Syrians.

“I would love to tell every American that we are really peaceful people,” Sattout said.

0 comments on “A World Apart”