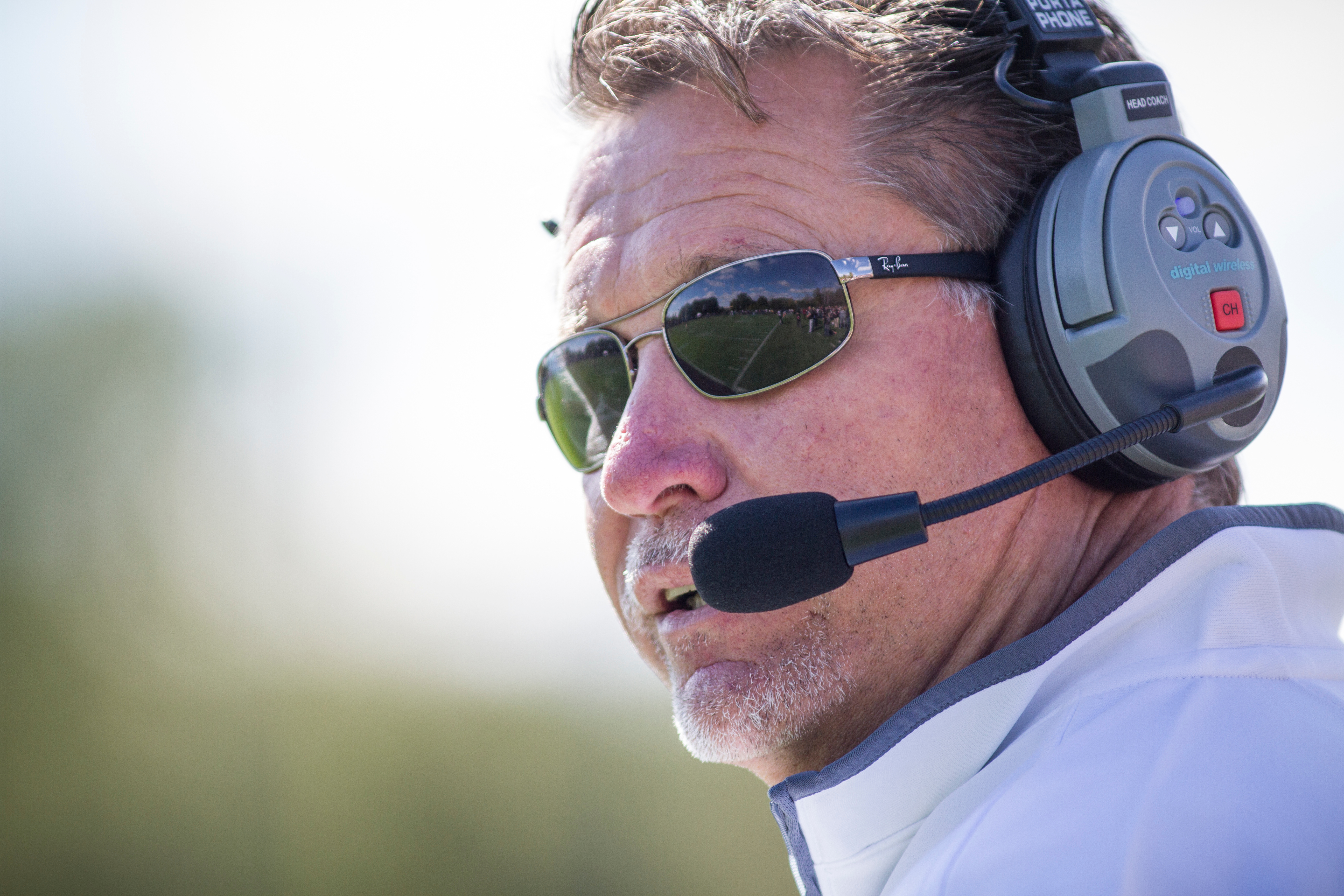 Humility and embarrassment were the first two emotions that Steve Johnson felt when he found out he had been inducted into the Minnesota Coaches Association (MFCA) Hall of Fame.

On January 27, the MFCA announced the 2016 Hall of Fame inductees. Johnson was among the six selected.

The hall consists primarily of high school coaches, as Johnson will be just the sixth collegiate representative. The MFCA has inducted six new members every year since 1965.

The upcoming season will be Johnson’s 28th as Bethel’s head coach. He had a streak of 23-consecutive seasons with a winning record. Under Johnson, the Royals have won five MIAC championships, two NCAA West Region titles and made eight appearances in the NCAA playoffs. Johnson holds an overall record of 197-87-1 as head coach. Should he win three more games, Johnson will be the 76th coach in college football history to reach the 200-win milestone.

Johnson said winning an award like this “didn’t even cross his mind” when he took over the position in 1989.

“We were really bad,” he said, remembering his task of inheriting a 2-8 squad. His only concern was turning the program around.

Just one year later, the 1990 season, the Royals finished 7-3, the first winning record under the new coach. According to Johnson, that team was led by current women’s golf coach Trent Anderson and and current offensive coordinator, Greg Peterson. Playing for a chance at the conference title in the season’s final game, the Royals lost to the Carleton Knights in the final seconds.

“I remember thinking that we would would never be in that position again,” Johnson said. “I vividly remember I was kind of mad at the Lord.”

He thought they would never have another chance to win the conference.

Johnson couldn’t have predicted that 10 years later, in 2000 and 2001, the Royals would win back to back MIAC titles, then go back-to-back again in 2006 and 2007. Johnson would lead the team all the way to the NCAA final four in 2007, claiming the West Region title and finishing the year 10-1. His most recent conference championship was in 2013, when Bethel finished the regular season undefeated and again advanced to the NCAA playoffs.

For some coaches, milestones are numbers – the winning record, the final score, the total yards. For Johnson, however, the milestones aren’t when there are more wins than losses. Johnson has three key principles upon which he has built his program and he encourages his players to adopt and execute them.

The first is gratefulness.

“Gratefulness has to be a way of life,” Johnson said, referencing James 1 which highlights that faith that produces perseverance.

The second and third are toughness and devotedness. Johnson encourages players and coaches alike to make those key principles a way of life, telling his players that “you get good at what you practice.”

Johnson encourages his teams to “hold the rope,” and said that was the mantra of the 2011 team, which advanced to the NCAA final four.

“The idea is that your teammates are the ones to hold the rope for you,” Johnson said.

Josh Aakre, quarterback of the 2011 team, said that a bond was developed among the players that year and credits those bonds to the culture instilled by “Coach J.”

“My teammates were not just characters driven by selfish personal goals, but teammates who would hold the rope for each other,” he said.

A 2011 graduate, Aakre said he’s been able to reflect on Johnson’s impact on his life now that he’s been removed from the program for a few years.

“The man can cry with the best of them,” Aakre said. “I saw true humility and a daily freshness from him in my time with the Royals.”

Johnson strives to continue to build upon gratefulness, toughness and devotedness for the upcoming season and beyond.

“That’s where James 1 comes in again, that perseverance to stay in this sucker,” Johnson said. “Bind those three up in love. Building them on our players and coaches and having that branch out produces good juice.”

0 comments on “A Call to The Hall”