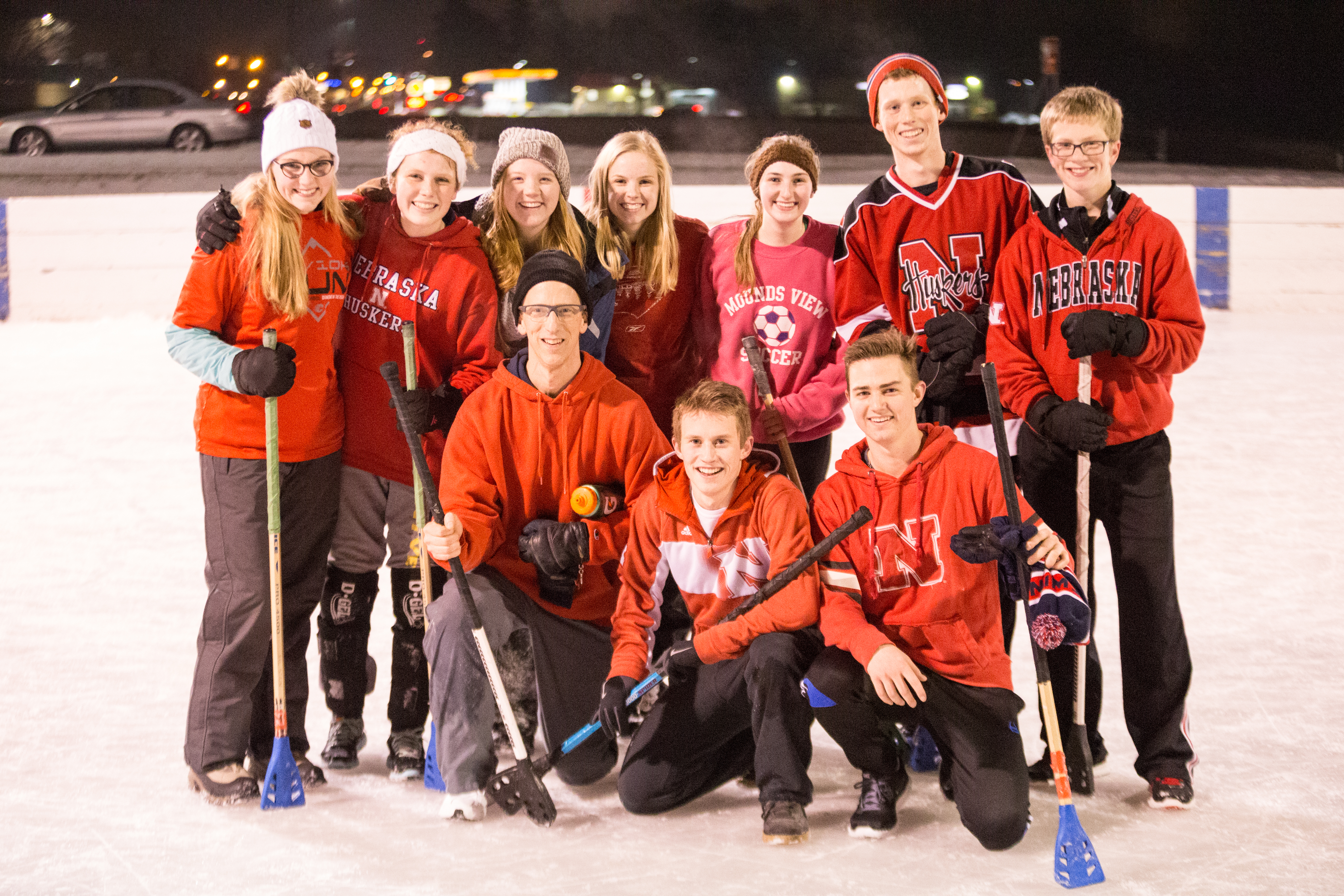 Broomball runners up have a rich family history

J-term at Bethel means two things: less class and broomball. Over the entire span of January and into February, 52 co-ed broomball teams faced off at local rinks for the ultimate glory: the intramural rec sports championship t-shirt.

With a total of 12 goals, Daniel Stein was the leading goal-scorer this year and named MVP by BU Rec Sports.

As just a PSEO freshman, Daniel is one of the youngest players that participated in broomball this year. He’s no stranger to the sport though, having played pickup games and playing part of Bethel’s club league.

Not only did Stein earn MVP honors, he also founded the broomball team with the richest of family histories.

The team is called “Genetic Advantage” and they welcome anyone associated with the family name. There are siblings Lydia, Jacob and Daniel Stein; Matt, Chris and Keith Stein; Sam and Taylor Adamson, whose mother’s maiden-name is Stein; and of course “uncle” Keith Stein, a physics professor at Bethel.

Two cousins, Sarah and Katie Magnuson and three “ringers”; Erica Jensen, Emily Matye and Micaela Gochanour made up the rest of the squad.

“We call [the ringers] our adopted cousins,” Keith Stein said.

The Steins and broomball trace all the way back to the 80s when each of the family member’s parents played together while enrolled at Bethel. Now, with all of the Stein offspring under the same roof, they thought it was time to keep the tradition going.

“We just thought it’d be fun to have all the cousins playing on the same team,” Daniel Stein said.

At first, they enjoyed playing and competing together as a family, but soon enough, they began to realize they had a shot at a championship.

“I thought, ‘Wow, this team really has a chance to win it all.’” Keith said with a laugh. He knew they’d be competitive going into it, but he didn’t truly realize how good his team would be.

“As the old guy on the team, I got to stay back on defense and watch the cousins work their magic.” Keith added.

Keith Stein joked that if he weren’t playing on the squad, Genetic Advantage would be one of the youngest teams, made up of mostly freshman and PSEO students.

“However, with me, we were probably one of the oldest,” Keith added.

Genetic Advantage went on to have an 8-1-1 record, with their only loss coming in overtime, in the championship game against Meat and Potatoes.

Keith and Daniel hope this won’t be the end of the family legacy. Keith hopes the team makes another run for the shirt next year. However, they will be absent of their MVP and top scorer, as Daniel will be enrolling in the Naval Academy next fall with the aspirations of becoming a Navy Seal.

“Broomball has been so much fun watching the cousins play,” Keith said, “With enough up and coming Steins, hopefully we’ll be back.”