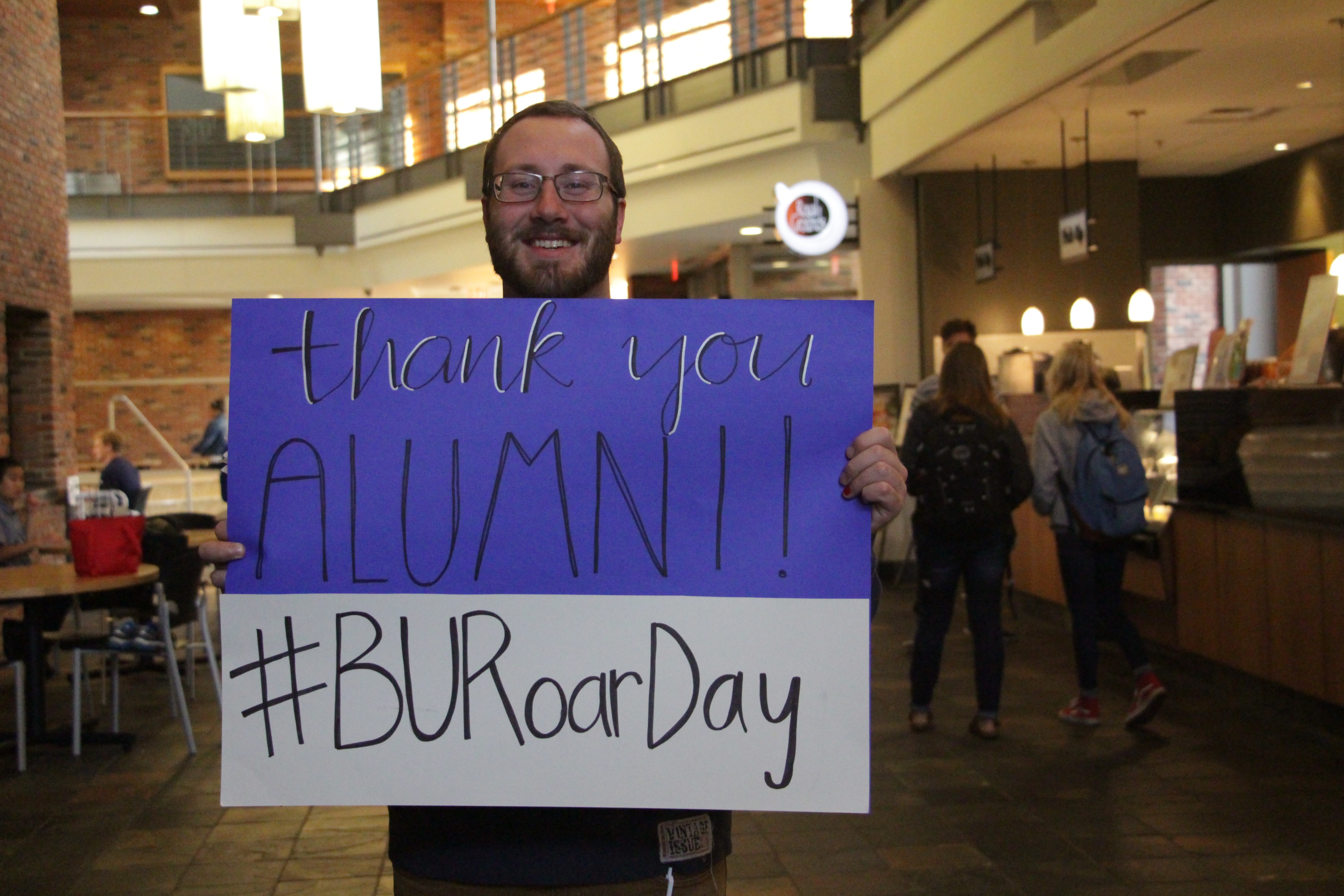 The BC roared with Royal Legacy student workers chatting about how alumni directly impact current and futures students at Bethel Tuesday Oct. 11. Royal Legacy Programming Coordinator and BU alum herself, Erin Van Sickle, educates students walking by about why they do Roar Day once a year.

“ROAR day is a one day giving campaign that takes place almost exclusively online,” Van Sickle said. “It’s a day where alumni, graduates, friends, even parents of the school help out and support current Royals and crucial programming by giving gifts online.”

Although many students have commonly misinterpreted ROAR day tying to Roy the lion in some way, “ROAR” actually stands for Raising Our Alumni Rate. Alumni participation rate, or APR, is a critical measurement of a college’s reputation. Therefore, the higher the APR rate is, the more attractive a college will look to granting agencies.

“It affects how they’re ranked against other universities, and it’s a number that granting agencies look at in order to assess who they’re going to give that money to,” Van Sickle said. “So APR is a very important thing for a school. Every time an alum gives a gift, it raises the APR.”

Van Sickle also continued to mention how the amount donated doesn’t matter because it affects the APR the same. An alumni could donate a dollar or $10,000 and the APR rate would be raised the same, and students that had 30 or more credits were considered alumni too, so their gifts counted towards the event as well. Although the amount doesn’t matter, the idea of it coming from an alumni has been expressed by Campus Ministries Pastor, Matt Runion, to be more valuable than coming from someone random.

So while the student workers chattered, took pictures and played bean bag toss, the most important thing they wanted to get across to students is the fact that the money collected doesn’t go towards Bethel itself- it goes back to the students.

“A lot of people think we are just calling and raising money because Bethel needs money to pay their bills,” Royal Legacy student worker Anissa Thielsen said. “We do it because it directly impacts students, and the money we raise goes straight back to them by lowering the cost of tuition and providing scholarships.”