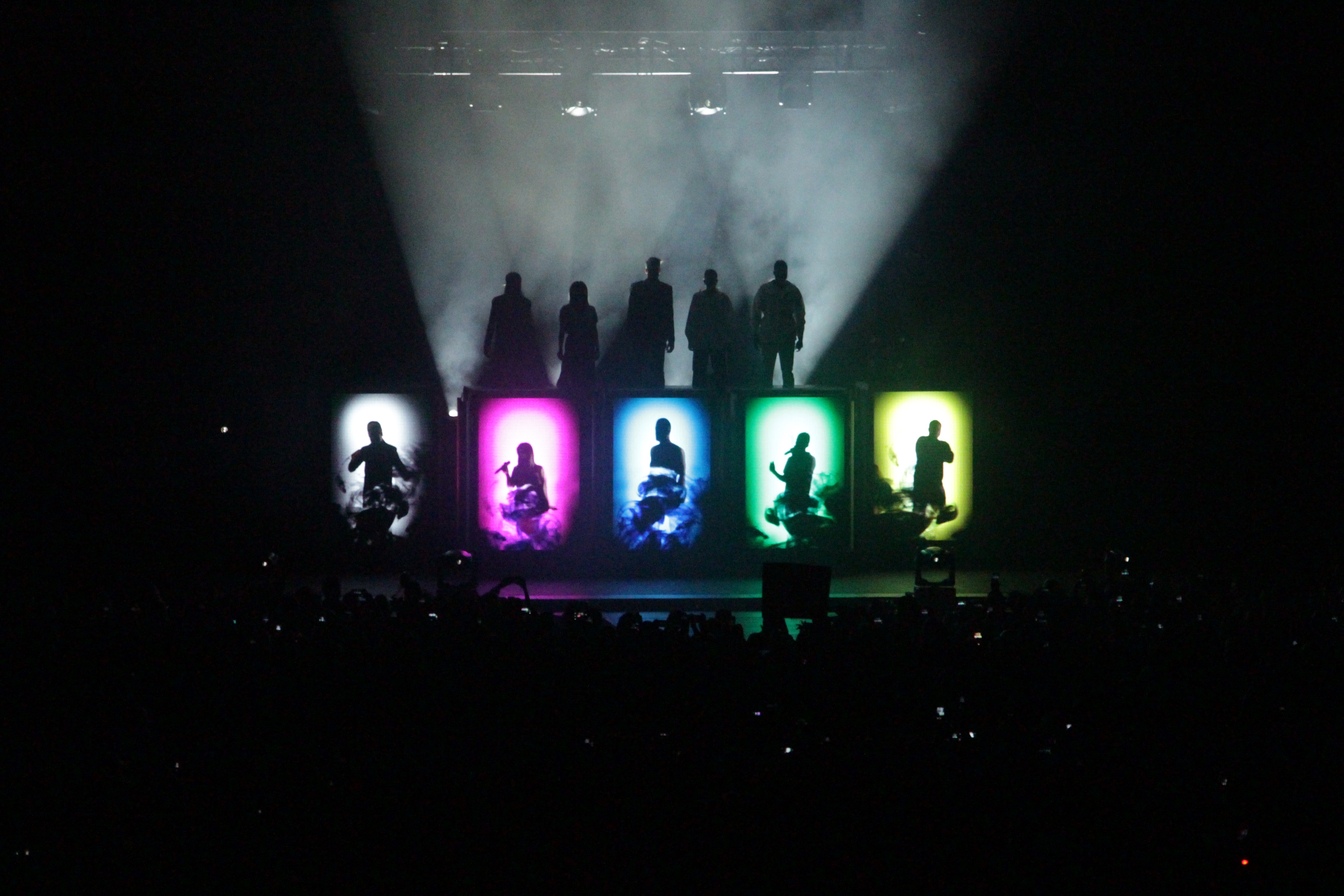 On their second world tour, a cappella group, Pentatonix, could carry a tune but not a whole show.

I first discovered Pentatonix after I walked out of the movie theater playing Pitch Perfect, starry eyed about the idea of a cappella, and searched for groups much like the Barden Bellas and stumbled across something much better.

Since the release of their 2012 EP, the a cappella group, Pentatonix, has become somewhat of a phenomenon in both inside and outside of the acapella world. They have smashed every expectation set for them- including snagging their first no. 1 on the Billboard 200 chart, reaching over 1 billion YouTube hits, and having the highest charting Christmas album in 2015 since 1962.  The double Grammy-award winning artists are touring around the world for their second time and being the devoted fan that I am, I bought tickets (and made my friends buy their tickets as well) as soon as I heard they were coming to Minneapolis.

While the group of five extremely talented individuals put together a great show with bright lights, perfectly choreographed dance moves, and managed to pack out the Target Center, the concert fell short. Despite all of their success, the acapella group could carry a tune but not a whole show.

The group started off strong with flashing lights and fog machines while performing to their top covers like “Cheerleader”, “Daft Punk”, and their orginal “Can’t Sleep Love” but they pulled out all their tricks too soon. Pentatonix put on a 90 minute show, filled with vocal gymnastics and tight harmonies, but unfortunately grew less interesting as time went on. Though the a cappella troupe has an amazing vocal range, from Grassi’s soaring soprano to Kaplan’s rumbling bass, they lacked the chemistry on stage that their opening act, Us the Duo, had.

Don’t get me wrong; Pentatonix put on a really good show. I loved when Kevin Osula, the quintet’s beatboxer, pulled out his cello and started beatboxing to Bach’s Cello Suite No. 1 or at the end of the show when the group set their mics on the floor of the stage and performed their haunting original, “Light in the Hallway” completely micless to over a thousand people.  All of those things make a really good show.  But what makes the difference between one really good show and a great show is captivating your audience and that is where Pentatonix fell short.

If I had to rate the concert overall on a scale from one to ten, I would probably give it a solid eight. Does that mean I’m not going to be belting out their new Christmas album in the shower and annoy all of my roommates? Of course not.