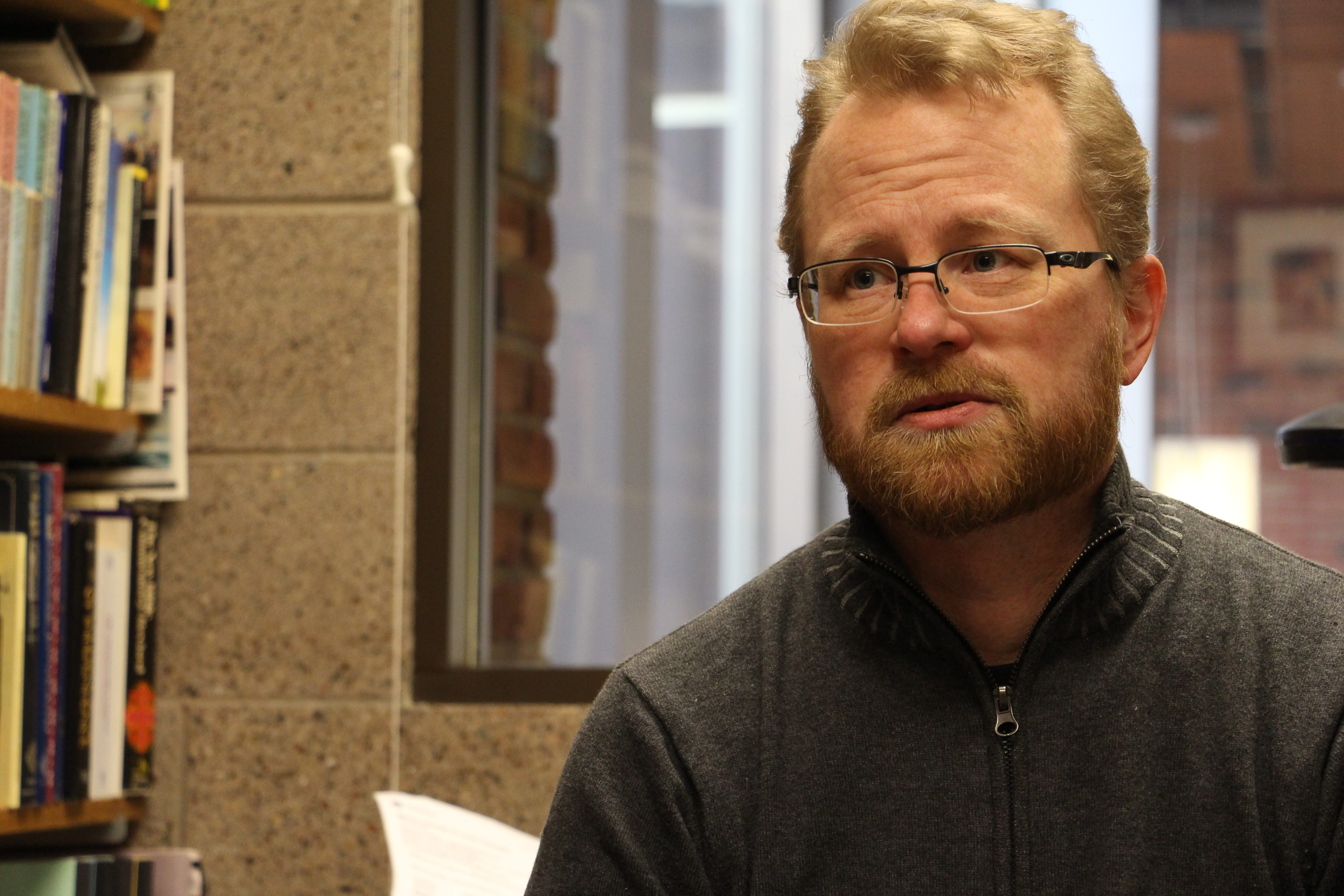 Mark Bruce took a deep breath as he hauled a storage box in his basement. A strange feeling settled over him, followed by dizziness. He’d been experiencing chest and back pain all summer, but this time was different. This time his blood pressure skyrocketed – and didn’t go back down.

Bruce called for his wife to take him to the hospital. He spent the remainder of the night in the hospital, waiting while the doctors ran a gamut of tests.

“It was a pretty boring scenario,” Bruce shrugged. “First they made sure I wasn’t having a heart attack. Then they did blood tests and found out my glucose was incredibly high.”

The blood tests revealed that he needed a stent. Rather than the suggested two hours, it only took 45 minutes. It would have been even shorter, but they had to prick Bruce three times because they thought his results belonged to the patient in the room nextdoor. They shared the same condition: diabetes.

Before then she believed it was a muscle problem – a situation less severe than the truth. The doctors called for follow-ups.

These included a stress test and an echocardiogram, which then spurred an angiogram with the proof that something was wrong. Bruce sat still as they ran an arthroscopic tube up his arm and injected dye into his system. This way, they could look at black and white imaging of his arteries.

He couldn’t think. Not just because of the overwhelming information, but because the drugs required for the angiogram had made him incoherent.

The doctors didn’t waste time scheduling the surgery, a Quadruple Coronary Artery Bypass Graft. Bruce was terrified – until now, the common cold was the only thing he’d visited the doctor for.

Before the surgery, Bruce was supposed to meet with head of English department Susan Brooks for a summer meeting. They’d known each other for 13 years. In fact, Brooks had been on the team that hired him. For part of the process, she observed Bruce as he taught a Shakespeare class and was instantly sold by his enthusiasm. But that July, Brooks had no idea that enthusiasm was flickering.

“Was I not paying attention? Was there something I could have done earlier?” Brooks said.

By the time Bruce found out the news, the damage was irreversible. The Bruce family didn’t lose hope, however. In fact, they counted him as blessed.

“The doctor said that he was hanging on by a thread, and if he’d had a heart attack he would have been dead before he hit the floor,” Julianne recalled. “There was no reason that he should have been alive and that point, but there he was. God got him through it.”

Bruce ended up with the most prominent heart surgeon in the city. On the day of the surgery, Brooks and colleagues set up a communication tree, exchanging emails and prayers with each other and Julianne. The procedure took four hours.

“I remember telling my wife that it felt like my brain had been transplanted into someone else’s body,” Bruce said.

The operation left him with worse symptoms than a runny nose and a scratchy throat. The disabling pain and weakness kept him in the hospital for nine days. During this recovery period, Bruce had a nurse watching him 24/7, surgeons running diagnostics and a physical therapist helping him walk and rebuild his strength. Slowly his skin faded from green, a side effect of the heart-lung machine, back to its original color.

“An army got me through this time in my life,” Bruce recalled. “The one good thing about this was what it felt like to have so many people come together and keep me alive.”

Bruce came back to Bethel in the fall with a ‘rip the Band-Aid off’ mentality. He winced through the pain, believing he could power through. However, he had to cancel class often.

“I’m not used to the idea of my body putting hard limits on what I can do,” Bruce said. “I’ve never had a situation where I couldn’t just soldier through being tired or stressed. I found if you don’t respect that limit, you could wind up back in the hospital.”

He backtracked to the hospital, where he stayed overnight in the ER. Finally, this convinced Bruce it was time to go on medical leave.

“It was hard because he’s someone we really value,” Brooks said. “He has gifts that we were glad to have back in the fall, and then we missed them when they were gone again.”

Bruce went to Human Resources first to show them verification from his doctor. After that, it was up to the Academic Department to make it work.

Junior Katie Saffell, his TA, also assisted with classes. She had accepted the TA position that summer aware of Bruce’s predicament. She’d only taken one course from him, but knew she wanted to jump in. Bruce’s care for his students and his interests made the decision easy.

“It’s incredible that he came back to teach that semester,” Saffell said. “It just shows you how passionate he is about what he does.”

Ask Bruce about the Bayeux Tapestry, Old English or original manuscripts and his tone will fill with excitement. Though constantly curious, Bruce had to put his studies on pause.

During his three months off, Bruce was able to receive the majority of his paycheck and finish healing. Completely banned from all work-related activities, he caught up on Netflix documentaries and read meditative postmodern novels.

Weakness still plagued Bruce’s muscles, so he went to cardiac rehab three times a week. While his strength gradually returned, the fear never left. Bruce was prescribed anti-anxiety medication. Journaling, exercising, prayer and family combated this persistent worry, but some days nothing helped.

“The terror didn’t go away right after the surgery. I lived with the fact of this heightened awareness of how my body could betray me,” Bruce said. “It was a long time before I could stop being scared the next unpleasant sensation might be the last thing I ever feel.”

He returned spring semester with the level of excitement of Bilbo Baggins on an adventure – Bruce is a Lord of the Rings enthusiast, a speaker of the Tolkien language and an owner of a miniature trebuchet—but Bruce also returned with a different routine. Brooks sees him leaving his office during the day for rehab and exercise.

Monitoring what he’s eating and how he’s taking care of his body has led to a change of diet, and more importantly, a change of perspective.

Doctors told Bruce it takes a year to fully recover from the procedure he underwent. By next fall, he’s certain he’ll be entirely recharged. At this point, a downslide in health is as likely as getting hit by a bus, or more appropriately, the Tube, since by September he’ll be exploring England with students.

Bruce is back doing what he loves with the people he loves to work with. March 8 he took his England term students, Chaucer class, alumni and colleagues to the Guthrie Theatre to see King Lear.

“During the play I was thinking, in July I didn’t know if I would still be on the planet,” Bruce said. “But there I was sitting and watching a wonderful performance of a Shakespeare play surrounded by old students, great friends and colleagues. So life is pretty good.”