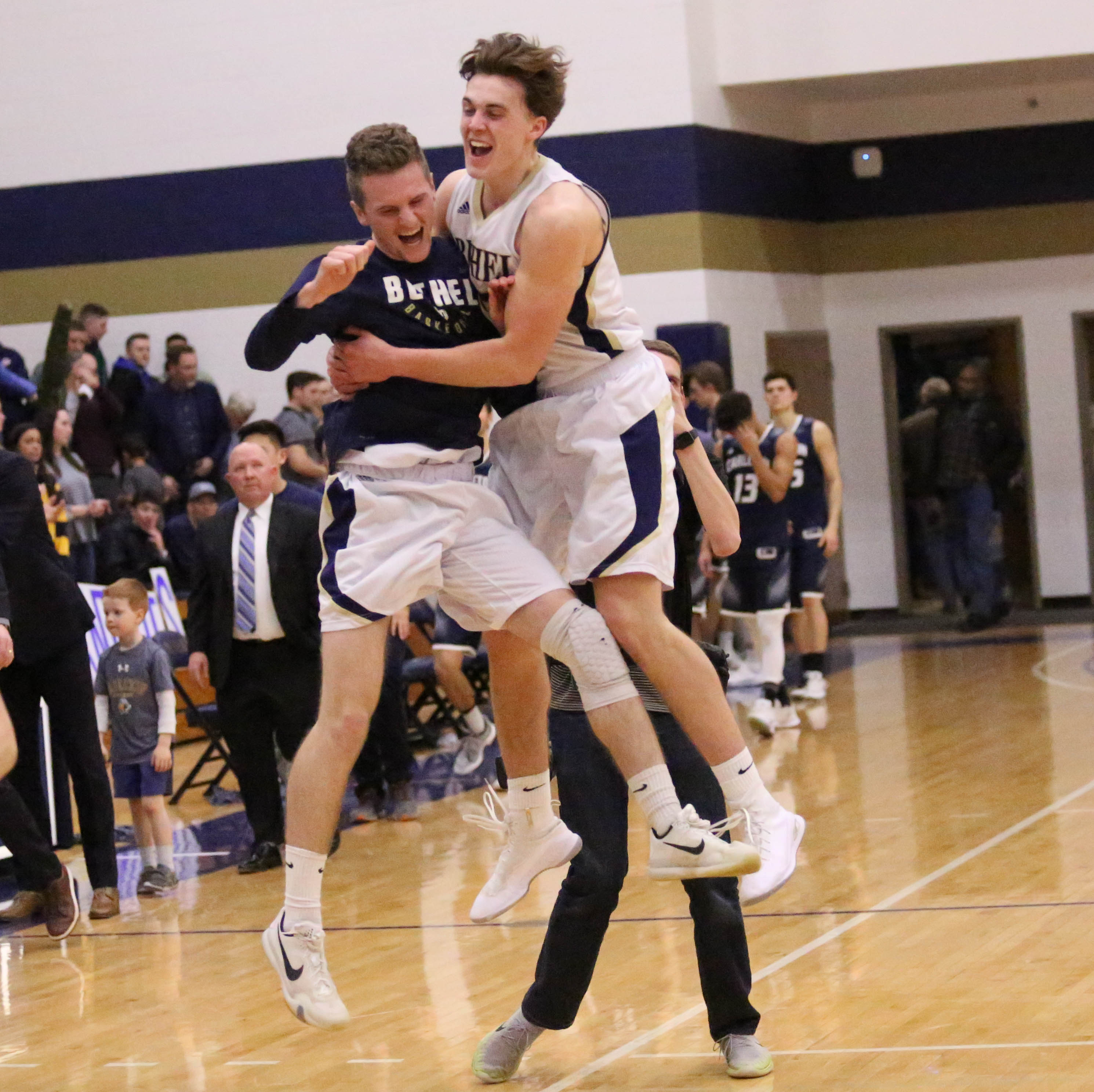 Bethel advances to the semifinal against St. Olaf after 71-66 win over Carleton College.

The Bethel men’s basketball team defeated Carleton College 71-66 in the MIAC quarterfinal. The Royals rallied back from down 11 points with 10 minutes to go, taking the lead in the final minutes of the game. Bethel led for most of the first half, but fell behind 36-34 at the break due to a number of costly turnovers on offense.

They trailed for most of the second half, but managed a comeback in part because of the Carleton Knights’ abundance of fouls. The Royals were in the bonus with more than 10 minutes to go, leading to key free throws in crunch time.

The Royals were led in scoring by junior Matt Ambriz, who scored 21 points on a blistering 7 of 8 from the three point line. Sophomore Granger Kingland poured in 19 points, including a crucial three pointer during the Royals’ 25-9 scoring run over the last 10 minutes. Senior Bridgeport Tusler added 11 points, five of which were free throws. Tusler suffered a lower body injury with less than five minutes to go, his status moving forward has not yet been announced by the team.

Bethel swept the season series against Carleton, winning by 11 in a mid season matchup and  by 16 in the regular season closer Feb. 17.

“It’s really tough playing this team back to back,” said head coach Doug Novak. “I thought that more than any scheme or Xs and Os it was mental toughness that won for us down the stretch.”

The Royals play at St. Olaf in the MIAC semifinal Feb. 23.