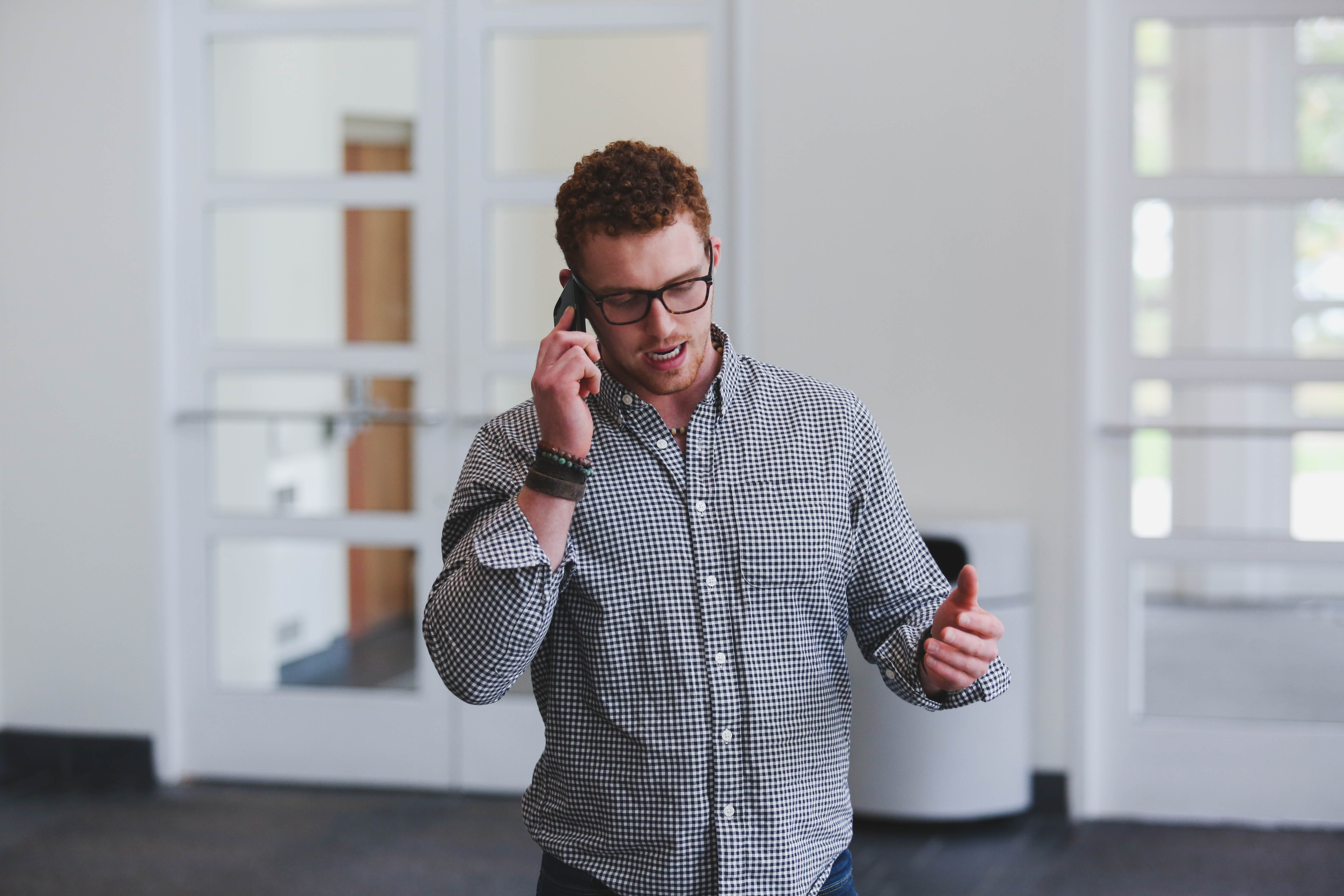 A twelve-year-old’s side job transformed into a multi-service company.

As a middle-schooler, Tanner McCarron knocked on every neighborhood door to pick up lawn mowing jobs. Nine years later, he now manages his own company from 250 miles away.

Tanner’s Lawn Care Services ran for three years before McCarron partnered with his childhood best friend Nathan Bajema. The two combined their smaller lawn mowing gigs into one unified business to see how they could improve their sales and services.

They changed the title to TNT Lawn Care, short for Tanner Nathan Total Lawn Care. Bajema and McCarron’s business started in local backyards near Sioux Falls, South Dakota where they grew up.

Soon after combining his business with McCarron, Bajema decided to leave TNT and start working towards his passion for health care. Though he parted from the lawn care business, Bajema still helps McCarron with side jobs when needed.

From preschool in Sioux Falls to college in Arden Hills, McCarron and Bajema have been inseparable from the start. Bajema would best describe his friend as goofy and hard-working.

“When he walks past people in the afternoon, he’ll say good morning just to mess with people,” Bajema said.

McCarron has carried this positive attitude with him throughout his life. As he moved forward in promoting TNT Services, McCarron devoted himself to handing out physical flyers. For the first six years, he delivered hundreds of flyers to nearby neighborhoods.

During his junior year of high school in 2015, McCarron decided that he would quit track and spend that time off from preseason producing and distributing more flyers than he ever thought possible. He printed off 1,650 and handed them out just like he committed himself to lawn mowing: one door at a time.

The following year, McCarron saw the direct benefits of his efforts. He began hiring some friends looking for extra income, but quickly transitioned into finding his first full-time adult worker when he was 17.

“If you were just to know how all of the things that had to develop and had to develop just right for this to happen, you’d be blown away and it’s super humbling,” McCarron said.

Sales made through TNT Services have doubled in the last three years, McCarron said, and the pattern looks to repeat itself in the coming year.

The company’s wide range of services such as snow removal, landscaping and staining helped it remain open and profitable year round, unlike other competition in the area.

“We … help our clients make Saturdays fun again by saving them time, doing something that they don’t like to do,” McCarron said.

Before leaving for Bethel, McCarron established the company securely so that it could continue to function, even in his absence. Today, several full-time employees and a local manager assist McCarron through extensive online communication. Bethel students often see him roaming the halls while talking on the phone, as he converses with as many as 20 workers and clients daily, depending on the season.

McCarron could have entered straight into the workforce after high school, but he chose to pursue further business education instead. He knew that he eventually wanted to move to something beyond lawn care, so a college degree would help him continue growing as a businessman. McCarron has the opportunity to learn in the classroom and apply his acquired knowledge to his company simultaneously.

As a junior business and marketing student looking to finish his degree early this spring, McCarron wants to pursue a different business career in the Minneapolis area. He plans to sell TNT Services after nine years of running it himself.

Within his platform, McCarron has also had the opportunity to spread the Gospel to employees that may have never heard it elsewhere. Similarly with clients, he intentionally engages them in conversations that draw out what they believe.

With over 100 clients requesting services and seven full-time workers who have families to support and live more than four hours away from Bethel, McCarron has a lot more to think about than just schoolwork.

“It would get hectic, but he manages somehow,” Bajema said.

Full-time TNT employee Doyle Webbs said that he was grateful for the leadership and friendship that he has seen in his boss. McCarron has proven that he cares more about building relationships than completing tasks.

One morning, Webbs’ daughter woke up with a swollen face and he needed to take her to the hospital. After calling to explain the situation, McCarron gave Webbs the day off to be with his family. McCarron continued to check in with him throughout the day to see how her recovery process was going.

“That’s what I love about Tanner,” Webbs said. “He makes the job so flexible.”

When Webbs was not sure that his family would be able to pay the bills on time, McCarron provided him with his paycheck a week early.

“With that kind of job position, a lot of times the employees come from rough backgrounds,” Bajema said. “It’s really interesting to see how Tanner’s faith intersects with his business.”

Many of the full-time workers, including Webbs, are older than McCarron, but they still look up to him for his example of leadership and kindness.

“I try my very hardest to show them love with the words that I say and the things that I do,”  McCarron said. “This is how I earn their respect.”

McCarron wants to build relationships and strengthen the work environment, which Webbs noticed and pointed out how different McCarron was from his previous bosses.

“It gives me the opportunity to feel like I’m not just there to have a boss, but someone that puts me on an equal pedestal as them, treating everybody as equal,” Webbs said.

McCarron continues to connect with employees and maintain those relationships. Between schoolwork and constant phone calls, McCarron occupies himself with many responsibilities. Especially during the winter months, he stays up through the night accepting and coordinating snow removal jobs and still makes it to morning class the following day.

With all the time and effort McCarron has devoted to his business, he looks back on the evolution of the company and sees where God provided in ways he never thought were possible.

“There’s nothing special about me,” McCarron said “What I have and what it’s come to – I’m not like a genius, I’m not anything special. It’s 110 percent God.”

0 comments on “From backyards to big leagues”