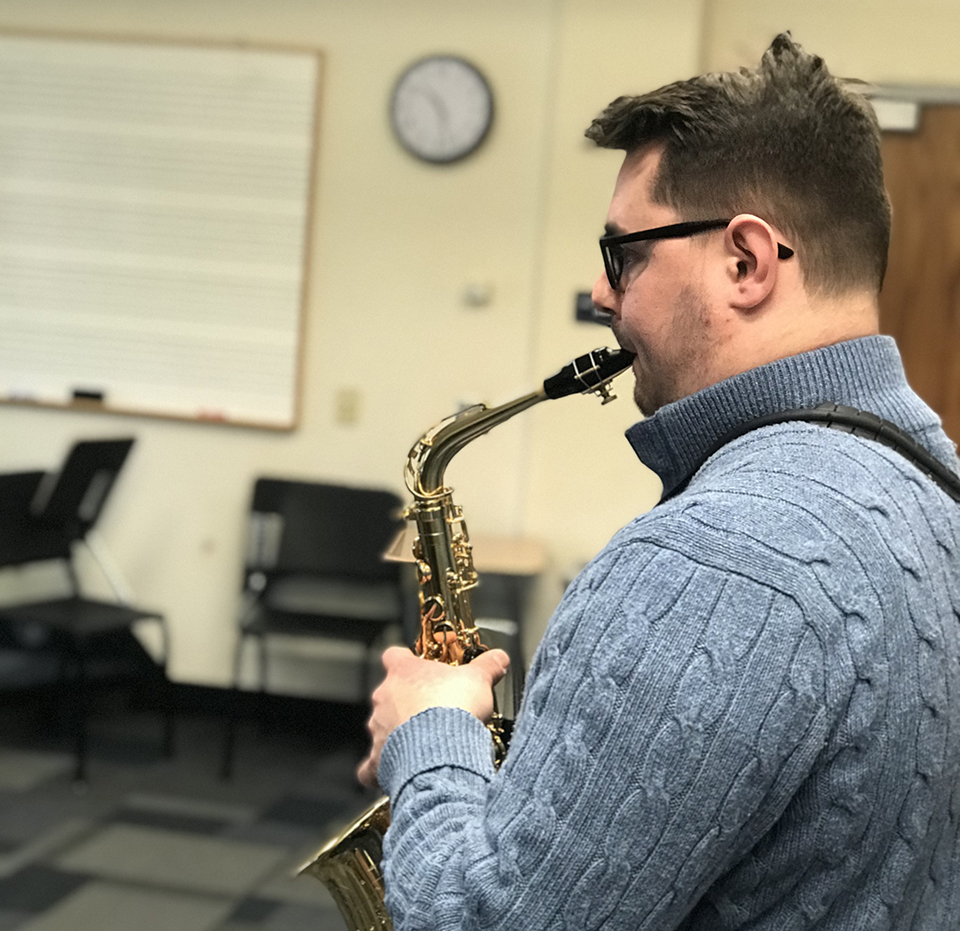 What it feels like … to play a really wrong note

Keegan Feller stood in front of three judges, ready to give a performance in order to find out where he will be placed.

“Whenever you’re ready,” one of the judges said.

Keegan began to play his alto saxophone, and six measures in, he began to sweat. His brows became moist, his hands began slipping on the keys of the sax and the stage lights beat down on his forehead as if a heated lamp had just been turned on and focused on him.

He plays a wrong note.  He just messed up, he just gave up his spot as first chair.

“But, at those moments, you just gotta move on with it,” he said.

What does is feel like to lead worship at Vespers?

At Bethel, student worship leaders get to experience a worship night from the Benson Hall stage.

The lights dim, house music fades and a keyboard atmospheric sound breaks the moment of silent transition. The worship band onstage hears a voice in their in-ear monitors saying, “intro 2-3-4” while the audience of worshipers simply hears the band start the song seamlessly together. Some people move up to the front of the auditorium, some stay in their rows, others look down from the balcony. For the next hour, the worship band plays songs most Bethel students know, creating a space to worship God.

The Vespers songs stem from a culmination of prayer and intentionality behind team leaders. Worship leader Willy Issa said he and his co-leader listen to worship music and combine songs that particularly speak to them for their Vespers team’s set. Then they put the songs on a Spotify playlist for listening and praying over them. When choosing their set, they like to choose two songs for the middle of the set to build a theme, which they build the other songs around.

Once Issa takes the stage, he thinks about the Bible verse, 2 Timothy 1:7, which says, “for God gave us a spirit not of fear but of power and love and self-control.” As a worship leader, he says he puts himself in a vulnerable position in front of the student body. He needs to block out a flood of emotions and insecurities that might enter his mind.

“I don’t want this to be something that isn’t a real sense of worship and something that’s just like I’m up here singing songs,” he said.