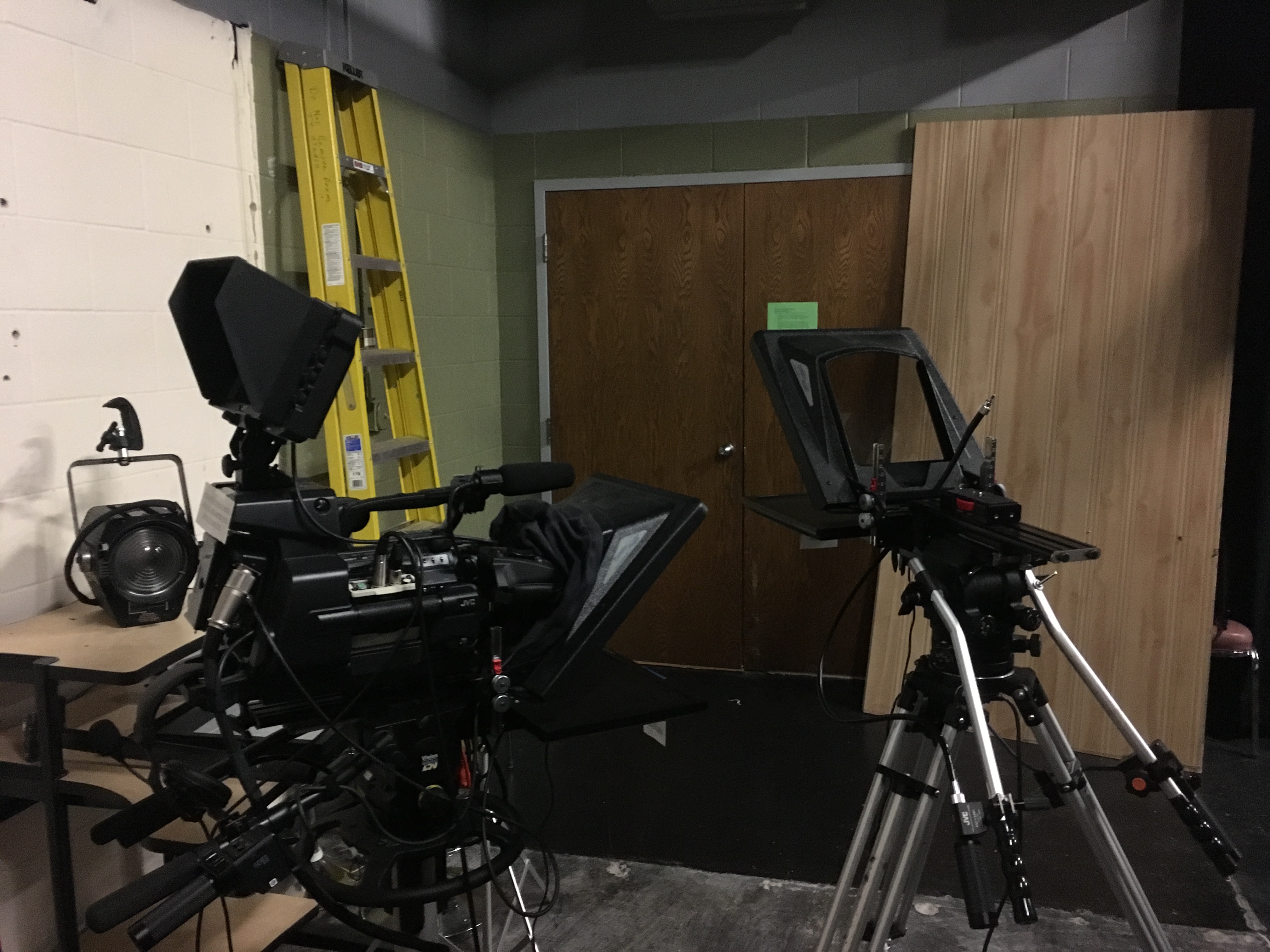 One facilities management cart, two men and a car. That’s all it took for more than $55,000 worth of media production equipment to be stolen from the communication studies department at Bethel University Nov. 6.

The motive of the crime is still unknown, but the case is currently under open investigation by the Ramsey County Police Department.

According to Hill, although the case remains partially unresolved, the robbery itself was caught on camera and the logistics and effects have been determined.

“What we know about the incident is that the two unknown males entered campus in the evening… and spent a significant amount of time in the Johnson Art Gallery,” Hill said.

On Nov. 7 at about 1 a.m. in the Hagstrom Center, the two unknown males burglarized the department of communication studies, Hill said.

According to Bethel media production professor Artie Terry, after reaching the studio, they broke in and retrieved two TV production cameras and six Apple desktop computers and loaded them into a gray extra-large facilities management cart. The cameras were worth $26,000 each.

“They rifled through the whole room,” Terry said. “They tried to take the audio control board. All the cords were disconnected. I guess they gave up.”

When he arrived for his 9 a.m. media production class, Terry noticed that the cameras were missing. He attributed it to department work by Nick Swedlund, the other media production professor at Bethel, rather than a robbery.

“I assumed Nick was on some remote shoot,” Terry said. “I called and asked ‘Nick, where are cameras two and three?’ He didn’t know either. That’s when I knew it was a serious robbery.”

After they concluded in the studio, the thieves then moved to several other areas of campus in an attempt to repeat the process.

“It was also reported to us that they made multiple attempts to gain entry into other spaces in the HC and Clauson Center academic buildings,” Hill said. “The individuals were seen leaving campus out the west gate.”

The robbery has affected media production classes during the past two weeks. Projects involving the equipment were delayed and classes were canceled.

“It screwed up all my classes,” Terry said. “Production 1 couldn’t edit because there were no computers. It affects all post-production for all production classes.”

According to Terry, none of the equipment has been returned to the department.

The case is still under investigation by the Ramsey County Sheriff’s Department. The Clarion was able to retrieve the official police report, but all significant information had been redacted.

“It may be information that they are still working on,” Ramsey County public information officer Becky Sherman said. “Releasing it may compromise further steps.”