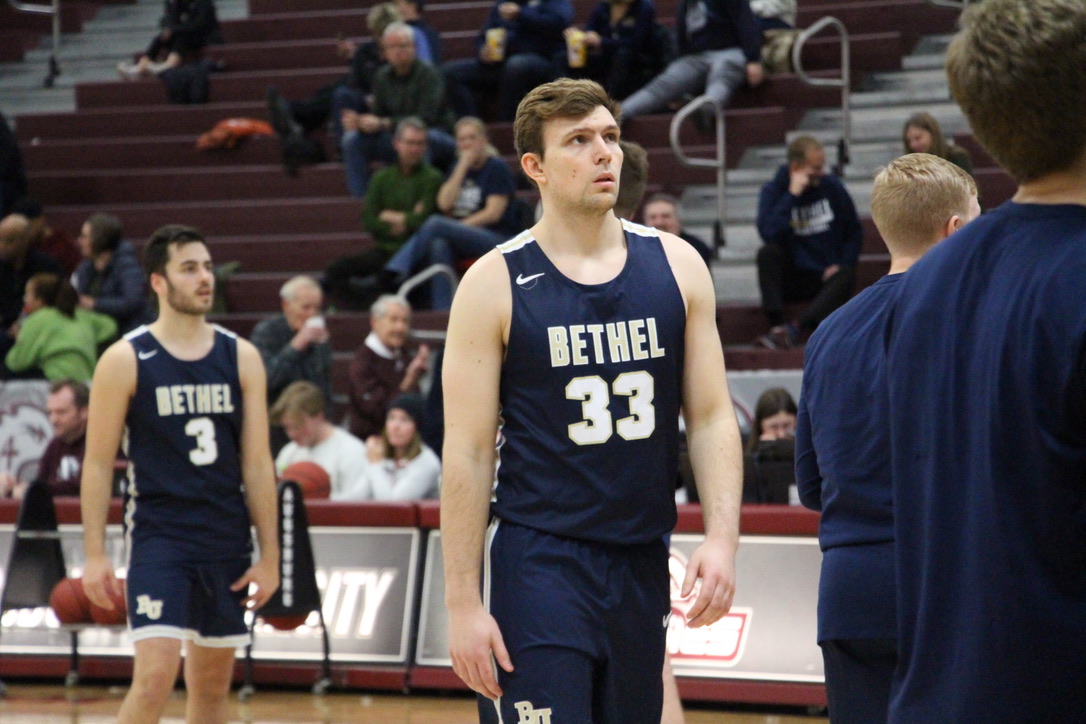 The Royals’ efforts late in the second half aren’t enough as they fall to Augsburg.

By Joe Hiti and Taylor Fondie

Coming off a screen at the top of the key, Derek Magnuson caught the ball. With no defender in sight, he shot and made his fourth 3-pointer of the game, cutting Augsburg’s lead to three.

In his 24 point outing the Bethel big man went 4-4 from deep in a loss to Augsburg University Wednesday night.

“Every game we play on runs,” Magnuson said in response to the Royals going down by 16 in the second half.  “As a team we did a great job playing possession by possession until we were back in it.”

The Royals went a on run of their own late in the second that saw Magnuson picking up 14 of his 24 points.

They started the game on a 9-0 run against the Auggies. But quick threes by the Auggies put the Royals into a hole they couldn’t get out of. The Auggies leading scorer Booker Coplin had 36 points.

The Royals came within two points by the end of the second half. The Augsburg coach was quick to have his players foul the Royals who were down by three, forcing them to shoot free throws with less than 10 seconds in the game.

“We just have to stay locked in,” Matt Ambriz said.