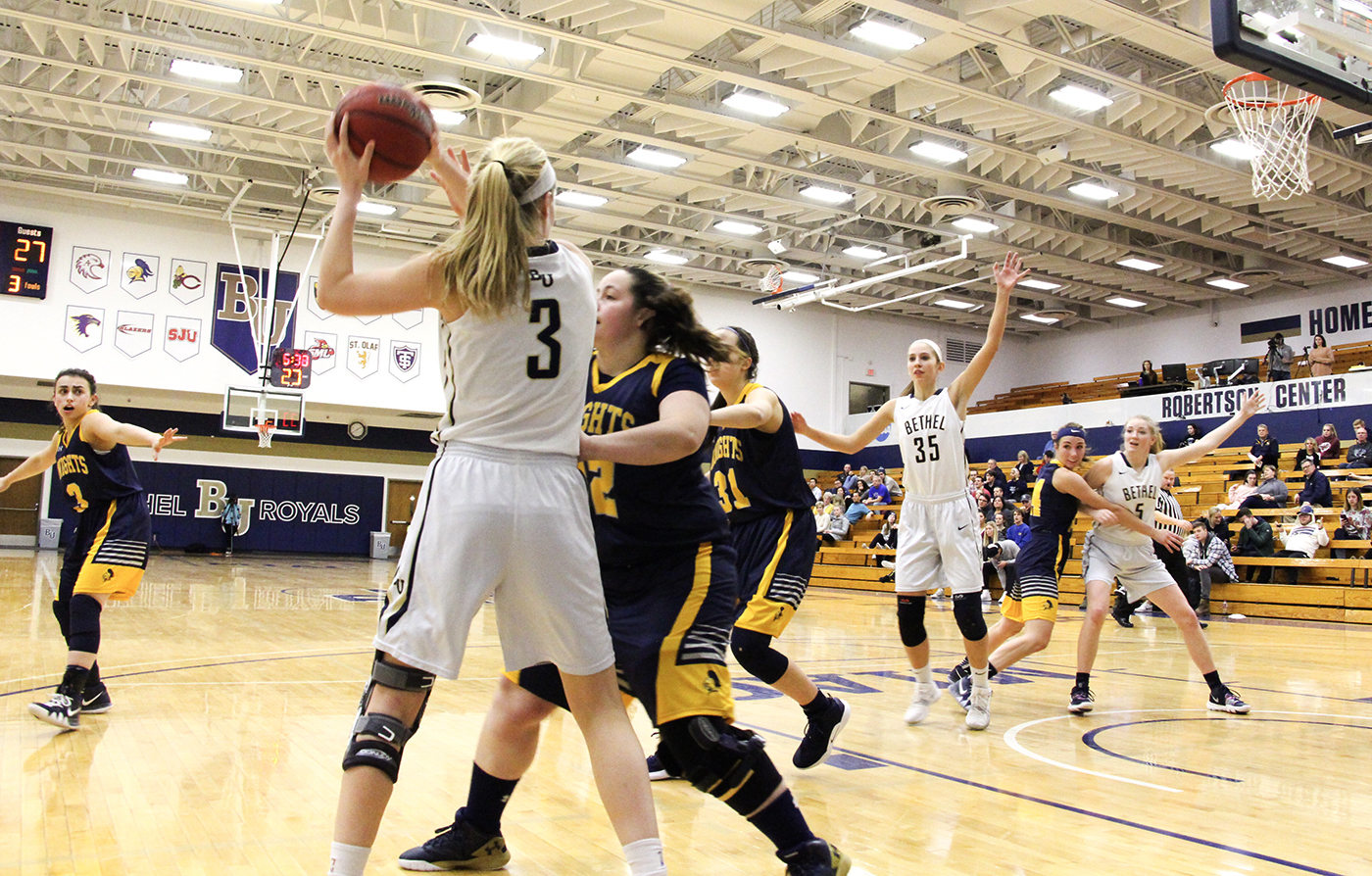 Bethel leads wire-to-wire to maintain the third spot in the MIAC standings. Next game is Saturday at home versus Macalester College.

As the Bethel Royals women’s basketball team held tight to the third spot in the MIAC standings Wednesday night, their next challenge pitted them against Carleton Knights, who came into the game winless in the conference.

Bethel jumped out to an 11-1 lead within the first four minutes of the game. From the opening tip, the Royals sprinted down loose balls and trampolined for offensive rebounds. By the end of the quarter, Bethel had a 12-point lead, fueled by eight offensive rebounds in a game where they totaled 18.

The second quarter played out like much of the first. Carleton’s turnovers ignited Bethel’s fast breaks. A 21-4 run helped the home team extend the lead to 52-25 at halftime.

After the break, Carleton could not buy a basket even if it were on sale. The Knights’ first field goal came at the 4:40 mark of the quarter, preceded by numerous turnovers. The visitors had 33 turnovers, compared to the home team’s 11 and the lead ballooned to 78-39 by the end of three.

By then, the starters had done their damage.

“We didn’t dip down to our competition tonight,” Herbrechtsmeyer said. “Our goal is to get better every game out so that when we get into the playoffs, we play at our highest level.”