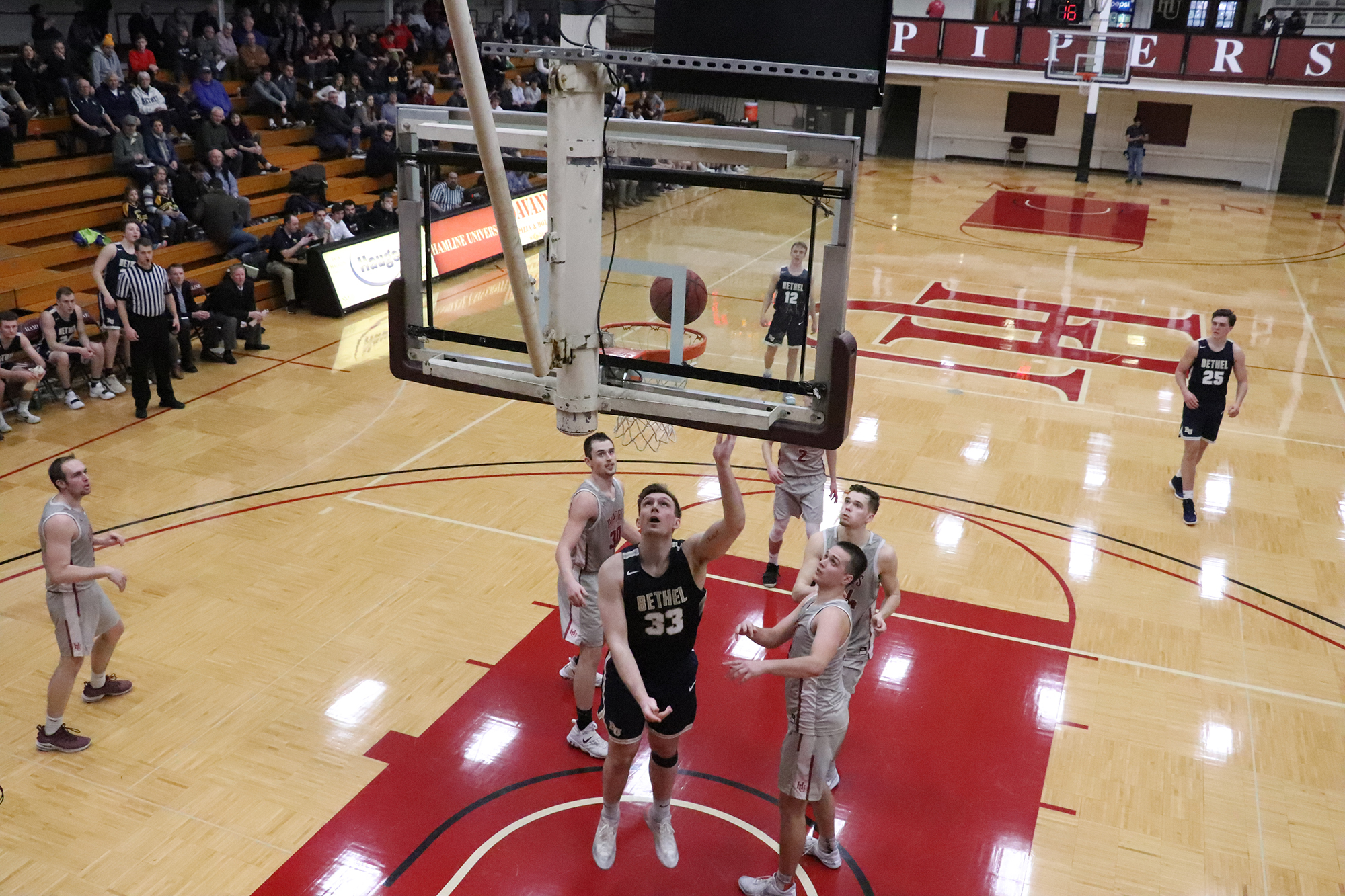 The women’s and men’s hoops teams open the conference tournament with home games on Tuesday night.

Both Bethel University basketball teams are slotted at the third seed in the MIAC playoffs, which begin Tuesday evening in the Robertson Center. The women’s game begins at 5 p.m., followed by a clearing of the gym for re-ticketing; then the men’s game tips off at 8 p.m.

Coach Jon Herbrechtsmeyer’s 19-6 squad faces St. Mary’s University (13-12) in the opener, a team they defeated 13 days ago at home 86-68 behind 22 points from Taite Anderson. The Cardinals are led by forward Brandi Blattner, who scored 21 points against Bethel in the first meeting. This game is a rematch of last season’s MIAC quaurterfinals, in which St. Mary’s defeated Bethel in the same Arden Hills gym 58-54. Tipoff is scheduled for 5 p.m.

The men’s team comes into their quarterfinal game on a program-record 10-game winning streak with a mark of 18-7. Doug Novak’s Royals are led by four players in double figures and boast a top-four offense in the conference. They will face Gustavus (11-14), who clinched a playoff spot with a win over Concordia-Moorhead Saturday. Bethel defeated the Gusties both times this season by scores of 83-64 and 84-81, the latter coming just six days ago down in St. Peter. Tipoff for the late game is set for 8 p.m.

The Clarion will be covering both games with reporters, photographers and live Twitter updates throughout. You can find the Clarion’s feed here.

To watch the game online and get live statistics, follow this link to the BU Royal Network.