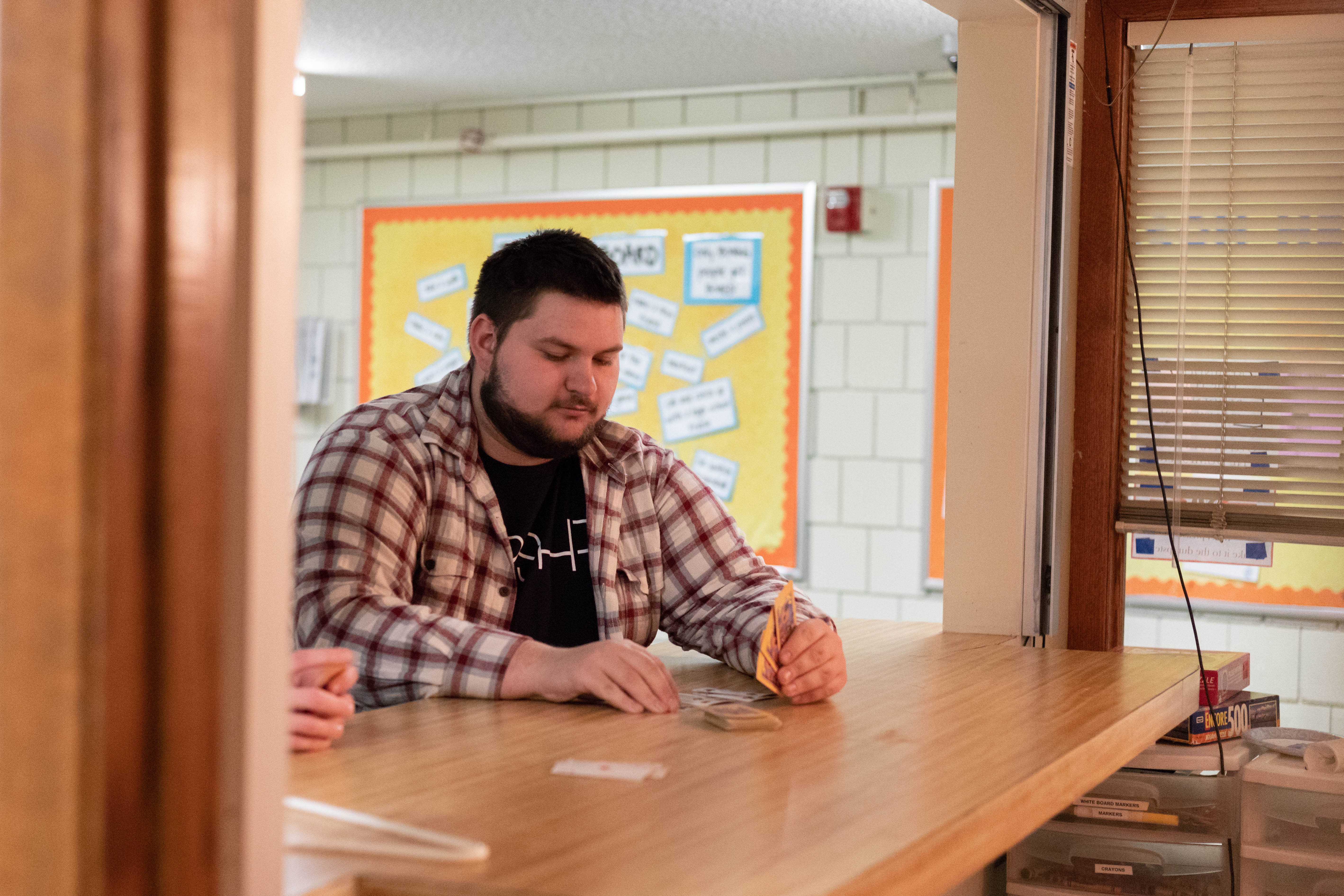 John Chouinard sat at Buffalo Wild Wings this fall semester with both first-year and second-year BUILD students. They all looked at him. Students he had just met. And students whom Chouinard reminded to do laundry every Monday night. Chouinard could see the growth in his second-year students and the potential of the first-year students all around one table on that fall evening.

Chouinard, a junior at Bethel University, just filled out his application to be a BUILD housing mentor for the third year in a row.

During Chouinard’s freshman year, he received an email from the BUILD program asking for applicants to be BUILD housing mentors.

With no plans for roommates in place, Chouinard took the email as a sign to apply for a kind of housing situation that would look different from his classmates.

Before coming to Bethel, Chouinard attended a small high school in Colorado Springs. Due to the size, there were very few students who had intellectual disabilities.

“No one ever stood up for them,” Chouinard said. “No one ever hung out with them. I always felt like I was that one person who would.”

Chouinard filled out the application and interviewed, which led him to getting a job offer.

Chouinard reminds his first-year students to do their laundry. Wash. Dry. Fold. If there’s an event on campus, Chouinard accompanies the students from Nelson Hall to wherever the event is being held.

Some nights, Chouinard stays up all night, tending to his first-year students’ needs.

Chouinard was not planning on being a housing mentor for a second time, until he received another email from the BUILD program asking for housing mentors.

Once again, Chouinard answered the call.

Keeping a group of upperclassmen friends together while living in freshmen housing has been challenging for Chouinard, but he enjoys the opportunity to meet new people.

After being in this position for two years, Chouinard now has a relationship with the first and second year students in the BUILD program. He has seen the timid first-years grow from needing a lot of assistance in Nelson Hall to living in apartment-style rooms almost independently in North Village.

Chouinard is also a Vespers leader.

On the Bethel Leadership retreat in August, Chouinard went from playing drums to BUILD training, and then back to playing drums in one day.

“I like the thrill of it,” Chouinard said, “What do I have next in my day? I always have something. I just forget what.”

Chouinard isn’t the only student who desires this role. Sophomore Kalley Rempel is stepping into a role at the change of semester because she sees something different in this group of students.

“They’re the happiest people I see around campus,” Rempel said, referring to the students in the BUILD program.

Beyond the pay, Chouinard has a deeper passion for the students in the BUILD program. He simply sees them as his fellow students.

Chouinard just filled out his final application with the program, this time for second-year students.

Next year at this time, Chouinard hopes to be living in North with his first-year students again.