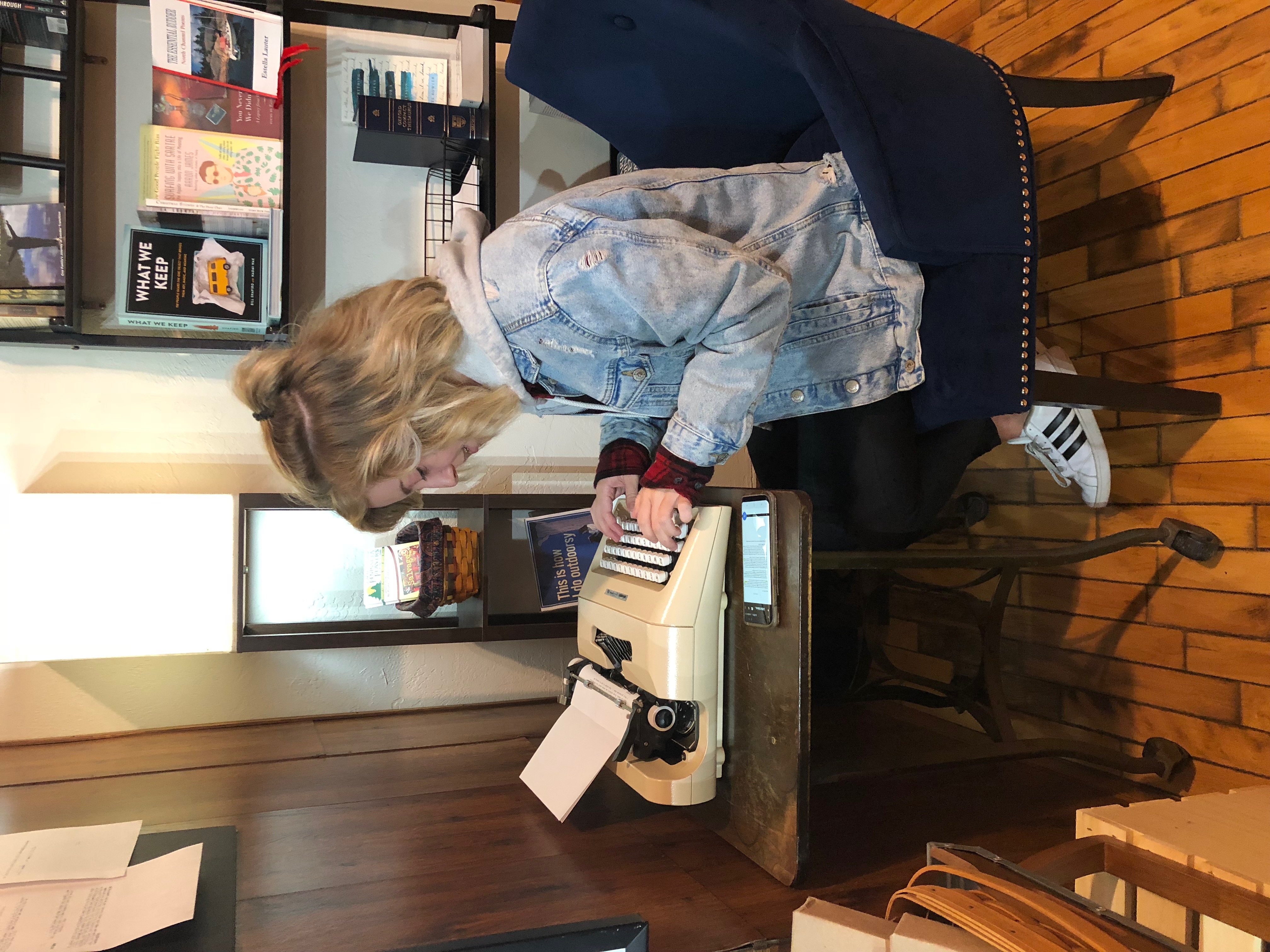 A manifesto on being a 20-something with a migrating identity.

Recently, I put myself in a time-out for the weekend.

Three friends and I took a writer’s retreat to Door Country, five hours and 12 Amish-crossing signs away. We rented a cabin in the woods from a white-bearded man named Ransom. He had freezers full of meat, windows without blinds and a bidet in the bathroom, so we slept with kitchen shears under our pillows. We survived the night and wandered Sturgeon Bay the next morning until we found a bookstore.

Popping our heads in morphed into an hour and a half endeavor. A middle-aged man named John worked the front desk. He was a retired nuclear physicist, or in his words, he made very little objects that made very big booms. He’d lived in Israel and Russia, attended John Hopkins University and owns a signed, original copy of “The Hobbit.” We told John why we were in the area.

“If you write the first paragraph of your stories using my typewriter, I’ll give you a free book,” he said.

English majors flock to free books like Bethel students flock to half-apps on a Saturday night. It took us each 10 minutes to figure out the typewriter. Filled with typos and wonky spacing, we handed him our sheets in return for a collection of essays by Mary Oliver —  a bird-loving, twig-snapping poet who would inspire us to set foot outside our cabin.

John rang the book up for zero dollars. Then he launched into a 30-minute lecture on what we should do with our lives. Though sprinkled with cussing and patronizing, his soliloquy hit hard.

“You’re too young to know who you are,” John said. “You’ll keep changing, so don’t commit to anything yet. But once you’re ready, commit, commit, commit.”

I can’t even commit to a Netflix show with more than three seasons, so his words terrified me. So does the idea of deciding who I am — of hunkering down into that identity.

Identity is a weighty buzzword our culture tosses around. It’s also a common theme found on SparkNotes. We write about it because it’s squishy and subjective and unexplainable, so I’m going to try to explain it. My qualifications? None. I’ve undergone more character changes than Miley Cyrus.

I’ve been called a girly-girl, tomboy, jock, academic, Rastafarian, emo, hippie, prep, hipster, and I have embarrassing photos to prove it. While only phases, I still embraced the qualities the titles evoked. It’s made me wonder: What other pre-made personalities have I thoughtlessly subscribed to? Despite a society that prizes individuality, do we rely on each other to tell us who we are? And then there are the nonnegotiable identifiers: female, white, Christian, student, feminist, Vanilla Ice impersonator. But these descriptors are the red, yellow and blue building blocks — the starter kits that only get me so far. They’re too static to feel satisfactory.

John was right: The one proven statement I can make about my identity is that it’s changing. I can’t define myself yet because the only long-term decision I’ve made is my major, and I switched that four times.

Identity becomes the choices we commit to, not the phases we’ve been through or the tidy categories we fall into. We are not the Patagonia we wear, the insults we lob at hockey games or the clubs we attend for free food and stickers. We are not Christian rap fanatic, flaming Evangelicals. We are not hermit crabs hiding in the shells of our departments. We don’t need a “Mean Girls” cafeteria seating chart, or more people certain of who they are. We need more people willing to evolve, to transcend types.

After we left John’s shop, we drove to Sunset Park on the shore of Lake Michigan. We read “Wild Geese” by Mary Oliver, and the words echoed in my mind as geese, of course, honked overhead. Whoever you are, no matter how lonely, the world offers itself to your imagination, calls to you like the wild geese, harsh and exciting — over and over announcing your place in the family of things.

0 comments on “The self-serving identity crisis”