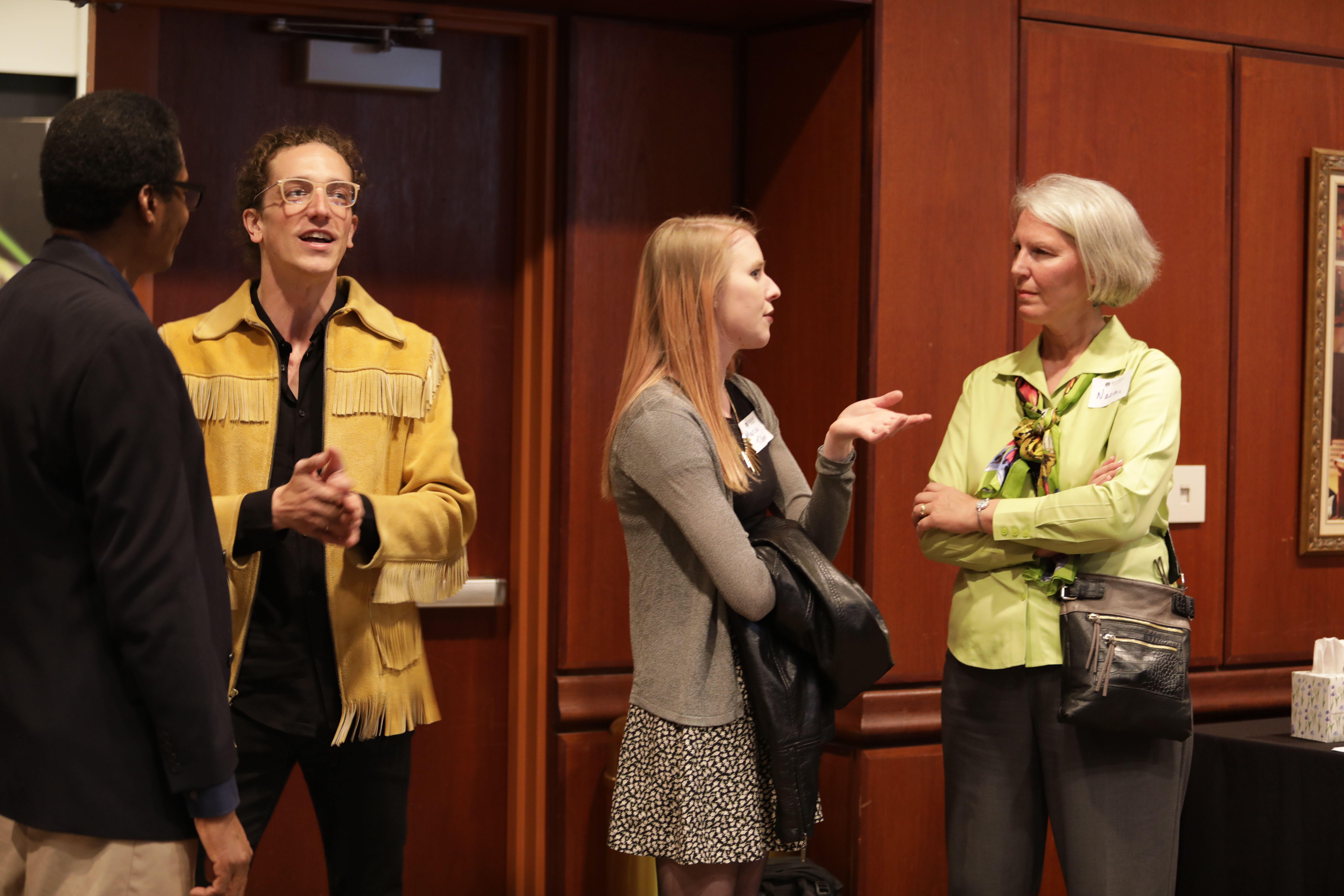 Alumni and faculty gathered to commemorate the closing of the Department of Anthropology, Sociology and Reconciliation Studies

Faculty and alumni gathered in the Eastlund Room Thursday May 9 to honor and celebrate the closing of the Department of Anthropology, Sociology and Reconciliation Studies (DASRS).

There was initial time for mingling and then a mix of alumni and faculty shared their parting words. Many of the alumni speeches were nostalgic and fond, describing the home they found in the “I-pod,” their name for the department’s townhouse offices. Many described the professors as warm, inviting and intellectually challenging.

“Thou shalt not sit with statisticians nor commit a social science,” Auden said.

Hurd added to this line, saying, “We’ve been committing social sciences all these years and gotten away with it until today.”

Some described fond memories of discussing books and carving pumpkins, but others expressed anger and disappointment with the administration.

Marisa Tillman described her status as a missionary kid and how sharing her stories and hearing others encouraged her and helped her feel welcome in the department. She also described how the department challenged her to “look beyond [the Bethel bubble], see what’s going on in the world…how we as Christians, as humans, can make the world a better place.”

Pastor and 1988 alumnus Doug Pagitt discussed how he was a new Christian and came to Bethel for basketball rather than academics.

“Without Dr. Hurd, I would not have made it,” he said.

Administrative assistant Suzi Nelson credited the female professors of the department with “treating [her] like a colleague instead of a 15-hour/week secretary.”

Harley Schreck, professor emeritus of anthropology, reflected on the development and merging of the Anthropology and Sociology departments, his history at Bethel and friendships he developed. He also highlights the achievements of some students who graduated from the department.

Conor Rasmussen, a 2017 graduate, recalled joining the department as receiving a welcome embrace and learning the importance of stories.

Department chair and sociology professor Dr. Samuel Zalanga had many people to thank throughout his speech and stressed the importance of relationships. He discussed the support he received as a minority faculty.

“If I were to be on my deathbed today… [I] may not remember many of the psalms that were preached,” Zalanga said. “I would remember some of these meaningful, honest, caring, trusting relationships.”

He paid particular attention to his friendship with Dr. Odubote, but ended on a note of lamentation. Zalanga described the differences and complexities between conservative and liberal Christianity as well as sociology’s contribution to the university.

“Part of what we’re dealing with in Bethel is something that evangelicals don’t want to deal with,” Zalanga said. “Finance has been able to get access to the inner sanctum of the church, and my hope is that Bethel learns something from this. I pray that this will be a lesson. I don’t want to see another department go through this experience.”

Alumnus Ryan Steel, the final speaker of the evening, reminisced on his time in Townhouse I.

He said that he “should’ve been billed for the therapy-like mentoring sessions… It  was a space for those who didn’t have space to be themselves on this campus.”

Steel cited how many prominent philosophers at Bethel have shaped him as a person and influenced his view on the closing of the department among other recent budget-related events.

To the professors and faculty, he said, “You have planted the seeds that will carry forth the collective brilliance and spirit of this department…In an institution that is guided by masters who tend to say ‘you shall not’ I found myself cared for and educated by masters in this department who said ‘you can do the impossible.’ For that, I am forever grateful.”