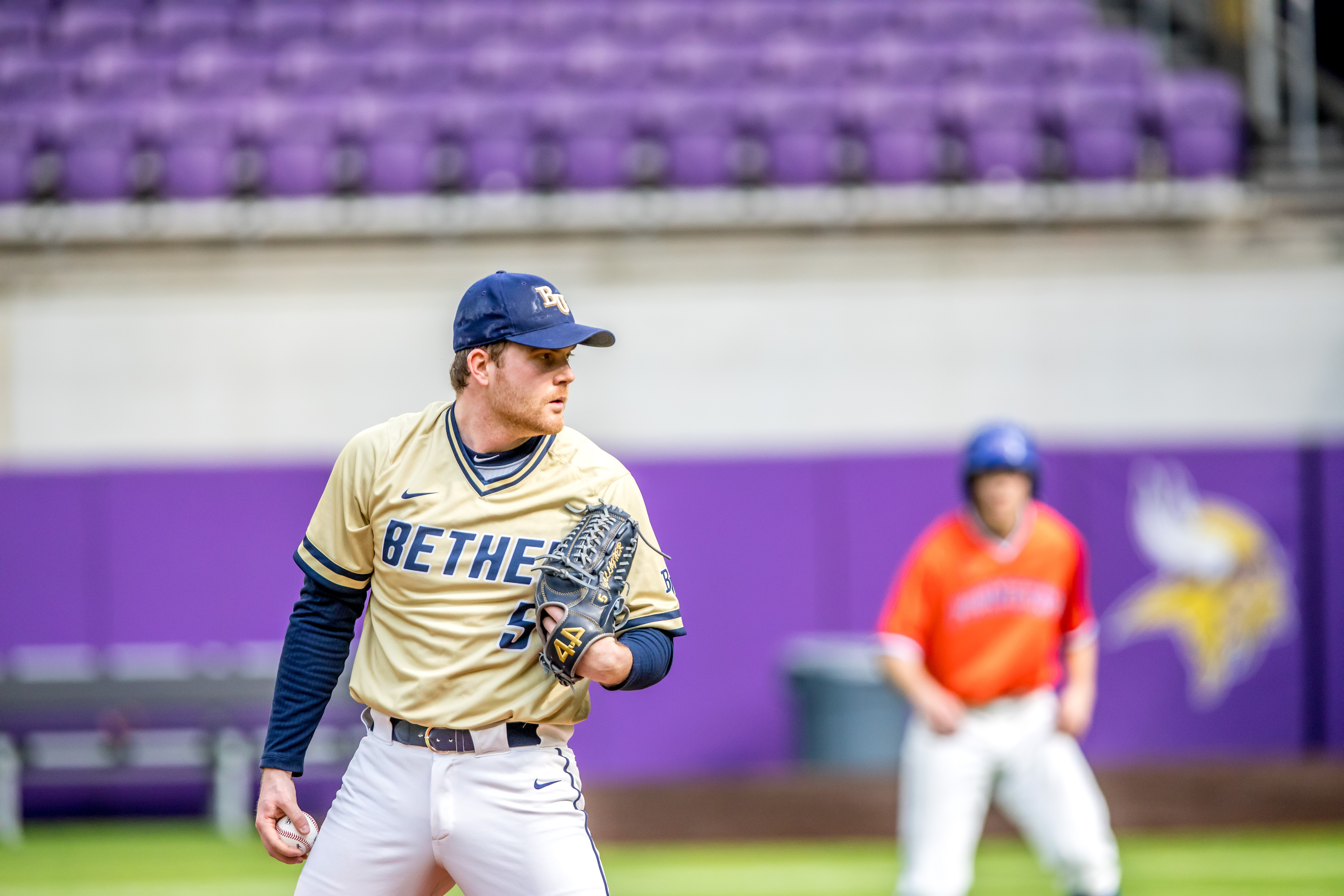 The men’s baseball team started their season last week after three two-game series played at US Bank Stadium in Minneapolis this past week. They played against Wartburg College, Simpson College and the University of Wisconsin-Platteville.

The Royals opened their season with a pair of losses against Wartburg College. The team struggled with just 8 hits in the series. The Royals lost 0-8 and 1-6, before splitting their games with Simpson college, opening 9-6 and falling 0-2 in a pitchers duel.

Their bats started to wake up as the calendar hit March. Strong pitching and fielding now have the Royals sitting 2-0 this month.

“It has been good to go out there and get the first game nerves out,” Junior pitcher Peyton Gallagher said, “We had a slow start but I think the team is really starting to mesh and build a winning culture for the year.”

The Royals won both games against Wisconsin-Platteville with 24 hits combined from both games, the score was 12-1 in their first meeting and 8-1 in their second.

The Royals will now travel to Fort Myers, Florida to play 11 games during their spring break trip.

“The Florida trip is always a good time, but this year especially we are playing 3 teams that were in the CWS last year so the competition will be tough and I’m excited to get to go up against those teams,” Gallagher said.

There were some hot bats from the games played at US Bank Stadium which included senior catcher Mitch Butvilas, who recorded eight hits and seven runs in the six games played, with three of those hits and runs coming against Wisconsin-Platteville in their first contest.

Pitchers Peyton Gallagher and Connor Malcolm currently lead the team with 10 strikeouts each. Gallagher has faced 32 batters in two starts and is posting a 1.45 ERA.

To go along with his 10 strikeouts Malcolm is sitting with a 2.10 ERA and a 1-1 record. He has recorded a complete game and has pitched 10 full innings.

“Connor has been a great leader for the team this year and his success comes from 4 years of hard work paying off,” Gallagher said of his teammate.

With their bats now alive the Royals will be heading on their spring break trip ready to play a pair of games against Wisconsin Lutheran College on Friday, March 14th, at 8:00 and 11:00 am CST.

“Students should know that even though we had a rough start compared to other years, we have a good team,” Gallagher said.