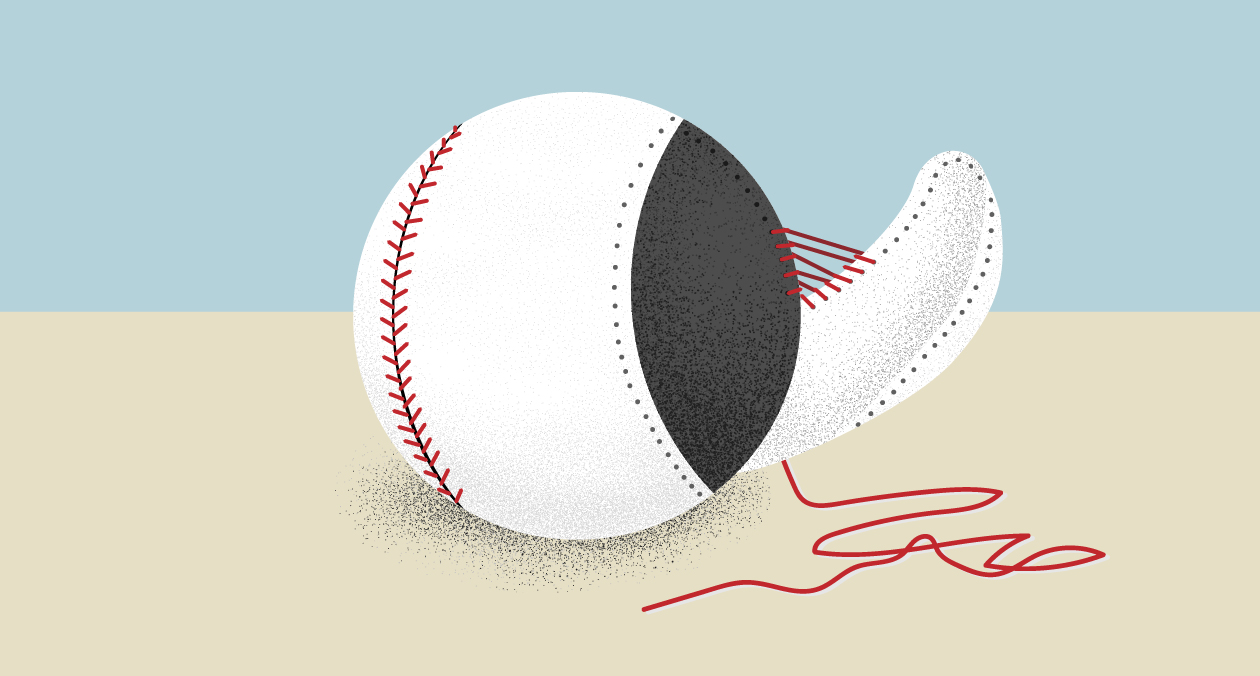 Someone had seen it first on a phone. Rumors quickly started to circulate around the bench. Unease was tangible for those in the dugout. But on the field, it was still game time.

The Bethel baseball team was in the middle of it’s second game of their Florida tournament, but only two games in they were faced with the hard news. Their trip—and season—would be coming to an end.

“Everything just changed in the span of five minutes,” Malcolm said. “But we were still playing in the middle of the game.”

Those on the field were focused on the game at hand, and didn’t have a clue that their next two months would look drastically different from what they had planned before the start of their senior spring.

“I had no idea until afterwards,” Mullenbach said. “I had to hear it from other players who were already starting to tear up a little bit.”

Immediately following the game in Florida against Fairleigh Dickinson University-Florham, the team processed the news of their canceled season. In a meeting with players and families, Bethel baseball head coach Brian Raabe delivered the hard news. Their season was done.

“Everything just seemed so fast,” Marsh said. “We knew our coaches were going to fight really hard for us to be able to play. It was even a little more heartbreaking then because we did have hope throughout the whole thing that it was still maybe gonna work out.”

The Florida tournament was scheduled to happen during Bethel’s spring break, the week of March 13—21. There were seventeen games planned in those nine days. The team opened up the season just three weeks prior with three out-of-conference double-headers at the U.S. Bank Stadium.

With only eight games played in a season planning for forty-four regular season contests, the news wasn’t easy for anyone to take. It was especially difficult for seniors, most of whom will never play on a team quite like this again.

Later that night, the team fit all 36 members that had joined the trip in one hotel room for a players-only meeting.

“Seniors were the ones that called it. We kinda just said how much everyone meant to us. It was important for us to let people know the feelings we were feeling right then and there,” Malcolm said. “And every guy had something kind of different to bring to the table.”

All together, the team had ten seniors looking to lace it up for their last spring. Through off-season training and the beginning months of practice before competition, the group was excited to lead the team with their experience and bonds.

“We felt like we had something special with our senior class and were looking forward to showing that [to the underclassmen],” Marsh said. “I think that they were really excited to be led by us.”

While the seniors were ready to embrace their opportunity to be leaders, they didn’t want to be seen as above anyone else on the team. The goal was to create a culture of being a single unit, where everyone works hard for the betterment of the team.

“As a senior class we were really trying to emphasize that all our teammates were valuable to the overall mission of the Bethel baseball program,” Marsh said.

With a roster listing forty-three names, not every player is promised a spot between the foul poles. While a disadvantage on some teams, the Royals see it as a strength.

“No one was entitled to anything. That’s what I really enjoyed about our team,” Mullenbach said. “Everyone grinded as if they were gonna be out there starting game one. That’s what I took away, that ‘never give up’ mentality.”

For these seniors, Bethel baseball has been more than a sport, but a family. They have seen winning seasons for their past three years at Bethel, and were eager to get one more in before graduating. Being successful on the field was not the only goal, though. Dahl speaks to how the relationships he has built through the program have been much more influential than the wins.

“Knowing that all of the hard work that I put in throughout my first three years would end like this was a hard pill to swallow,” Dahl said. “Even harder than this, though, was knowing that I would never practice or play a baseball game with any of my fellow seniors I have played with for the past four years.”

Most seniors will be closing the book on their favorite sport with post-graduation plans set in place. Malcolm, however, is debating taking advantage of the recent NCAA ruling that would allow seniors an extra year of eligibility. Even so, playing without his fellow seniors is something he isn’t sure he wants to do.

“I’m still thinking about going back next year,” Malcolm said, who is planning on attending Bethel’s special education graduate program for the 2020-2021 school year. “If I were to go back and they wouldn’t be there, that’s the part I’m struggling with the most.”

Despite the unprecedented end of their baseball careers, these seniors have been able to find an objective perspective.

“We’re not the only ones going through it,” Mullenbach said. “And now [the underclassmen] have the chance to really be grateful that they will get another chance to play collegiate sports.”

“Like Coach Raabe would say, if this is the hardest thing that I ever have to go through, I will have a pretty good life,” Dahl said.

0 comments on “Between two foul poles”