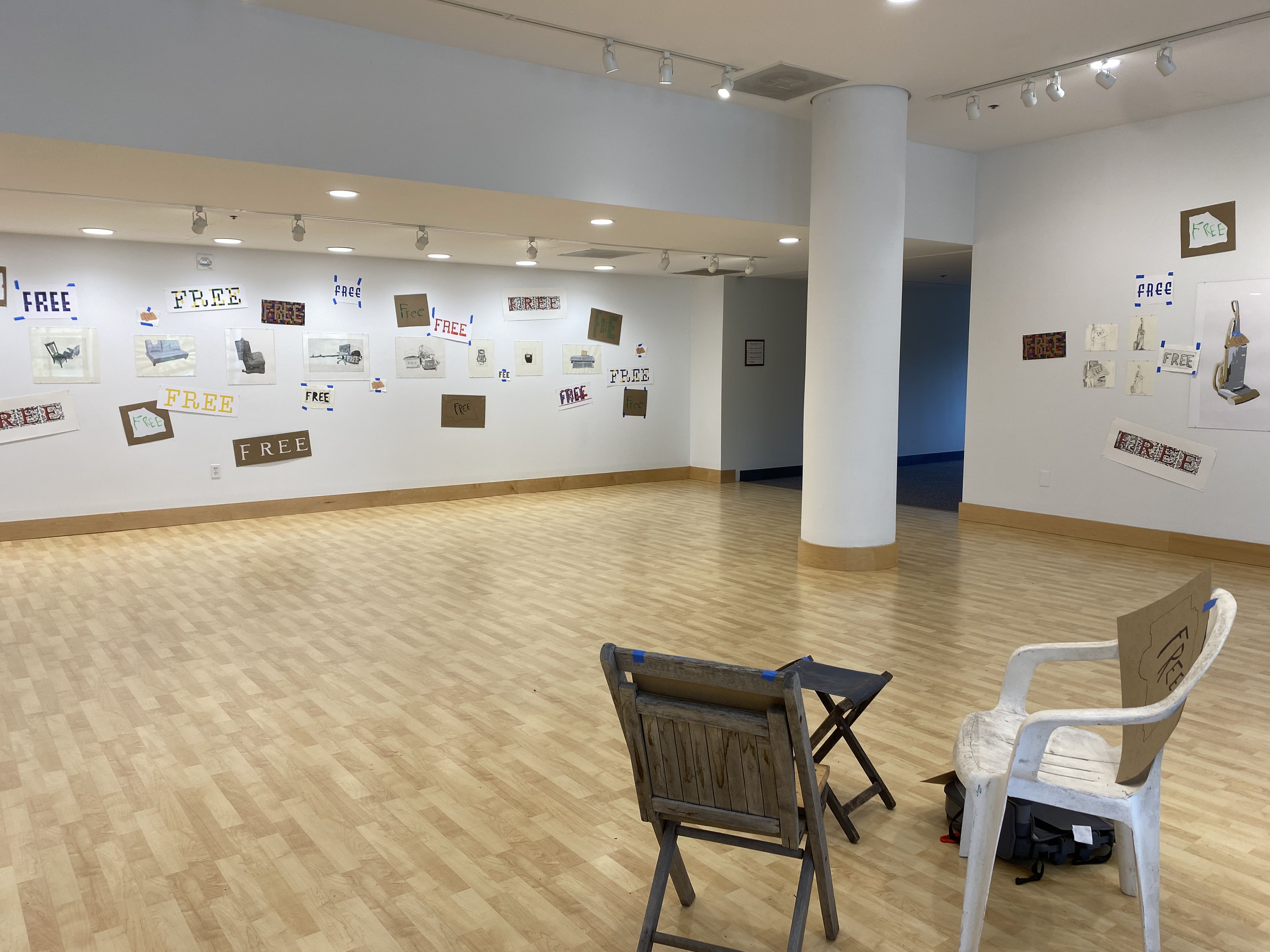 After a sabbatical away from Bethel, Jeff Wetzig returns to speak about his art exhibit displayed in the Olsen Gallery, FREE.

Jeff Wetzig gave a talk in the Eastlund Room September 23 on his sabbatical artwork, titled “Free.” Wetzig has work featured in the Walker Art Center, Minneapolis Institute of Art and Minnesota History Center.

For this presentation, Wetzig focused on two topics – his house, how he built it to live off the grid and his art, specifically this exhibit.

Wetzig started his story in 2011: the year he began to hand build his house in rural Wisconsin with his wife. Their goal was to live off the land with help from solar panels, water systems and a kiln for his wife’s pottery. A few summers later, the pair accomplished clearing the area and intricately cutting pieces of wood to build the timber frame of their house. Wetzig distinctly remembers the day the frame’s pieces came together.

“After my marriage and the birth of my children, this was the fourth biggest day of my life,” Wetzig said.

On that day, the family got the support of over 40 people from different areas of their life to come out and help them raise the frame of their home. A few more summers went by and soon enough they were fully moved into their home.

While Wetzig had previously commuted to his job at Bethel from his home in Minneapolis via bike, he now had a longer drive from his Wisconsin home. But before that all began, while biking to work every morning he picked up a new project. On his commute, he would look for intriguing items along the side of the road, marked with a free sign. He would wonder how they ended up on the curb: how suddenly they were of no monetary value to the owner.

After gathering inspiration from someone’s discarded items, Wetzig began working with his speciality, still life, and intertwining that with a watercolor variation of Japanese woodblock printing to create the exhibit now displayed in the Olsen Memorial gallery above Benson Great Hall. He originally planned to do this project using screen printing and using this as a way to “memorialize” these discarded objects.

Wetzig is now teaching his drawing classes once again after his sabbatical. His passion shows clearly through his art currently displayed on campus and across the metro area.