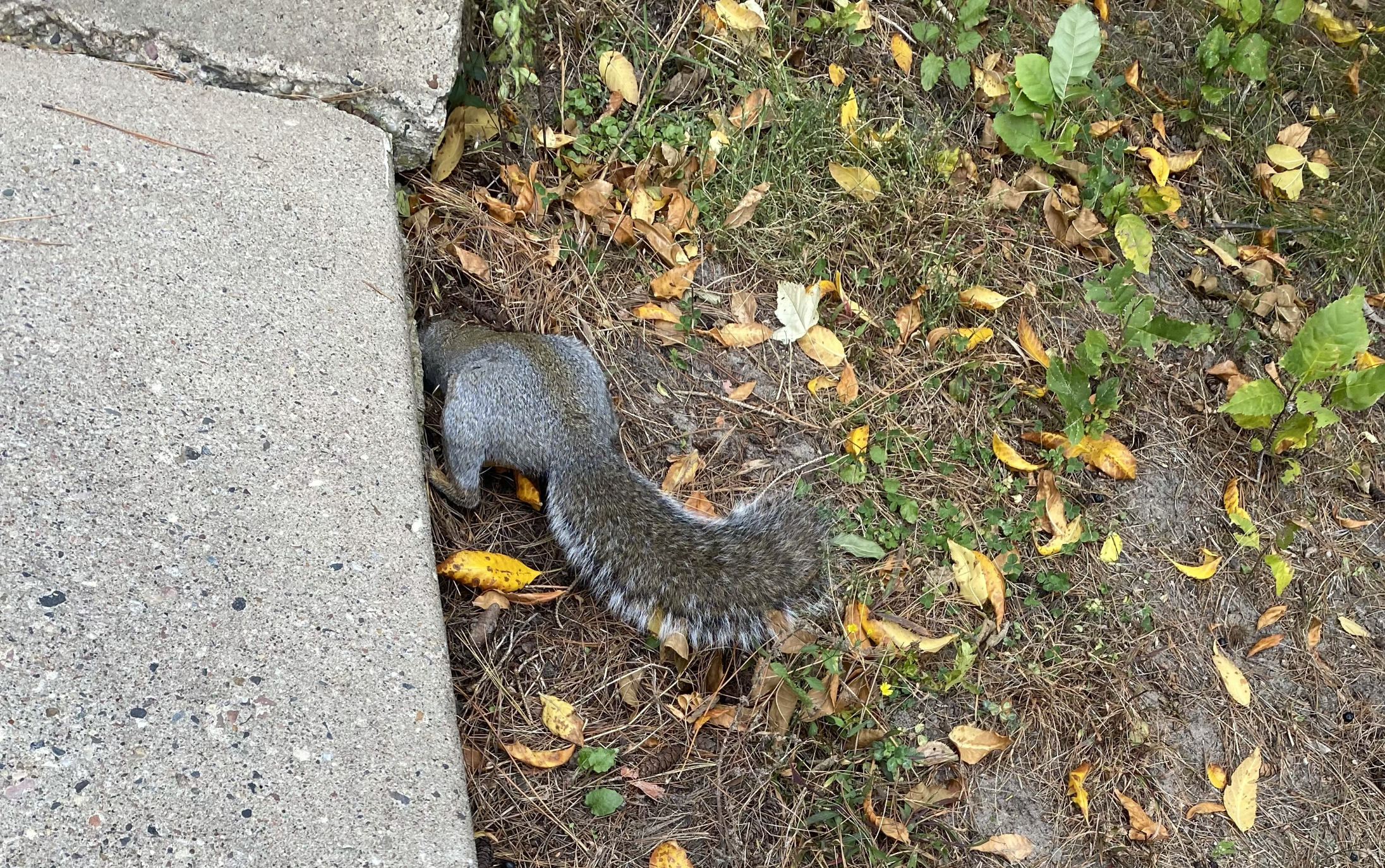 My walk home plays out as an animated animal battle daily.

Often as I walk back to Lissner Hall alone, I begin to fear that I’m not the only one there.

Rustling in the trees.

The creatures I can’t see innocently play amidst the shrubbery. They gather nuts and talk to their friends. Their fur blows in the wind. The squirrels are majestic, really, to any onlooker.

But not to me.

When I step into the woods, I’m transported to a scene from the 2009 Disney movie “G-Force.” I assume the rodents sport spy gear as they whisper, plotting their attack against me. They switch on their night vision and laugh at my unknowingness. Although, it doesn’t feel fantastical like the movie, which holds a 22% on Rotten Tomatoes, it’s vivid. I fully believe that the squirrels are out to get me.

I take off. I run, checking my surroundings with each step. I walk widely around the garbage can, assuming a squirrel is preparing to launch out. I’ve seen it before. A squirrel leaps out of the trash receptacle and sprints away holding an empty McFlurry between its teeth. You can’t tell me that those same teeth couldn’t wound me. They could. They would.

The squirrels at Bethel aren’t afraid of anything and that’s what makes me afraid.

Not to mention their entourage of warrior wildlife. I have seen rabbits, birds, cats and even a turtle on the same path. Hello? “Teenage Mutant Ninja Turtles?” Plus, there has to be some gnarly creatures in Lake Valentine. Maybe a Loch Ness monster. Either way, I’m not oblivious to the fact the animals have to have formed an alliance.

I don’t have night vision or numb chucks, so I clutch my green backpack straps and make a run for it. Eyes to the ground. One foot in front of the other.

How to avoid the squirrels and their entourage: move fast, stay in groups and keep your eyes peeled.

As I run through the woods, the animals say hello to me and tuck back into the greenery, reminding me that maybe they aren’t so bad. I throw my bag down next to my desk and head to bed. A good night’s rest is essential in preparation for tomorrow’s itinerary of animated animal battles.